Ajit Rangnekar is the former Dean of the Indian School of Business (ranked by Financial Times as 34 in its 2013 ranking of the world's leading business schools). He was the Dean of the Indian School of Business (ISB) from January 2009 to 31 December 2015. In 2011, he was appointed as a director of Graduate Management Admission Council, the sole Indian on the team. Prior to that, he held the position of Deputy Dean at the School from March 2003 to December 2008. Prior to ISB, he was the country head, first for Price Waterhouse Consulting and then for PwC Consulting, in Hong Kong and the Philippines. He was head of the telecom and entertainment industry consulting practice for PwC in East Asia (China to Indonesia). Rangnekar completed his undergraduate degree from the Indian Institute of Technology, Bombay, and his post-graduation in management from the Indian Institute of Management, Ahmedabad.

Dipankar is a very dynamic active individual working in the film and media industry for the last 18 years. He is well connected in film projects that are executed nationally and internationally. He currently owns the biggest post production studio set up in eastern india catering to regional ,national and international films. He has been credited for 257 feature films most of which have been executed at his studios. He has been rewarded with National film award 2012 from President of India, Zee Cine awardangla r Gulab,vitacom award, newsmaker award 2013,filmfare award 2013,mahanayak samaan award 2014, national fim award 2013,and felicitation ,certification from Rabindra bharti university 2015 for achievements in cinema.

Ganesh Mandadi is an author, motivational speaker, entrepreneur, farmer and philanthropist. Prior to his entrepreneurship pursuit, he has over 17 years of highly rewarding and successful corporate career in Financial Services and IT domains. To his credit, he has an extensive global working experience in over 10 countries including in India, United States, Thailand, UAE, Singapore, Papua New Guinea and other Middle East countries. His life journey spanned from a difficult childhood, a school dropout in Grade 8 due to prolonged financial distress in his family and he had a complete disconnect from formal education for over 7 years and struggled for basic survival for years, spent his teenage years in full time farming. He reconnected to formal education by pursuing B.Com through distance education, than pursued his regular MBA from Madras University, which was the turning point for his professional career. His school dropout life phase ignited his passion towards learning.

Trained in Hindustani Classical vocal and Kathak, Harini Madhira started her professional journey with some of the most prestigious organizations such as Saregama,Music Today, Wizcraft etc. Her 14 years of experience in the music industry and associations with various artists have helped carve a niche for herself in the event space. Her passion for Indian art forms motivates her to conceptualize range of concepts and present the musical art form and new talent in its most interesting and innovative form to the connoisseurs of fine arts. She founded Cisne for Arts in 2009. Cisne for Arts has been incessantly trying to bring mature audience and generation next together with the help of Indian Art forms as the medium for messaging. The aim of Cisne for Arts is to bridge the gap between Art and Culture of India and its varied audiences – Fine Arts For everyone Harini Madhira has over 22 years of experience in various roles in artiste management,event management and production.

Professor Jeremy B Williams (PhD, SFHEA) has more than 30 years of experience in higher education. He has held senior positions in both university and corporate sectors in several countries including the UK, Australia, Singapore, India and UAE. He has published three textbooks, more than 40 peer-reviewed papers, and over 50 other articles and papers. Specialising in the economics of sustainability, Professor Williams is currently employed by Zayed University in Dubai. He is also the founder of a sustainable enterprise called Green School for Girls.

Joanne Jacobs is an award-winning digital strategist and company director, and she is the Co-CEO (with Gavin Heaton) of Disruptors Co, a firm that facilitates incubation of innovation in enterprise, and creators of TheAir.works. She is an Industry Fellow at the University of Technology Sydney, and she is an active mentor of startups. In her career, Joanne has worked in London where she ran a social media production house, and she was a consultant in social networking technologies, as well as a professional speaker, business coach, trainer and strategist for digital marketing practices. Joanne also has a long history in academia, lecturing extensively in strategic use of information technology and strategic internet marketing. She was co-editor with Axel Bruns of the book, Uses of Blogs (2006).

Manisha, a holistic-living enthusiast and Yoga specialist, has been personally practicing Yoga for over 25 years now. In 2005, she decided to make her relationship official and started teaching Yoga. Since then, her journey has been unstoppable. In 2009, she completed a 300- hour teacher training course at Sivananda Yoga Vendanta Centre. Along with that, between 2008 and 2012 she also added advanced teacher training courses to her capabilities, as well as specializing in Yoga Therapy. She has even briefly studied psychology to marry her knowledge of the body, with the emotional needs of the mind. Since 2012, she has practiced various Yoga disciplines and styles including Bihar school, BKS Iyengar, Power Yoga, Acroyoga and Ashtanga Vinyasa (Mysore). She particularly believes in the healing power of Pranayama and Breathwork. One of Manisha's passions is to make it plain to the world that Yoga is for everyone, regardless of age, cast, creed, gender, religion or background.

Ravi Dabbiroo is an Outdoor Educator, Author & Coach. He helps your children to reach their limitless potential by Coaching them to Be Deep thinkers, Mastering them to ace Deliberate Practice & Amplifying their Mental Toughness with his Himalayan Semester. Children witness an increase in Self Worth & Self Reliance.

Shri Shyam Sunder Paliwal, popularly known as "Father of Eco-Feminism" is the creator of Piplantri Model Village, who beautifully combined and secured two essential aspects by planting 111 trees on the birth of every girl child in his Panchayat. He was elected as the Sarpanch of Piplantri Gram PAnchayat of Rajsamand District, Rajasthan, in 2005 and implemented his innovative idea to save the girl child, trees, water, land and wildlife by providing environment related employment to the community. Shri Paliwal's contribution towards social upliftment has been acknowledged by the Government and various other organizations of the state, national and international levels.

At 13 yrs, she got her name in the limca book of Records, for being a part of India's first TV channel run by children in school. Since then she explored over 30 roles in media and education working across concept to execution of projects as a journalist and producer with Star news, TV9, TOI, Radio One 94, mid day, sahara samay, hungama TV etc. 17 international Awards and 9 national awards in films made by children , Shweta has produced over 200 short films that have screened at 50 international film festivals across the world. 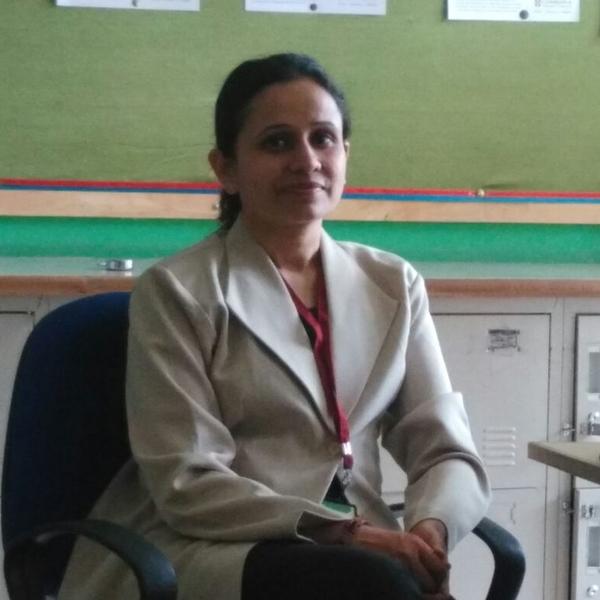