Theme: Recipe for the Future

In this period of uncertainty we need a recipe to orient ourselves in complexity that the future holds. It will be up to us to choose our best scenario to pursue. The eleven speakers of TEDxBergamo will guide us to discover original ingredients to mix to give life to new forms of knowledge.

He has worked as a strategic consultant for various non-profit organizations, including the United Nations. Today it is committed to building an innovative organization model, capable of generating social impact through the intersection of business, education, culture and social development. In particular, it helps young people to use creativity to bring about social change.

Founder of the non-profit Covmatic project: a new Biotech laboratory concept that allowed, during the COVID pandemic, to increase the potential testing capacity from one hundred to over five thousand swabs per day.

Director of the Pathological Anatomy Department at the Papa Giovanni XXIII Hospital in Bergamo, he played a fundamental role in the fight against Covid. His contribution was instrumental in choosing the most appropriate pharmacological treatment and the absolute value of his work has been recognized around the world.

Co-founder of the Creative Leadership Foundation

He began his career in New York working for a management development company. Today he lives in Bergamo and is dedicated to the creation of educational programs on leadership, aimed in particular at young people and women.

Founder of the "Tree of Stories" Association

Born in Naples, at the age of six he moved to Scampia, where he spent a difficult childhood. He leaves school and is enlisted by the Camorra. After having lived the experience of prison, he decides to change his life. Today she helps the children of Scampia, helping them to face and change reality, through dialogue and above all the books that she defines as “silent educators”.

In 1990 he left his desk to join the del Moro di Venezia team that was preparing for the America's Cup. Since then he has collected seven America's Cup participations and has been part of the Luna Rossa team in the 2000, 2003, 2013 and 2021 matches.

In 2019 he quits his job and creates "Happiness Project": a journey in search of the ingredients of the universal recipe for happiness. In 2021 he is the first Content Creator to participate in a rescue mission on the Ocean Viking of SOS Mediterrané.

He coined the term “City Quitters” and his book, with the same title, tells 22 stories of happy moves from the city to the countryside, in 12 countries. As a passionate witness to a process that is spreading more and more, Karen began to wonder what is missing from urban life that is so decisive that it pushes many to move away from it.

Creator of the “I Buoni Sani” project, which concerns the world of food in the round and which she carries out in her city, Bergamo. For her, food can and must become a tool to create well-being on a physical level and, consequently, on an emotional, mental and spiritual level.

Author of "Between the stars and a little further", she has a great passion for space and the dream of becoming an astronaut. He has hosted some programs dedicated to children on Rai Gulp. The national press has indicated her among the fifty most influential women of 2019. She distinguished herself for her ability to involve young people, spreading unexpected and very fascinating themes.

After years of international experience, in 2005 he founded the “Valerio Cometti + V12 Design” studio in Milan. In 2020, together with partner Marco Generali, he decides to broaden the horizons of his creative consultancy activity, turning his gaze towards the cosmos and launching V12 Design space. 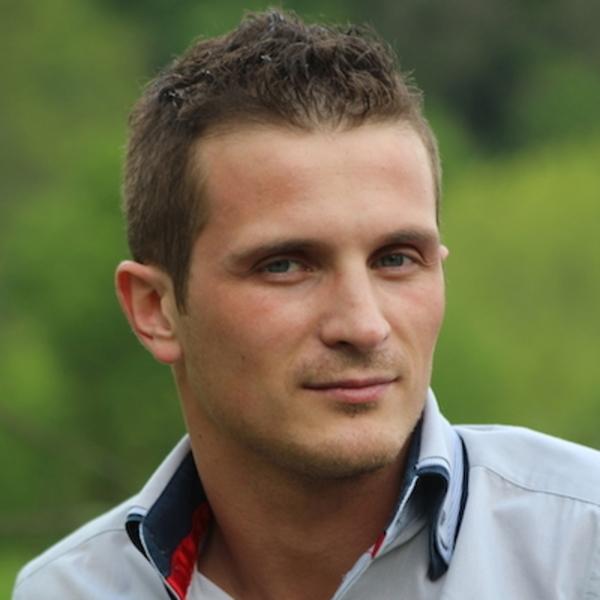