Singapore often punches above its weight. “Big Ideas from The Little Red Dot” looks at how out-of-the-box thinking, guts and creative gumption have enabled the country and its people to overcome natural, historical and geopolitical challenges – sometimes through trading on these very limitations - and along the way, provide the world with some very innovative and transformative ideas.
From the technological miracle that is NEWater to the restorative benefits of cloaking an entire country in tropical greenery; from the dynamic vision and creative energies of women to the enduring appeal of Singaporean street food, TEDxNUS2020 showcases and celebrates the human ingenuity and determination behind the pursuit of creative solutions, and also reminds us that diminutiveness does not determine destiny.

Angel is a professor, researcher, writer and speaker who spends much of her time analysing large datasets to develop policy solutions to the world's most pressing environmental problems, such as climate change and air pollution. She founded and directed Data-Driven Lab, an international team of interdisciplinary researchers, scientists, programmers and visual designers that works collaboratively with scholars and practitioners around the world to collect, transform and communicate information, creating new knowledge and policy tools designed to make the world greener and healthier. Her work has been published in scientific journals like Nature and Nature Climate Change and featured in media like The Economist and the New York Times. Angel was also a TED 2018 Age of Amazement speaker.

Angeline is no stranger to the tech industry. A serial entrepreneur who launched one of the top online auction outfits in Singapore called Sold.sg, Angeline joined a Softbank Affiliated Fund focused on investments in SEA and Philippines after she sold her company. She later joined Grab where she started Grab Bike and Grab Express in the Philippines. With her experience, she founded Angkas in 2016. Today, Angkas is the most popular ride-hailing and delivery service app for motorcycles in the country with over 27,000 biker-partners and over 3 million app downloads. A former JP Morgan banker turned entrepreneur, Angeline is showing no signs of stopping with her advocacy for safety and regulation on motorcycle taxis, an issue that impacts the lives of millions of Filipinos every day.

Formerly an avid scuba diver, Anqi started freediving in 2014 and found it a whole new and liberating way of experiencing the ocean in a single breath. In 2015, she moved to the island of Panglao in the Philippines and started competitive freediving. The first female freediver to represent Singapore on the international stage for freediving, Anqi has gone on to do Singapore proud by winning several competitions and setting new national records and personal bests. In 2019, she represented Singapore at the Confederation Mondiale des Activites Subaquatiques (CMAS) 2019 World Freediving Championships in Honduras. She now holds the Singapore national record for all depth disciplines with the deepest dive to 70m. She is ranked top 14 in the world, for female overall depth category in 2019. As an ocean ambassador, she is passionate about ocean conservation and is the founder of the Sea Glass Project (seaglassproject.etsy.com), using upcycled sustainable fashion to promote ocean conservation.

Born in Cairns, Australia, music has taken Prof Bernard Lanskey around the world, interacting with musicians across more than 40 countries and all continents in projects centred in Asia, Europe, Northern American and Australia. His studies took him to Paris and London, leading to his appointment as a member of the Guildhall School of Music & Drama’s Directorate, one of the world’s leading performing arts institutions. As a pianist, he has performed throughout Australia, Southeast Asia, China, Great Britain and in most European countries, working and recording principally with string players and singers in chamber music, mixed recital and lecture-recital combinations, drawing also on insights garnered from philosophy, cognition and nature. Today, with over 25 years of experience as an administrator, collaborative pianist, scholar, recording producer and festival director, Bernard is one of Singapore’s most influential musical educators.

Bilahari Kausikan is the ‘undiplomatic diplomat’ who needs no introduction. The former diplomat and civil servant served at the Ministry of Foreign Affairs for 37 years, as its second permanent secretary for 12 years, then permanent secretary, and finally as Ambassador-at-Large. Known for his clarity of thought, razor sharp mind and forthright manner of speaking, Bilahari is an eminence grise in the foreign policy circle who speaks authoritatively and with conviction on issues of international diplomacy. He is also the chairman of the National University of Singapore Middle East Institute, which aims to provide alternative views on issues relevant to Singapore.

Named as an honouree of Tatler Asia’s Generation T List 2019, Dean leads an internationally-recognised team in the field of biomedical science based on his trailblazing work in artificial intelligence (AI) to create precision and personalised medicine. With his innovative AI platform, Curate.ai, which has tailored and optimised combination therapy for individual patients, Dean is driving medical innovation at the highest level. The accomplished scientist is also making an impact in emerging areas of nanomedicine and the use of nanodiamonds for drug delivery and imaging, initiating a first-in-human clinical trial to validate a nanodiamond-biomaterial device for wound healing applications. In 2018, Dean became the first NUS academic to be elected a Fellow of the United States National Academy of Inventors (NAI), the highest professional accolade for academic inventors.

From a fledgling nation beset with numerous water challenges in its early years, Singapore has overcome its vulnerability, thanks to a gritty vision that envisaged an integrated, sustainable water strategy with NEWater, Singapore’s own brand of recycled water at its core. And the man behind the development and introduction of NEWater is Harry Seah, the Deputy Chief Executive of Operations at PUB, Singapore’s national water agency. In his current role, Harry ensures that the entire integrated water supply, used water and drainage networks run like clockwork to supply clean, wholesome drinking water, quenching the thirst of 5.5 million Singaporeans. A well-respected figure in the global water arena, Harry regularly features on Water and Wastewater International’s Top 25 Global Water Leaders, a who’s who of the thought leaders in the water industry.

The New York Times calls him a “food guide maven” while CNN hails him a “Guru of Grub.” Accorded and recognised as Singapore’s Food Ambassador by the late Singaporean President Mr. SR Nathan, KF Seetoh lives and breathes hawker cuisine. He is the founder of Makansutra, a popular hawker good guide that celebrates and promotes the best of Singaporean street food culture. Beyond the yearly guidebook which is now into its tenth edition, Seetoh has produced and hosted eight food TV series. These include Makansutra Raw on regional and local television and The Food Surprise on Discovery TLC Asia. He has made numerous appearances on food and lifestyle TV shows worldwide, including The Vision, China’s most watched food and travel show with 400 million viewers, Anthony Bourdain’s various programmes, and The Martha Stewart Show. Seetoh is also the owner and operator of Makansutra Gluttons Bay at The Esplanade, a local dining experience set amidst the alluring cityscape of Marina Bay.

Lena is the Senior Director of International Biodiversity Conservation Division at the National Parks Board, the agency responsible for evolving Singapore from a Garden City to a biophilic City in a Garden through the management of the Nature Reserves, Singapore Botanic Gardens, parks, roadside planting, park connectors etc. Passionate about conserving the native flora and fauna of Singapore, Lena has collaborated with the Secretariat of the Convention on Biological Diversity and the Global Partnership on Local and Subnational Action for Biodiversity to develop the Singapore Index on Cities’ Biodiversity, also known as the City Biodiversity Index. She had also helped prepare nature conservation strategies for various Malaysian state governments in the 1980s as part of her work for the Worldwide Fund for Nature (Malaysia).

A/Prof Mathew Chang is at the forefront of synthetic biology, leading a multi-disciplinary team of international researchers to develop medical solutions by re-programming cells to perform new and useful biological functions. His lab seeks to precisely edit the genomes of bacteria that live within the human body to create living medicine for a variety of diseases. Matthew’s biggest dream as a scientist is to be able to harness the power of science and biology to make a positive impact on human lives and help as many children as possible.

Making up nearly a third of Singapore’s workforce, migrant workers toil day and night to help to build the place that we call home today. These unsung heroes deserve our respect and appreciation for all the hard labour they have put in. One man who has been working passionately to do this is Shaun Lee, who helms Project Chulia Street, a non-profit group that aims to improve the well-being of migrant workers in Singapore. Armed with a mission to redignify migrant workers and help Singaporeans see their guest workers in a new light, Shaun organises fiestas where volunteers, corporates, and the community can gather to give back through food, medical care and tabletop games.

Listed in Forbes Asia’s inaugural “30 Under 30” list as one of 30 outstanding changemakers in Healthcare & Science and as a Young Outstanding Singaporean Awardee, Wai Jia’s work as a humanitarian doctor to catalyse change in underprivileged communities has been recognized globally. Having embarked on a road less travelled, her battle with depression did not hinder her from serving the poor in Africa or writing and illustrating poignant picture books for advocacy and philanthropic purposes. To date, she has raised more than $200,000 for orphans, women rescued from sex-trafficking and refugees. She is the Founder of Kitesong Global, an international non-profit organisation that empowers underprivileged women and children, with a vision to set every dream free. Truly, Wai Jia represents the strength, purpose and inspiration to women today. 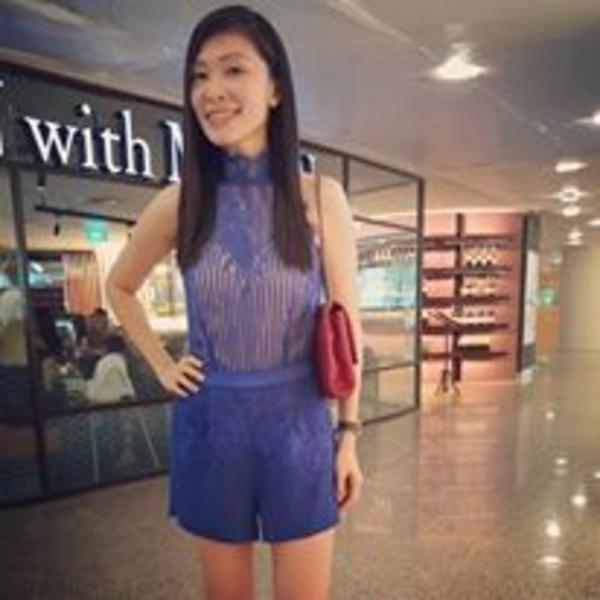