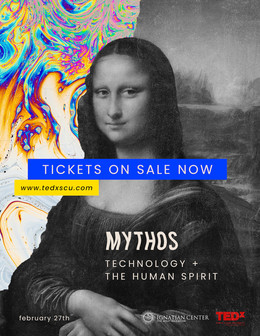 When we think about our past, the identities of our different cultures, and the legacies we leave—we realize they are all accomplished through one act: storytelling. Mythos is about just that: stories, themes, recurring patterns, the fabric of our humanity.

Myths traverse the line between fantasy and reality, because while Greek mythology and ancient folktales might speak about Gods and magic, myths and stories still serve a distinct purpose for us. They ponder the fear of the unknown, ask questions about the trajectory of society, and most importantly—spread ideas that can begin new narratives. This year, we ask you to join TEDx Santa Clara University and the Ignatian Center as we present a line-up of student and guest speakers to tell their stories—and the stories of others.

Dr. SunWolf has been a trial attorney, an appellate attorney, and the Training Director for Colorado’s Public Defender Office, until she left to get her M.A. and Ph.D. degrees at the University of California—studying juries, persuasion, and group communication. Her commitment is to bringing the book-scholarship of social science to the streets and, occasionally, calling out social injustices. She had also been a performing storyteller, studying with some of the most talented tellers in the country, so she added storytelling to her scholarly research. She has published numerous articles about narrative and the effects of both storytelling and storylistening.

Ellie is a senior majoring in Anthropology and minoring in Sustainability. She spent ten weeks in the Costa Rican rain forest studying the vocalization habits of Mantled Howler monkeys and is considered a global nomad after living in South Korea, Australia, and the United States. Learning about and being immersed in different cultures has taught her that harnessing vitality drives cultural experience. As a TEDx speaker, Ellie seeks to share her observations about how the plant world can invigorate a state of aliveness within each of us. This talk explores how to reinvigorate natural character into the city by implementing urban greenspaces.

Jamie Workman is a pioneering writer and entrepreneur in the design of equitable conservation markets for freshwater and marine resources. As a founder of the online water credit trading platform, AquaShares, he has helped establish water markets in California and Morocco involving hundreds of users. Prior this, Workman was the Deputy Director of Environmental Defense Fund’s Solutions Center for fisheries markets, launched the International Water Association’s magazine The Source, was senior advisor to the World Commission on Dams under Nelson Mandela, and served as a White House appointed speechwriter to U.S. Interior Secretary Bruce Babbitt. Workman is author of the award-winning Heart of Dryness: How the last Bushmen can help us endure the coming age of permanent drought, and co-author of the forthcoming Sea Change: The fishermen’s revolution that is replenishing life offshore and on.

Maddie is a senior student from San Diego, California. She is also the founder of GirlZ, a youth marketing consultancy that has worked with companies such as the NFL, Big Lots, SmileDirectClub, Taco Bell and Chipotle and been featured in publications such as Forbes and Inc. Through cold emails, Maddie demonstrates how one can build a company, build relationships, get advice, find mentors, raise capital, and get a job or internship. This TEDx talk explores the power of cold email and what is possible when we try.

San Francisco native Nato Green is the country’s only semi-functional hybrid of comedian, writer, and union organizer. In 2018, Nato Green released his second comedy album The Whiteness Album on Blonde Medicine Records, appears in the film Sorry to Bother You, and lived in Cuba for six months. Nato's humor commentaries have been published in the San Francisco Examiner, the LA Review of Books, In These Times, VICE, Truthdig, Huffington Post, the San Francisco Bay Guardian, The Rumpus, and The Bold Italic.

Parwana, a Bay Area native, is a senior student with a biology, public health, and Spanish studies triple major looking to continue on to medical school after graduation. Parwana is passionate about healthcare and health policy, especially as they pertain to marginalized and minority communities. Through her biomedical research in both local and national capacities, Parwana has observed the lack of recognition and representation of one particular group that is very near and dear to her heart: Middle Eastern and North African (MENA) people. Classified as “white” per the U.S. government, her TEDx talk explores the history behind, stories relating to, and repercussions stemming from this categorization of MENA people, a categorization that has covered millions with a detrimental cloak of invisibility. 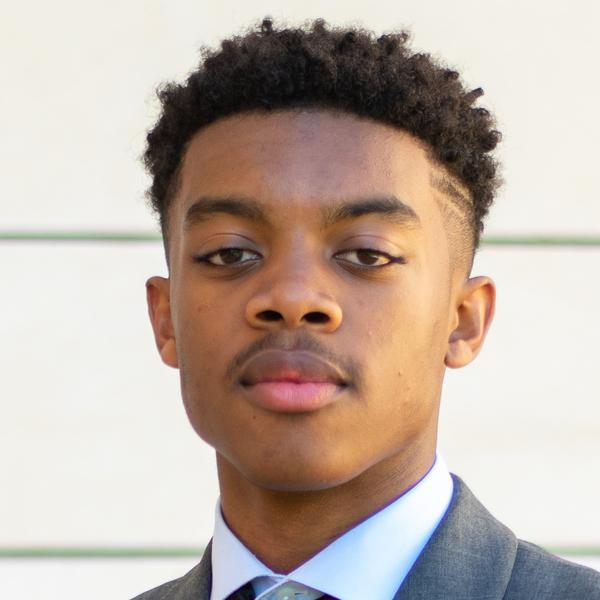