Szakács Botond considers himself a simple villager, for he spent most of his childhood in the countryside. Working in the fields was part of their daily routine. He was surrounded by animals and nature every day. Years later, a long-awaited dream came true when the opportunity arose to escape the city and move into a country house with his wife and two small children. The move wasn't usual, mainly because they had no such building. So they decided to create the prototype version of a modular home on wheels. Due to the project's complexity, they temporarily moved into a tiny 20-square-meter house. The initially planned two months became a life-defining 20 months. During this period, their life got simpler. They got closer to nature and each other. At the same time, they also built an international business worth millions.

Cosmina Nicolescu is the founder of the Fandacsia hat studio in Bucharest. She has been a film director and television producer for over 20 years, but her most significant achievement was winning the Premiul Clubului Român de Presă award for economic journalism for her educational programme for entrepreneurs. Guided by a strong entrepreneurial spirit, she focused on creating hats, launching numerous collections for Fandacsia and she landed on an invitation to take part at the UNESCO Creative City of Design Graz. In September 2021, the Cervantes Institute gave her a free hand in creating the 130130th-anniversaryhibition of diplomatic relationships, an exhibition of hats inspired by the great Hispanic culture, that celebrates Spanish values. Here she showcased numerous creations of hers: the hat of celebration, of victory, of irony, or of compassion among others.

Daniel Leș, #theClayartist was born in 1972 and he was driven into the world of pottery by his father, Ioan Les. At the age of 7, he entered the pottery workshop in Baia Mare and began the apprenticeship process. His popularity grew bigger after participating in fairs, workshops and exhibitions not only in Romania but also abroad. He is the promoter of the cultural heritage in Maramures and his goal is to make known the craft of pottery and to attract tourists and foreigners to visit our beautiful country.

Danny Blue, with his fantastic memory, incredible intelligence, and amazing manipulation skill, impressed millions of people from all generations. Born in Budapest, Hungary, where his career skyrocketed after becoming Uri Geller’s prodigy and getting the title of "The Chosen One”. He impressed thousands of people on live television when he predicted the outcome of Formula 1 or the World Cup. From Las Vegas to Dubai, from India to the Caribbean – they have all witnessed his inexplicable demonstrations of telepathy and telekinesis (moving objects).

Dávid Botond was born into a family which has been photographing since the fourth generation. It all started with his father, Sándor Dávid’s contribution to the publication of a bilingual ethnographic book entitled "Port popular – Népviselet" (EN: Folk costumes), which presents the traditional costumes of Harghita County. 33 years later, in 2012, Botond started to continue this work: re-photographing the still-existing costumes in the county with modern digital equipment, continuing with photographing the traditional costumes still found and still worn in other counties and regions. His work named The Geofolk project, which was awarded the European Citizen's Prize in 2021 is currently the world's largest folk costume photo collection.

Irina Rimes has an appearance full of sensitivity and is surrounded by a special charisma. She debuted with the song "Visele", which was the leader in all the local music charts for months. Since then, she has been constantly releasing songs that end up being loved by Romanians everywhere. In the last year and a half alone, she released three songs that reached No.1 on radio & TV, dominating the charts for several consecutive weeks: in 2022 "Ba ba ba (Inima mea bate)", and in 2021 "Pentru Totdeauna" feat. . Grasu XXL and "N-avem timp". Irina is an artist who sings not songs, but stories. Until now, Irina has released three albums, "Despre el", "Cosmos" and "Pastila"", each of them having an extremely personal and significant inspiration for our artist. Her last album, "Acasă", is a very atypical album in the way she chose to compose it: its production happened during a trip, with the band, in the rural areas of the country. It helped her to find herself at home at Izvoare in the Republic of Moldova.

James Fell, at the age of 42, left the business world to become a writer. Before long, he was one of the best-known fitness authors in North America. A decade later, he made a sudden shift to writing “sweary history” stories. The column is read by millions each month and has been compiled into two bestselling books.

Katalin Orosz is a business consultant, who helps entrepreneurs find new ways to grow their businesses. After a successful career as the Marketing Director for MOL Romania and Autonet, back in 2007, Katalin left to do an MBA in Canada. She quickly fell in love with the multicultural vibe of Toronto and decided to stay there to continue her career as the Marketing Director for multinational companies like Eli Lilly or Nestle. After 12 years of living and working in Toronto, Katalin packed everything and moved back to Targu Mures. An adventurer at heart, she will be talking about what could limit us to grow as entrepreneurs and humans.

Rareș Budileanu, #theArtist born in Sibiu in 1975, is licenced in Acting since 1999 and has a master's in Directing of contemporary performance since 2010 at the University of Arts Târgu Mureș. Currently, he is an actor at the National Theater of Târgu Mureș, but before that, he was also a teacher at The Arts Highschool of Târgu Mureș. As a stage manager, he directed in different theatres in Romania and also has a diverse and interesting approach to independent theatres. Now he is the manager of the INCUBATOR13 association. Since 2018 he is a PhD student at the University of Arts Târgu Mureș having a thesis of research: The Rebirth, development and transformation of musicals on the Romanian theatrical scenery after 1990.

Remus Grama is a young musician, a violinist at the State Philharmonic Orchestra of Târgu Mureș, and a founding member of the Bohemia Quartet. His vocation as a bandmaster has emerged in recent years, been featured in Philharmonic concerts since 2011 and performing annually at the symphony orchestra's podium. He conducted several lessons and educational concerts of the Philharmonic and is currently the bandmaster of the symphonic orchestra of the Art High School from Târgu Mureș. In 2018 he became the bandmaster of the Bohemian Symphonic Orchestra, which brought many great successes, such as the Vița-de-Vie show “În Corzi” and the Bohemian Symphony at the AWAKE festival. The latter project was later transformed and renamed “Rock the Symphony”

With more than twenty years of sports career behind him, Szép Zoltán is now standing on the other side of the microphone. Working for the radio is a way of life for him, just like sport, so he considers himself lucky that his job is also his hobby. Although he is 35 years old, Zoltán has already covered as a radio reporter four Olympic Games. Two of them during COVID-19, without fans, and last time in Beijing 2022, he was the only accredited journalist from Romania. 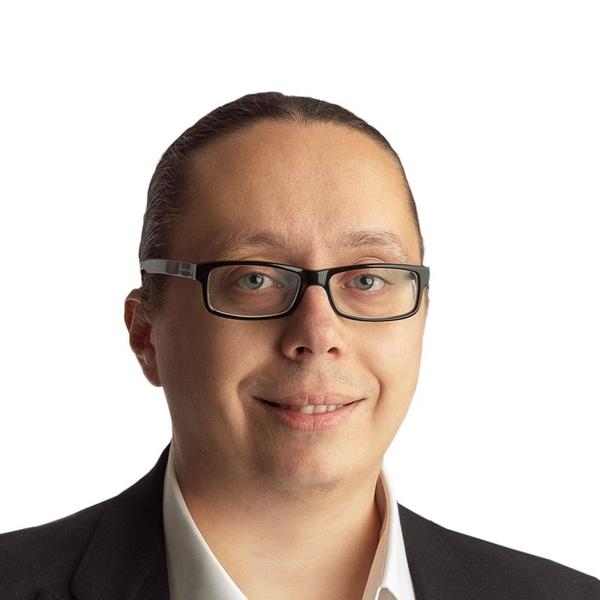