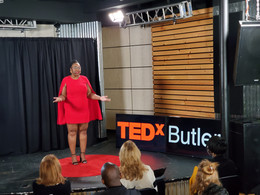 REIMAGINE is the 1st edition of TEDxButler 2021: The change, the possibilities, the transformation, the difficulties, the catalyst. The only limitation is imagination. REIMAGINING can lead both to creativity and disappointment.TEDxButler will discover and curate speakers, entertainers, and artists who will share their REIMAGINE ideas and stories at Architekt in a half-day event.

Cindy Ashton is the Award-Winning TV host of Cindy Uncorked, Singer/Actor, Speaker, Presentation Trainer and Author of Liberate Your Voice: How to Trust Your Power In A World That Shuts You Down. Drawing from her extensive background working with Broadway Professionals and interviewing Hollywood Celebrities, she is a master at showing her clients how to increase their sales, connection, and influence by learning how to speak from their power. Born with a 20% chance of living, heart failure, a damaged lung and structural damage on the left, she has spent her life managing chronic pain and illness. Now she is strong voice and advocate for others who live with an ‘invisible’ condition. Cindy has received awards from President Obama and Queen Elizabeth II for her lifetime of volunteerism. She has been featured in multiple media, including ABC, NBC, CBS, FOX, Inc. Magazine and Forbes and most recently was the opening performer for Times Square Fashion Week!

Damon Hack joined Golf Channel in 2012 and currently serves as a co-host for Golf Today. He also is a contributing writer for GolfChannel.com and conducts interviews during tournament broadcasts throughout the year. Hack came to Golf Channel from Sports Illustrated where he was a senior writer covering golf and the NFL. Before joining the magazine, he covered golf and the NFL for The New York Times and golf and the New York Knicks for Newsday. He also previously covered the San Francisco 49ers for the Sacramento Bee. Born in Los Angeles, Hack graduated from UCLA with a bachelor's degree in history, and from UC Berkeley with a master's degree in journalism. He lives in Connecticut with his wife and triplet sons.

Jessica S. Henry is an award-winning author, professor, legal commentator, social justice advocate, and blogger. After obtaining her J.D. from N.Y.U. School of Law, Henry served as a public defender in New York City for nearly a decade. Her new book, "Smoke But No Fire: Convicting the Innocent of Crimes that Never Happened," won the 2020 Montaigne Medal award for most thought-provoking book and the INDIE forward Book of the Year Award (Silver, Political and Social Science). She also was the recipient of the First Horizon Award for superior work by a debut author. Henry's research and teaching focus on wrongful convictions and severe sentences, such as the death penalty and life without parole. Henry frequently appears as a commentator about criminal justice and the criminal legal system on national and local television and radio, and is widely cited in the mainstream media. In 2015, Henry received the Montclair State University Distinguished Teacher Award for excellence in teaching.

A global authority on courage who has walked her ‘live brave’ talk since growing up the big sister of seven on a dairy farm in rural Australia. The first in her family to attend college, Margie has lived in multiple countries and recently returned to the US. Margie pairs a global perspective with her diverse background in psychology, coaching and Fortune 500 business to unlock the potential that fear holds captive – in individuals and organizations alike. Trusted by Salesforce, NASA, Dell, Morgan Stanley and United Nations Foundation to deliver transformative programs that foster courage, creativity and collaboration, her 5 bestselling books reflect her passion for helping people overcome timidity, step into their brilliance and lead more purposeful lives with greater impact. Margie loves adventure travel and hiking in beautiful places, most recently climbing Mt Kilimanjaro with her husband and their four children.

High school senior in NJ, vocal advocate for sustainable practices, especially in regards to waste production. President of his high school's environmental club and student representative to his local government's environmental commission, Nafees has proven himself to be dedicated to creating change now. He's also worked at the New Jersey State level, creating a state wide food and plastic waste reduction initiative, in New York City, publishing a paper with a city council campaign detailing how they could reduce environmental impact. Nafees is determined to spread awareness about waste production through his work as Co-Director of Research at Cleaner Oceans Institute, a youth led non-profit advocacy group. Nafees believes the key to solving environmental problems is through cooperative engagement by government, businesses, and the general population, he hopes to facilitate this effort through his skills, connections and experiences.

A world class master communicator who works with successful entrepreneurs and speakers and helps take their professional pitching and speaking skills to the next level. With over 26 years of experience in creating unique speaking and public speaking techniques, Williams is also known for her innovative training programs and services to her clients and sales teams at Fortune 500 companies. These companies include Google, Microsoft, LinkedIn, NBC Universal. As a 13-time national business elevator pitch champion, Williams has been on top television shows and publications for her pitching, branding, and professional speaking skills. She was featured on Season 8 of ABC’s Shark Tank, Forbes Magazine, CNN, ABC, MSNBC, Wall Street Journal, the movie, LEAP. Precious became a 2X best-selling author of the #1 business book series, Bad Bitches with Power Pitches: For Women Entrepreneurs and Speakers Only and has been featured on Time Square billboards, top podcasts and stages around the world.

Ryan was born in Bronx, New York. He is a graduate of Ithaca College where he obtained a BA in Political Science and a minor in Legal Studies. He then went on to George Mason University Law School where he obtained a J.D. in law. Ryan is currently in graduate school attempting to become a CPA in accounting. Ryan has been the Mayor of Butler, New Jersey since November 2020.

#1 Best Selling Author, International Speaker, Business Consultant, Transformation Expert, Coach and Trainer. Willard Barth has gone from a life of total devastation to being one of the leading speakers in the field of Transformation. The founder of 4 successful companies including an entertainment company, a marketing company, as well as Willard Barth Enterprises and The Transformational Leadership and Coaching Institute. A successful singer/songwriter, his first album “Coming Home” enjoyed International success with the first single “Wind Dancer” reaching 24 on the pop charts overseas. He also performed regularly with the legendary Les Paul. He co-founded three 501c3 Non-Profit Organizations. 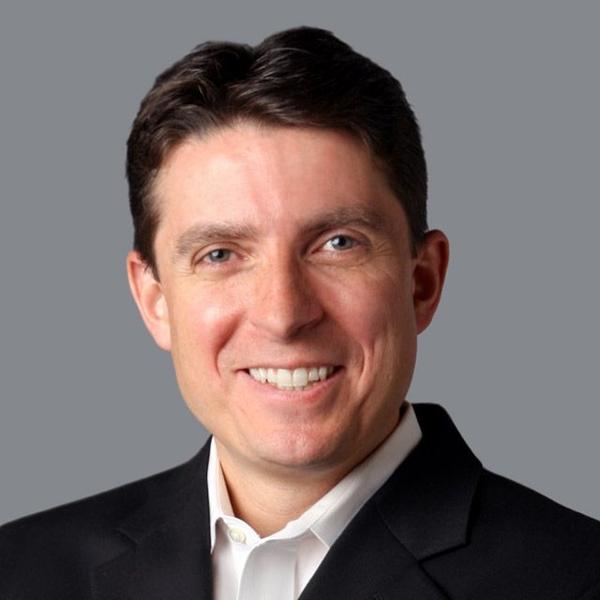