The theme of the 3rd annual TEDxAlQudsUniversity event is "If not us, who?". This theme is meant to inspire people to take action, step up and raise their inner voices towards a fundamental change; be it social, economic, environmental, scientific, or be it political in the Palestinian community. With this theme, TEDxAlQudsUniversity will allow the audience to engage with stories of success in concrete-based results as a way of exposing them to the inspirational sector of these stories, which belong to modern-day agents of change whom continuously asked themselves the following question: “If not us, Who?”, who will take the initiative? As a way of accentuating the role of our generation as the leading generation, speakers will present their forward-thinking ideas leaving the audience inspired and empowered to act and make a positive change in their community.

Ahmad Jamal, 27 years old, born and raised in Jerusalem, has attained his Bachelor’s degree in Civil Engineering from Birzeit University and is currently pursuing his master’s degree in management and business administration. Passionate about built heritage preservation and management, Ahmad co-founded LionHeart 3D, helping professionals document historical buildings and sites in multidisciplinary fields and values. A phase prior to the design of interventions for conservation projects using 3D laser scanning and photogrammetry techniques. Aiming at raising the awareness and the significance of the documentation of historical sites along with presenting the beauty of the details of those sites.

Hussein Hallak started his career as a pharmacist; he further pursued his education to obtain his Ph.D. from the University of Kentucky in the USA and worked in the pharmaceutical industry in the US for more than 10 years where he gained valuable experience. In 2002, he moved with his family back to Jerusalem to start a new life. He joined Al-Quds University as a Faculty member soon after, and started his academic career at the Faculties of Pharmacy and then Medicine. In the course of his career, Hussein Hallak has worked with several pharmaceuticals where he occupied many positions up to a senior director, he also had worked in the development of new pharmaceuticals at all stages of development from early discovery to the clinical stage. Hussein Hallak has a total of 60 scientific publications and 5 Patents.

Jumana Kaplanian is a social activist and the founder of Psychology Spa, a non-profit company for psychological awareness and psycho-education in Palestine. Kaplanian received a B.A. in Social Work/ Psychology from Bethlehem University in 2012. In 2014, She received an MSc in Psychology from Oxford Brookes University. Kaplanian worked on providing psychological first aid, and psycho-education to people affected by violence and conflict and she has a desire to make psychological therapy sessions accessible to everyone. Kaplanian believes that the learning process is the most powerful in leading any community transformation. Learning is her effective tool in helping the Palestinian population to improve and enhance their quality of life.

Lina Sleibi is a Palestinian artist who aspires to convey artistic and humanitarian messages through her voice, songs, and the events she takes part in. She has participated in several local, regional, and international musical festivals, productions, shows, and concerts - and collaborated with many musicians from around the world. She has a discography of more than 30 songs, in which she sang in different languages such as Arabic, English, French, Hindi, German, Aramaic, and others, including both originals and covers of which have viewership in millions. Lina holds a Bachelor’s degree in Business Administration and Marketing. This, she believes, has equipped her with the creative and managerial skills needed to manage her musical productions.

Majd Abu Al-Rub is a 24 years old medical doctor, a neuroscience researcher, and the founder of a clinical teaching initiative for medical students. Majd is aiming at spreading new approaches in teaching medicine. Majd considers TEDx as a gate for intellects to share their ideas, and always had the dream to be a part of it.

Mazaj Ensemble A Palestinian musical band that was established by a group of Jerusalemite youth in 2014. Its artistic production mixes between Arabic and Western classical music, and its melodies are arranged by merging these two musical styles in one unique frame that reflects a new artistic reality which is a vibrant extension of civilizations that left a cultural and musical impact on Palestine centuries ago. The music is composed and arranged collectively by the members and founders of the ensemble: Jiries Boullata (Piano), Maral Khoury (Qanun), Osama Abu Arafeh (Oud), Mohammad Ghosheh (Violin) and Abdelsalam Sabbah (Percussion). The ensemble performed in several festivals like the “Layali Al-Tarab” Arabic music festival in 2015; the Jerusalem Youth Summit in 2015; the Jasmine Festival in Ramallah in 2016; Nablus Road Open Days Festival; Ramadan in the Old City Roads in 2016; Birzeit Heritage Week Festival in 2016, in addition to the self-organized concerts. Mazaj is inspired by the distinctive humanitarian circumstances; its music derives from the agony of the daily Palestinian sufferings, nonetheless, they instil confidence in a better future full of hope. This is reflected in the creative melodies using a unique Jerusalemite accent symbolizing the majestic Jerusalem walls, and the holiness and sacred shrines. “Music speaks louder than words”. When the language of speech breaks down music becomes the food for the renewable soul in search of truth, life and peace. And when night settles in its tranquillity, dreams and aspirations seek shelter. This is exactly the place we want to be in and aspire to achieve.

Nadine is a Palestinian dedicated Artist, who considers art as her primary hobby and passion in life. She holds a Master's degree in Archaeology and a Bachelor's degree in Architecture. She worked as a planning engineer and as a design engineer, she has been painting since her early childhood. Her recent artworks bring out the unique architectural heritage of Palestine, with a special focus on the landmarks of Jerusalem's old city. Nadine participated in many art exhibitions, locally and abroad and received many awards and certificates, listed some of them: -Award of the " Best Jerusalemite artist presenting Jerusalem in her artwork", Jerusalem Intellectual Forum, Jerusalem, 2019. -Certificate of Appreciation from Konooz Fine Art Auction and Exhibition, Sotheby's Auction House, London, 2019. -Award of Excellence, Fine Artist Club, Jerusalem, 2012. -1st prize award, Sharjah Women's Club, Sharjah, 2002 & 2003.

Nidal and his son, Abdullatif Gheith

Abdullatif, also known publically as (Abood, the flying boy), is a 10-year-old boy that has lost all of his limbs to meningitis. Despite what Abood and his family have gone through, Abood, and his father, keep on proving to us, that the human spirit is one of ability, perseverance, and courage that no disability can steal away. Through their determination, and life-long dedication to living their dreams to the fullest; those two challenge our understanding of the concept of disability, and offer, indeed, to redefine it.

Nour Nabulsi, born and raised in East Jerusalem, Palestine. Nour is a clinical sports nutritionist and a professional basketball player. Her story begins with a ball and a basket, with a simple game that shaped the person she is today. She believes that through one’s passion in life one can attain a set of real-world skills that are applicable in all aspects of life. Today, her passion towards life, the game of basketball and towards helping people through her profession as a nutritionist; all have further inspired her in pursuing her MA in sports management; in addition to completing a teaching diploma in English language teaching as well.

Safa Daher is an experienced assistant professor that strongly believes in the importance of education in women empowerment. This strong belief of her is presented clearly in her own personal experience; for Dr. Safa has decided not to let anything come in between her and her educational pursuit. Consequently, Dr. Daher from the University of Trento in Italy. Dr. Safa's academic excellence has led her to successfully publish several articles concerning local development, sociology, and the Palestinian conflict.

Sliman Mansour is a Palestinian painter that is considered as one of the most important figures among contemporary Palestinian artists. Born in Bierzeit, 1947, Mansour studied fine art at the Bezalel Academy of Arts and Design in Jerusalem. He has been present in the Palestinian art scene since the 1970s. He was one of the first popular Palestinian artists to turn away from painting and used unconventional methods in his art. He participated in many solo and group exhibitions in countries such as Japan, Russia, Norway, US, Italy, Spain, France, Germany and Egypt. Mansour authored two books on Palestinian folklore and currently teaches art. He is also one of the founding members and the director of the Al-Wasiti Art Centre in Jerusalem. His masterpiece, Jamal al-Mahamel, is one of the most popular symbolic paintings in the Arab world. His paintings decorate the homes and offices of art collectors around the world. 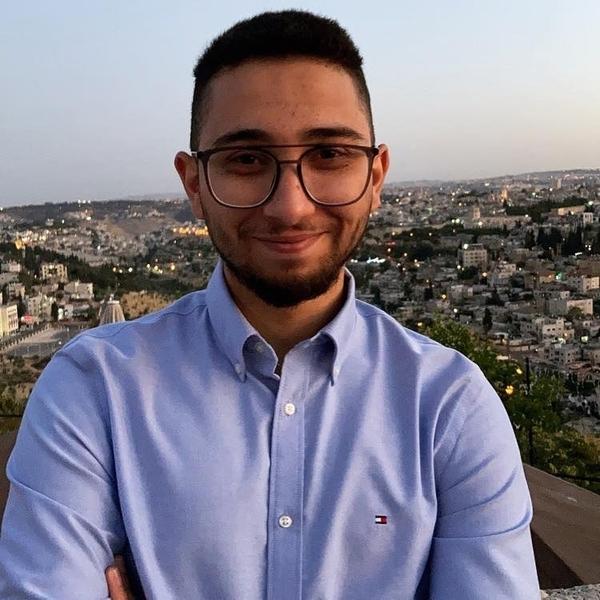