This event occurred on
May 15, 2021
Sofia, Sofia-Grad
Bulgaria

TEDxLozenets is a local gathering where live TED-like talks and performances are shared with the community. Enjoy the new waves of innovation and creativity.

Alexander Dimitrov is studying International Economic Relations at the University of National and World Economy. He is a polyglot that plays theater in French, translates from Portuguese and writes poetry in Spanish. Currently, he is working as a tour guide in different languages.

Emil Shekerdzhiiski, Israeli Startup owner who moved his life back to Bulgaria. He is actively supporting local startups and the local startup ecosystem and bringing the Israeli entrepreneurship method of work and vision to Bulgaria. Emil is the CTO of the Israeli cyber security company LYNX, who aims to secure our paperwork and signature by cutting edge encryption technologies.

Etien manages the advocacy marketing strategy at a global technology company. He holds a Master’s degree in Digital Marketing and Social Media at Sheffield University, and has received additional training via Cambridge University, HEC Paris and Franklin Covey. He has trained digital sales teams in the US, UK, Germany and France. Etien is teaching digital marketing to students at the Russian Presidential Academy in Paris. More than 2,500 people have passed his online training on personal branding. In his spare time, he appears on TV as a football analyst of the leading European championships. Host in the online show for young entrepreneurs – Hashtag.

Maxim Behar is globally renown PR and media expert, manager and diplomat. In 1994 he founded PR company M3 Communications Group, Inc. and since then he is CEO and Chairman of the Board and the company is among the leading on the market. Behar graduated Harvard Kennedy School and also The University of Economics in Prague and also trainings in Yokohama Kenshu Center and The Pacific Institute in Seattle. He was a president of the World PR Organization ICCO until 2017 and now is president of the the WCFA, based in Davos, Switzerland. He was preside of BAPRA, president of the BBLF, also is a member of tens local and international boards, vice president of the Atlantic Club in Bulgaria. His latest book, published in the USA The Global PR Revolution was ranked by the independent body of BookAuthority number 4 among the best PR books in the world for 2020. In May 2020 the global edition of PR Week announced Maxim Behar as the Best PR Professional in Europe.

Sergio has been working with projects for social impact based on technology for the last 20 years. He is a social innovator, team maker for big scale telecom projects for rural areas, awarded with national and internationally in the field of innovation, currently working on organic waste management systems using AI, fairtrade seals and advocacy for blockchain-based digital democracy.

Stoyne Vassilev is the founder of the most popular website for personal finance in Bulgaria SmartMoney.bg, an independent personal financial consultant, author of the best-selling business book in Bulgaria for 2018 and 2019 “Smart Money“, as well as chairman of the Management Board of the Bulgarian Association of Personal Financial Advisers. Stoyne has over 15 years of professional experience in the financial field, working in high positions for Bulgarian and foreign companies. In 2014 he left the corporate world to indulge in his passion – to help people increase their financial literacy. 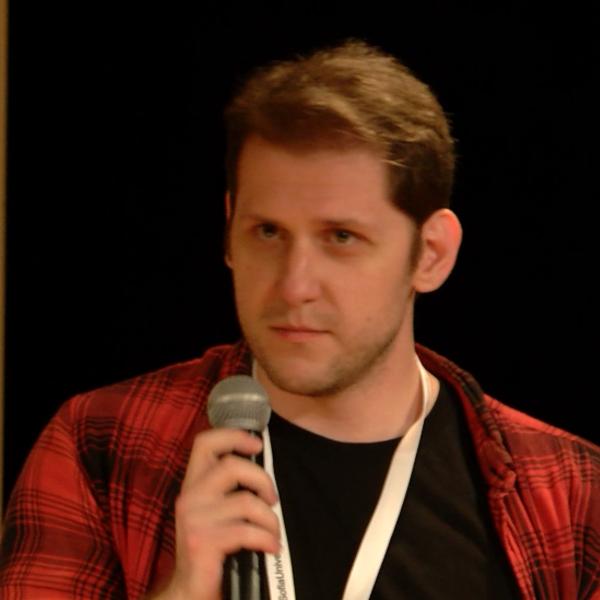