Covid-19 cannot keep us from being connected. This virtual event is an act of defiance. Join us, and together we will explore connectedness in our world.

Our distinguished speakers will share unique insights from a range of disciplines, including music, law, philosophy, science and technology.

In an effort to help keep people connected during the pandemic, this conference will be entirely free.

Becky is a member of The Chancery Lane Project Steering Group and a Senior Editor at Practical Law Environment. Becky helps to develop TCLP’s strategy, participates in the management of the project, peer reviews the climate change clauses drafted by participants and builds relationships with law firms who want to partner with the project. She brings a sound knowledge of environmental law to the project, which helps to ensure that the solutions proposed by partner organisations complement existing environmental policies and schemes. Before qualifying as an environmental lawyer at Eversheds LLP (now Eversheds Sutherland), Becky obtained extensive experience of climate change policy measures working for the Carbon Trust where she set up an account management service for FTSE 250 companies and large public sector organisations. Becky is a co-convenor of the UK Environmental Law Association’s Climate Change and Energy Working Group.

Donald is one of the founders of the Modern Stoicism organization. He specializes in teaching evidence-based psychological skills, and he is also known as an expert on the relationship between modern psychotherapy (CBT) and classical Greek and Roman philosophy. He's the author of six books on philosophy and psychotherapy, including How to Think Like a Roman Emperor: The Stoic Philosophy of Marcus Aurelius.

Founder of the Socrates Cafe and Democracy Cafe movements

Christopher Phillips, PhD, is the co-founder and executive director of the global Socrates Cafe and Democracy Cafe movements. Christopher is also the author of international bestsellers ‘Socrates Cafe: A Fresh Taste of Philosophy,' 'Six Questions of Socrates: A Modern-Day Journey of Discovery through World Philosophy,' the critically acclaimed 'Constitution Cafe: Jefferson's Brew for a True Revolution,' and most recently, 'A Child at Heart: Unlocking Our Creativity, Curiosity and Reason at Every Age and Stage of Life.' His latest work, 'Soul of Goodness,' will be published in the fall. He has also authored a series of philosophical children's books including 'Day of Why,' and 'The Philosophers' Club.' He has been Network Ethics Fellow at Harvard University, the first-ever Senior Education Fellow at the National Constitution Center, and Senior Research and Writing Fellow at the University of Pennsylvania. In 2012, Christopher received the Distinguished American Leadership Award.

Bill is a professor at the Indiana University School of Medicine in Indianapolis, where he studies genetics and microbiology. He is the author of the popular science book, Pleased to Meet Me: Genes, Germs, and the Curious Forces That Make Us Who We Are (2019, National Geographic Books), which has been translated into a dozen languages. An award-winning scientist, teacher, and science communicator, Bill has been featured in a wide variety of outlets, including CNN, Fox & Friends, The Doctors, Science Fantastic with Dr. Michio Kaku, Doctor Radio, and more. He has published over 100 papers in scientific journals and has written for The Washington Post, National Geographic, Discover, Scientific American, COSMOS, Psychology Today, The Conversation, and more.

The Salts is a newly-formed indie folk band that draws from the classical, jazz, and fiddling styles of Erik Fauss, as well as Audrey Tambudzai’s background of Afro beats, LoFi, and Christian worship. The two songwriters met in 2019, and in August 2020 officialised the band after a virtual appearance in the Noonday Project, a justice festival by Tearfund. The Salts will release its first album this summer, entitled “Love Letters.” 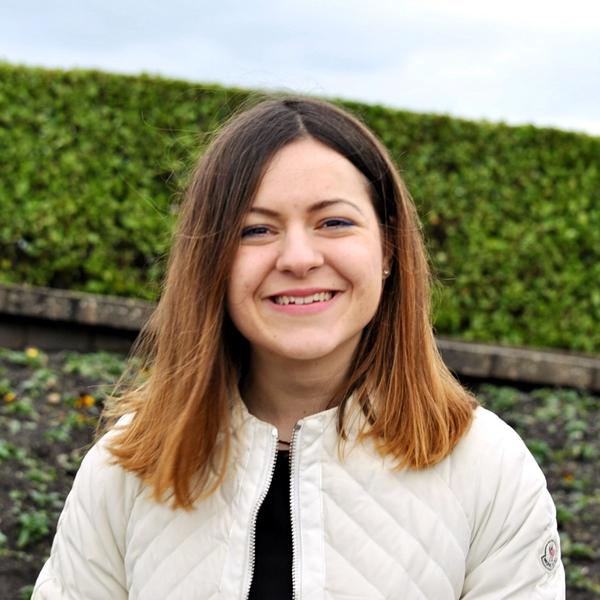