Through a diverse group of first-time and seasoned speakers, #TEDxChattanooga2020 will challenge, inspire, empower, and inform the general public. And for the first time in Chattanooga's TEDx history, we are going virtual. All talks will be pre-recorded; however, we will still be LIVE on Sunday 11/8. Buying a ticket guarantees access to the speakers and our partners through our private Slack group.

A big thank you to our recording partners, Terminal fifty7 and Firecrown Media, for donating their time, resources, and expertise.

April Corbett is a professional engineer and project manager that took all of her planning and productivity skills to build her own business, Upstate Mississippi. Upstate is a business built on the principle that no one should be forced to fit into one box. Planning, productivity, digital design and art come together to offer clients unique solutions and coaching for all aspects of their life and business. April is always looking for new projects and reminds you that you need a maker on your squad!

Ashley Jones is the founder and executive director of Love Not Lost, a nonprofit on a mission to revolutionize the way we heal in grief. From losing her daughter to growing Love Not Lost, Ashley has a lot of experience in death and grief; something she never thought would be in her bio. Yet, she's learned how to process, heal, and grow through the pain. It's her purpose in life to share that information with others and help them do the same.

Blake Kitterman is a survivor activist and recent graduate of the University of Tennessee at Chattanooga. A lead complainant in a 2017 Title IX investigation against the University of Alabama at Birmingham by the US Department of Education, Blake diligently worked within criminal justice and university systems to achieve justice. As a delegate to the 2016 Democratic National Convention and a Speaker with the nationwide advocacy group End Rape On Campus, Blake has advocated for pro-survivor policies at all levels of government. He has been featured in the Washington Post, Inside Higher Ed, and TIME.

Cameron Williams, a.k.a., C-Grimey is a Tennessee-based rapper who combines innovative beats and melodies with forceful, heartfelt lyrics to a signature sound. He's been writing rhymes since the age of 12 and performing since he was 16. His music deals with everything from street tales to political issues. Using his network and resources in the art world C-Grimey began his journey in arts education and advocacy. Starting the non-profit organization Hip-Hop for Humanity focusing on free after school art programs for students who are more likely to be left unattended at home. He also became lead teaching artist at Co Pac's Full Circle T.A.P.(Teaching Artist Program) which uses the arts of all mediums to explore emotional awareness and decision making . C-Grimey along with being full time artist, educator, and curator, is now co manager of the maker space at the Bicentennial Library downtown Chattanooga.

Seventy years of experience as a civil rights activist, through academic, sociological, and emotional growth, including twenty years of experience as a university administrator and professor of counseling, founder and administrator of a culturally sensitive counseling center; missionary professor of psychology in a third world country, Haiti. Specializing in human relation and reconciliation consulting primarily with faith-based organizations.

Kelsea Rambin is a 26 year old native to the Chattanooga area and perpetual optimist. When not working, she is learning new recipes or at the local thrift store. Her passion for theater is what she wants to be known for in life.

Dr. Summa-Chadwick has enjoyed diverse careers as concert pianist, educator, computer programmer, and advocate for the use of music in therapy. The inspiration to merge these careers came while she was teaching a neuro-typical piano student who had a younger sibling with autism. When the request was made to also teach the sibling to play the piano, the amazing results launched her quest to discover how music works within the brain and central nervous system. She directs the Music Therapy Gateway In Communications, Inc. (MTGIC), a nonprofit organization dedicated to raising awareness of the benefits of music in therapeutic environments.

Melissa is a C-PTSD survivor, raising four children. She's a home educator and ESL teacher who works closely with children of all ages daily. She draws from extensive personal experience with abuse and neglect from her childhood, plus generations of trauma cycle played out in families of origin to motivate her to break toxic cycles and equip young people with tools to lay a foundation for mental health and a way to dialogue openly about emotions. Her journey of healing has been long and arduous but it has driven her to incorporate emotional awareness and intelligence into every aspect of her parenting and her educational philosophy and she is passionate about sharing effective strategies with as many people as she can in an effort to equip future generations with greater awareness and understanding of their complex emotions.

Dr. Mina Sartipi is director of the newly established Center for Urban Informatics and Progress (CUIP) and the UC Foundation Professor at the University of Tennessee Chattanooga (UTC). She is also a faculty of the Bredesen Center for Interdisciplinary Research and Graduate Education (a joint program between the University of Tennessee and Oak Ridge National Laboratory). As the director of CUIP, she coordinates Smart City research and the strategic vision for Urban Science across the entire campus. She also builds teams that can partner with agencies in the City of Chattanooga, and with peer researchers at other institutions to address smart city challenges and to expand the UTC R&D portfolio and educational activities in this important area. Currently, she is active in areas such as Transportation, Energy, Health and Social Science. Through close collaborations with the city of Chattanooga, these projects are done in real-world settings.

Pipan is a USAF Veteran who served during Operation Desert Storm. She currently serves as the Chair of Veterans Networking Group at Unum. Her goal is to bring awareness & tools to employers here in Chattanooga on understanding the value of hiring & retaining their Veterans.

Reba's career started as a college women's basketball coach and a professor. But the path of her life began to change as she taught students and developed ways to engage college students in global causes. Today, she runs Dare for More, a nonprofit that focuses on encouraging and equipping women to face the challenges in their life with confidence. She spends most of her days in the USA speaking at conferences and building bridges for their global partners. The rest of the time you can find her overseas fighting for women and girls in dark places due to human trafficking, poverty, and abuse. They rescue, restore, equip, and launch women to be world changers.

Rob went into real estate right out of college. His wife and he met on a blind bate in 2007 where he told her on their first date that he wasn't the captain of the football team in high school, but was instead captain of the chess team. They were married 11 months later. In 2013, her family asked Rob to join the family trucking business so he left real estate and entered trucking as Vice-President of Covenant Transport. In February 2019, he left the family business and started a recruiting agency (SeatMyTrucks) focused on the trucking industry. Through all his successes, it's been easy to tell people the story of how the strategies he learned in chess set him up to be successful in business. This is the same story he is now seeing in kids today that he is teaching this game to. While he loves business and advertising and strategy and marketing, his true passion comes from empowering the next generation to succeed in the same way, and chess is a key part to accomplishing that.

Signal Mountain resident Dr. Terri Fisher is a Teaching Professor of Psychology and Director of Undergraduate Research at the University of the South (Sewanee). Previously, she was on the faculty of The Ohio State University at Mansfield for 33 years. Fisher has conducted research on the extent and impact of parent-child communication about sexuality and the role of the research context, societal expectations, and gender stereotyping on gender and personality differences in reports of various aspects of sexual behavior. In addition to publishing numerous peer-reviewed articles, Dr. Fisher has co-edited the Handbook of Sexuality-Related Measures, Speaking of Sexuality: Interdisciplinary Readings, and Current Directions in Human Sexuality and Intimate Relationships. Fisher is a Fellow of the Society for the Scientific Study of Sexuality and a Consulting Editor for the Journal of Sex Research. Her PhD is from the University of Georgia.

Tim Dooner is currently creating new podcast, radio, video, and multimedia content for FreightWaves. In under a year he built FreightCasts, the world’s largest logistics and supply chain podcast network in media. Dooner is a 15-year supply chain industry veteran who has held directors positions in operations, sales, consulting, and marketing. He has worked with FedEx, Reebok, Adidas, L.L. Bean, Hasbro, Louis Vuitton, and many more high level clients across the full spectrum of the supply chain. An accomplished podcaster/producer/host, Dooner has launched over a dozen successful podcasts including the acclaimed supply chain & logistics shows: The Shipping Pod and Consulting Logistics. He is a host and producer on What The Truck?!?, FreightWaves Insiders, Put That Coffee Down, FreightWaves Radio on SiriusXM, and you can wake up with his FreightWaves Morning Minute News Briefs on Alexa, and all podcast platforms.

Wade serves as VP of Inclusion and Diversity. Prior to joining Unum, Wade was the Chief Legal Officer / City Attorney for the City of Chattanooga. He previously served as Deputy General Counsel for Volkswagen Group of America - Chattanooga Operations.bHe is also the founder of Board Connector. A platform that connects intentionally inclusive nonprofit boards with diverse talent interested in serving on boards. Wade was recognized by the National Bar Association and The Network Journal as one of the nation’s 40 best advocates and 40 best business leaders under the age of 40. He was a member of Harvard University’s inaugural Young American Leaders Program, a 2017 Presidential Leadership Scholar, a 2018 graduate of Leadership Tennessee, a 2018 Diversity Community Champion for Justice Award, and named a 2019 Tennessee Bar Foundation Fellow. Wade is a graduate of Emory University, The University of Memphis School of Law, and studied at Central European University in Budapest, Hungary. 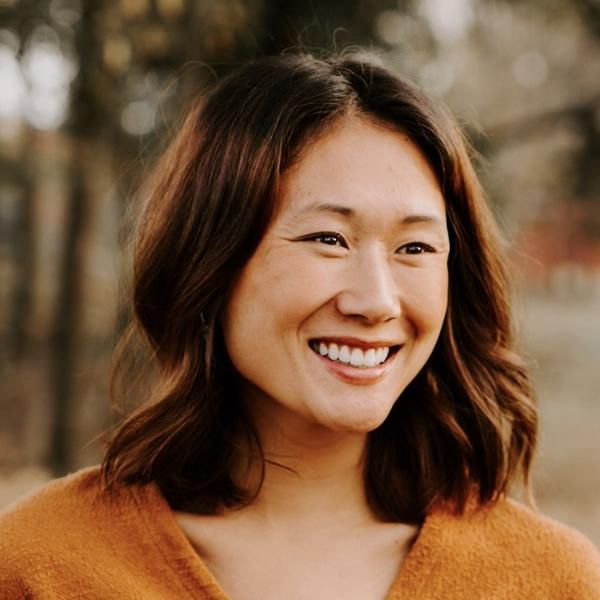