Junior at the University of Maryland

Wondering what it takes to swim 2.4 miles, bike 112 miles, and then run a marathon? Alex Arking is here to take you through his journey of extreme mental and physical resilience to teach you how you too can put in the extra mile, even when there is nothing left to give. Alex completed his first Ironman distance triathlon in October of 2020 at only 20 years old. Alex is currently a junior at the University of Maryland studying biochemistry. He is also a graduate of CESJDS where he helped win their first ever cross-country state championship in 2017.

Alex Rosenberg is an eleventh grader who has suffered from multiple mental health disorders including Obsessive Compulsive Disorder (OCD), Generalized Anxiety Disorder (GAD), and depression, since fifth grade. Through perseverance and support, he has been able to develop many ways of combating and overcoming many of the challenges he faces, in order to live his life to the fullest. Alex Rosenberg has spoken at events such as annual International OCD Foundation Conventions about how to overcome difficult periods in one's life and brave significant challenges, as well as what mental illness can look like and how it can be overcome.

Anika Chebrolu is a freshman at Independence High School and an aspiring scientist. Since she was young, her curiosity and passion for asking questions and learning spawned an interest in science. Anika has done research on a potential COVID-19 medication using the in-silico methodology for drug discovery and was named "America's Top Young Scientist of 2020" for her work. Anika hopes to be a medical researcher when she is older.

Arjun Oberoi is a junior at Montgomery Blair High School. He is a captain of his robotics team, Wizards.exe, and is a diver on his school's swim and dive team. During the pandemic, Arjun led over 10 groups of people to 3D print over 2000 face shields and over 3000 ear savers for front-line workers.

Avigayil Fischman-Charry is, at heart, a musician. She experiences the world through words and through melodies, attempting to put both into action while being a student at the Charles E. Smith Jewish Day School. Being a perfectionist, writing music and words is never easy, but Avigayil is in the process of learning that failure is not the end of the road, simply an obstacle. She adores writing and reading and writes short stories in addition to lyrics in her free time. Currently, she is looking to expand her horizons as a musician and develop a promising career in music.

Daniel Melville is an ambassador for the company Open Bionics, he has tested their arms for the last 6 years and watched the arm evolve. Assisting Open Bionics ignited a spark in Daniels interest in 3D printing which led him into starting his own small business specialising in custom 3D Printed creations. He noticed over the years a demand for a way to safely disposed of 3D Print plastic waste and has since began repurposing the waste material into unique items so that his business and others are more circular and environmentally friendly.

When Isabella Tunney took the scout's oath to do her best, she kept her word. Having joined the Boy Scouts of America on the first day girls were eligible, Isabella was motivated to maximize all the program's opportunities. Isabella blazed the trail for future female scouts- shattering glass ceilings with her accomplishments. In addition to earning her Eagle Scout award on the first day girls were eligible, she earned 137 merit badges, 116 more badges than required. Isabella hopes to inspire others to try new things, blaze a trail that hasn't been taken before, and always do their best.

Jessica Rosenberg is an 8th grade student at the Charles E. Smith Jewish Day School. She enjoys musical theater and performing as well as writing poetry. Jessica will be reciting a poem she has written about resilience as well as briefly sharing methods for writing poetry so others can create their own short resilience poems. Jessica is so excited to teach others more about the art of poetry.

Mario Hernandez is a Sr. Student Success Manager at 2U, Inc. He is a member of 2U’s DE&I Steering Committee and liaison to 2U’s Latinx Business Resource Network. Mario graduated from the University of Denver with his MBA in 2019 and got his B.S. in Business Administration from the University of Northern Colorado in 2013. He was born in Guatemala City and moved to Denver, Colorado when he was 11 years old. Mario is a DREAMer and DACA recipient. He has worked in Higher Education most of his career and is passionate about social justice, immigrant rights, and equitable access to education.

Mia, a proud graduate of the Charles E. Smith Jewish Day School and freshman psychology and communications major at the University of Maryland, is the founder of Life Beyond the Box: a mental health/lifestyle blog aiming to break the barriers and preconceived notions established by social media. Through her writing, Mia hopes to give people something raw and real - a stark contrast from what we typically see on our phones. It is so easy to forget that social media is a highlight reel, so before comparing yourself, remember the realities of humanity beyond social media's box.

From a young age, Rebecca Safra has always thought meticulously about her future, until she realized how harmful it could be for her physiological well being. Currently a junior at the Charles E Smith Jewish Day School serving as the president of the Mental Health Awareness club, Rebecca talks about how her mindset shift avoided harming herself. She teaches how you can build a resilient mindset of your own to deal with daily struggles in your life.

Rose is the head chef & founder/owner of Rose Ave Bakery, a modern Asian American bakery. Her bakery is an extension of her art and her pastries are her muse, telling the story of who she is in the form of edible delights. She spent a decade as a pediatric nurse with a side job- working with food. After finally taking the leap, she opened up her small bakery business in downtown Washington, DC just as the pandemic started. Within 3 days of soft opening, the city and the world shut down, forcing them to close their doors. The restaurant industry seem to be collapsing as many food establishments are making the dreaded decision of permit closure. After taking necessary safety measures to reopen, they find themselves at a crossroad of being an in-demand business faced with tremendous challenges every single week. This is their story as they continue with their heads up high, spreading their magic through Asian American inspired treats, while supporting the community they love and serve.

Sean is a freshman at the Charles E. Smith Jewish Day School and he is looking forward to talking about the difference between internal and external obstacles individual's face. Moreover, he will be sharing his personal experience about how he has overcome obstacles in his life thus far and how being able to do so is one of the most essential things a person can and should do in their life. 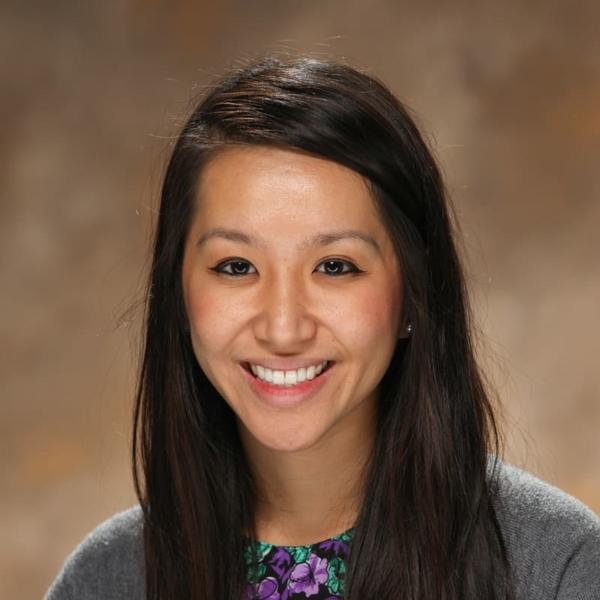