Theme: INFINITY - Beyond frontiers and limitations 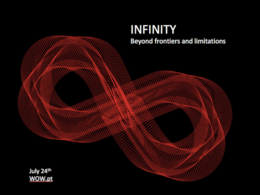 TEDxVilaNovadeGaia will bring together a fantastic group of 12 speakers who will share their ideas in areas as diverse as science, education, sports, technology, medicine, music, and culture.
Distinct paths, overcoming limits, in infinite search for new frontiers, inspiring moments, which we hope will foster new individual and collective ideas in the community of Vila Nova de Gaia.

Kabeção fell in love with sound exploring during childhood. Self-taught, he never stopped since then to experiment with different types of instruments - from strings to woodwinds - combining eclectic influences and his very personal approach to sound into powerful music. Finalist on Portugal "Got Talent" (2015), he traveled with his handpans/pantams across more than 20 countries; in Europe, Asia and America. The benevolent international community gathered around his music crowd-funded his first long-awaited double album "TOUCHING SOULS"(2017). During the following tour, Kabeção composed new pieces inspired by the human and musical experiences he shared around the globe. He launched another successful crowdfunding for his second opus - "FREEDOM EXPRESSIONS"- a triple album with guests, released in 2020. Kabeção designs - in collaboration with YISHAMA - original and unique layouts that inspired an entire generation in the handpan history. In 2020, he opens the Pantam School in Portugal.

Catarina starts by studying Immunology in Moscow. She next does a degree in Plant Biology at the University of Lisbon, followed by a DPhil in Immunology at the University of Oxford. After a decade in medical research, she moves into Science Communication and starts writing about science for the general public. Following a Masters in Science Communication at Imperial College, London, with a thesis in art and science, she teaches science communication and launches the "Storytelling Science Project"., which puts scientists, science communicators, and artists together talking about science in non-academic spaces. In 2015, an old interest in promoting adult scientific literacy and critical thinking as instruments of social change and a belief that such projects were lacking, leads her to become freelance to help a change in this. A result is the "Everything You Always Wanted to Know About ...* (*But Were Never Able to Ask)", a series of educational workshops for chronic patients .

Full Professor at Faculty of Science and Technology (NOVA) - the University of Lisboa, Vice-Dean of NOVA, and Director of the Center for Laboratory Materials Investigation (CENIMAT) of i3N - Institute of Nanostructures, Nanomodeling, and Nanofabrication. Graduated in Physical and Materials Engineering in 1987, Ph.D. in 1995 in Microelectronics and Optoelectronics. Since 1998, leads the investigation team of the Materials Research Center (CENIMAT), having been distinguished by the discovery of the paper transistor. In 2008, the European Research Council awarded her the 1st Prize, in 2018 received the second Advanced Grant from the European Research Council. Czochralski Medal awarded by the Academy of Polish Sciences and the Blaise Pascal Medal awarded by the European Academy of Sciences. Doctor Honoris Causa in 2009 by the Gallati University and the degree of Grand Officer of the Order of Infante D. Henrique the Navigator granted by the president of the Republic of Portugal in 2010.

Anesthesiologist and Intensivist from Porto, dedicated to humanitarian missions since 2009 with Médecins Sans Frontières, International Committee of the Red Cross and Médecins du Monde, in areas of extreme humanitarian need: Mozambique, DRCongo, Pakistan, Afghanistan, Syria, Central African Republic, Iraq, Burundi, Yemen, Gaza, and South Sudan. He gives voice to the lives that passed through his hands, appealing to global humanity through his writing and numerous interventions. Author of the book "1001 Letters to Mosul", where he compiled hundreds of letters from Portuguese that were delivered to the epicenter of one of the greatest collective sufferings in memory. In 2018, he launched the humanitarian book: “The world needs to know”. Distinguished with several awards (University of Porto alumnus of the year in 2015, International Volunteering award, and Global Goodwill Ambassador), he is part of a group that reflects on the future of Portugal led by the President of the Republic.

Full Professor of Physiology at the University of Porto. Specialist with extensive experience in improving performance in people and teams, whether in the context of high-performance sports or in a corporate environment. Author and co-author of more than 60 scientific papers published in peer-reviewed international journals and author of 5 books. He has already worked with companies such as Deloitte, José de Mello Group, Siemens, Philips, Sonae, Santander Bank, Ana Airports, Wipro, Galp, Sage, MSD, AstraZeneca, AoN, Bayer, COFCO, Biogen. More recently, he has participated in the physiological monitoring of international race car drivers. Scientific Leader of the FUEL Project at Deloitte. Visiting Professor at Porto Business School. UNILABS Consultant Scientific advisor to the Powermotion Group (specialists in race car drivers training).

Portuguese and French teacher at Inês de Castro School, in Vila Nova de Gaia. She graduated in 1992 from the Faculty of Arts of the University of Porto and has published more than thirty books (school, novels, and children's books). She is an expert trainer in Portuguese working both with teachers and also at the business level. For several years, she wrote on Jornal de Notícias about the Portuguese Language. She currently writes articles for Público newspaper. In 2014, she was invited by the Polytechnic Institute of Macau to provide training to Chinese university professors, under the theme “Communication and Expression”. She has also written articles for the Portuguese Language Observatory and is a contributor to the Ciberdúvidas website.

Luísa Pereira is a researcher and group leader at i3S - Institute for Research and Innovation in Health. Conducts research on genetic diversity in populations in Europe, Africa, the Arabian Peninsula, America, and Asia, with the aim of inferring the past and evolution of humans. One of the main drivers of human selection has been pathogens, and Luísa has been identifying signs of this different population susceptibility to infectious diseases. She has been involved in disseminating the research to the general public, being co-author of the book “The Portuguese genetic heritage: human history preserved in the genes”.

Entrepreneur and manager of companies in different fields of activity, president of a business association (APERC), sportsman (mountain bike, running, triathlon, motorbike), and adventurer in expeditions where physical capacity, logistics, and resilience are critical factors. The last relevant experience was the Victoria500, tribute to the 500th anniversary of the Magellan circumnavigation, involving Magellanic counties from 3 countries, where the purpose was to take 2 Forais letters from Vila Nova de Gaia and deliver them to the Municipalities of Punta Arenas in Chile and Puerto de San Julian in Argentina covering 8000kms on a motorcycle in 16 days.

Researcher at the Institute of Astrophysics and Space Sciences (IA) and Assistant Professor at the Department of Physics and Astronomy of Faculty of Sciences - University of Porto. In 2004, he published the discovery of the first potentially rocky planet orbiting another star. In 2009, he was awarded a Starting Grant by the European Research Council, which allowed him to create a team to research extrasolar planets. Author of over 400 scientific articles, he won in 2010 the Viktor Ambartsumian international prize, for the studies that relate the properties of stars and their planets. He is the responsible researcher in Portugal for the projects ESPRESSO and HIRES@ELT (ESO), and for the CHEOPS and PLATO (ESA) space missions.

Bachelor's degree in Basic Education Teachers (1st Cycle), a degree in Educational Sciences, and a Ph.D. in Education and Human Development. She is currently doing a Post-Doctorate in Educational Sciences (specialty in Pedagogical and Didactic Research and Practice). Professor at the EAFSA Group of Schools (Vila Nova de Gaia), pedagogical advisor at CFAE Gaia Nascente, and teacher trainer in the areas of “Pedagogical Practice and Research, General Didactics and the 1st Cycle”. Researcher at the Research Unit in Education and Community Intervention (RECI) and PI of the COOPERA Project, which she coordinates since 2016. She was awarded the Global Teacher Prize Portugal 2020 and elected as one of the 10 main figures in the field of Education, at the Gala of the newspaper O Gaiense, in June 2021. She is interested in the continuous training of teachers, and in pedagogical and educational innovation based on active teaching and learning methodologies, using educational technologies. 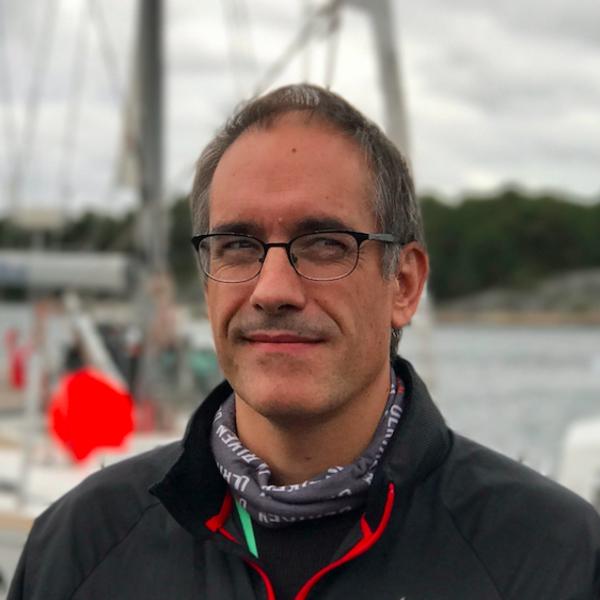