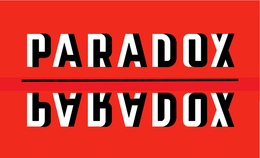 Oscar Wilde said, "I can resist anything except temptation". PARADOX is our theme for our fourth TEDxDeerPark. A PARADOX is a situation, person, or thing that combines contradictory features or qualities that when investigated may prove to reveal deeper truths. In our lives, we unwittingly find ourselves in paradoxical spaces, such as the tension between what we say and what we do. Our presenters will share different aspects of this interesting and provocative concept as it is expressed in our human existence.

Founder of One Line Agency

Adam Rauch is a Long Island native and graduate from Binghamton University. After 8 years handling marketing for companies in the sports and entertainment industry, Adam launched One Line Agency, a full-service corporate hospitality and experiential marketing company. Started from his living room apartment in Bayside, Queens, One Line has grown to 10 full-time employees and has a roster of corporate clients that include Anheuser-Busch, Kia Motors, Microsoft, and Wise Snacks. His greatest accomplishment to date was having his company mentioned on the Howard Stern Show the day after the Super Bowl in 2019. Adam’s motto for approaching business is “difficult takes a day, impossible takes a week”, coined by Jay-Z. Adam & his company has coordinated corporate experiences at nearly every marquee sports and entertainment event around the world including the Super Bowl, The Masters, Kentucky Derby, Daytona 500, Eurovision Song Contest, Rugby World Cup, French Open, UEFA Euro and many more.

Assistant Commissioner for the Office of Access, Equity and Community Engagement

Born and raised in Bedford-Stuyvesant Brooklyn, Dr. Anael Alston is currently the Assistant Commissioner for the Office of Access, Equity and Community Engagement in the NYS Education Department. In this capacity, he informs educational policy across the state and administers nearly $200 million dollars annually to help support students across NYS from pre-K through college. Prior to that, he was the Superintendent of Schools for the Hamilton Central School District. As a superintendent, Dr. Alston distinguished himself as one of the few superintendents across the state to have a 100% graduation rate. His team also moved an agenda that involved the entire school community in creating a Board-adopted 5-year strategic plan to improve access, opportunity, and fiscal responsibility to the small rural school district. A former Golden Gloves champion, Dr. Alston fights for children each day knowing that if not for the battles waged for him as a child, he would not be where he is today.

Brianna Collora is a senior at West Babylon High School. She is eager to leave for college as a history major, and hope to one day become an assistant district attorney. She discovered her love for law, debate, and public speaking when she was chosen for the school mock trial team. she served as captain of both mock trial and varsity field hockey in 11th and 12th grade. In this role she learned how to be a good leader, and influence both a group and individual in a positive, calm manner that would benefit everyone. Brianna finds joy in helping people, and believe that as long as we listen, learn, and be kind, we’ll always continue to grow. As a TEDx speaker, Brianna is excited for the opportunity to educate and help spread her message to continue to make change.

Corrie LoGiudice is a life and business strategist, speaker, host, influencer and motivational maven. She’s a former SVP, single mom, and survivor of miscarriage, divorce, abuse & suicide loss. She utilized her trauma to fuel her motivation instead of set her back, and now teaches others to do the same. As the host of the Corrie Lo Show, Corrie each week showcases strategies, tips, resources and interviews on how to lead motivated, passionate and purposeful lives and businesses. Corrie is a mental health awareness advocate, which drives her to provide value and healing to others each and every day. She shares her strategies through her show & podcast, coaching, speaking engagements, writing, online courses, and social media platforms. She also has been featured in the Mighty, Authority Magazine, Thrive Global, Elite Daily, Girlboss, HelloGiggles, the Everygirl, Insider & Business Insider.

Derrick Pearson is a sportscaster, radio and television host, writer, manager, high school coach, and mentor, and has a special way with words. 30+ years of coaching and managing people, plus talking one on one with the greatest athletes and coaches in the country. Hosted sports shows in Washington, DC, Charlotte, Los Angeles, Salt Lake City, and Atlanta, He helped establish Fat Guy Charities in Charlotte, an NFL Charity, and developed LovePrints, a national mentor program that promotes Loving and Learning through Sports. Derrick is the co-host of "The DP & Stephens Show" on 93.7 The Ticket FM in Lincoln, Nebraska.

Etu Evans, is a celebrity shoe & accessories designer, style correspondent, and Founder of the Solesville Foundation; a global initiative which provides shoes and advocacy for victims of sexual abuse and trafficking. The New York Daily states "He’s one of the hottest shoe designers in the business and has turned the world upside down on its stiletto heel. Beyoncé bounces in his footwear, Tyra Banks says she’s a fan and Lil Kim strapped on some boots for a sexy photo shoot.” Footwear News has hailed Etu and his purple bottoms as, “the Prince of luxe footwear.” Evans’ designs have graced the pages of German Vogue, Harper’s Bazaar, Marie Claire, Essence, GQ, In Style, Ebony (30 Leaders of The Future) and Black Enterprise. His designs have adorned Halle Berry, Sharon Stone, Queen Latifah, Cynthia Bailey, Michael B. Jordan and John Singleton, just to name a few. He is the Creative Director of Harlem World Magazine and host of The Republic of Style podcast.

Hilderbrand has achieved something few others have accomplished: He has led five different types of urban schools with difficult learning environments to achieve significant improvements. He has participated in three major reform efforts to turn around schools. Hilderbrand has directed educational programs in the City of Philadelphia’s six major correctional facilities and also designed two high school models for the expelled student population. Hilderbrand’s most notable accomplishment was the creation of a successful school model for incarcerated juveniles in the Philadelphia correctional facilities. His book, Unlocking Potential: Organizing a School Inside a Prison, examines urban education from a perspective that is grossly underrepresented in national debates, namely, incarcerated students.

Katrena is the founding Executive Director of Inspiring Minds NYC where she created a culturally responsive community school model that employs residents from the community in leadership. Katrena has worked in youth development for 15 years overseeing programs in over 60 NYC schools and 10 schools in Los Angeles. She has provided community models in over 12 NYC districts. She gave a TEDxTalk at Wake Forest University on innovative strategies for connecting to underserved youth in the South Bronx. Katrena has also hosted city-wide youth festivals at the Apollo, United Palace Theater, Restoration Plaza and Weeksville Heritage Center. Katrena attended Penn State on a full basketball scholarship and completed the Executive Leadership Program at Columbia University.

Drs. Lisa and Richard Orbé-Austin are the husband and wife dynamic duo behind Dynamic Transitions Psychological Consulting, a career and executive coaching consultancy in NYC. Both Lisa and Richard are licensed psychologists and executive coaches who focus on leadership development, career advancement, job transitions, and diversity, equity and inclusion issues. Lisa earned her doctorate in Counseling Psychology from Columbia University, Teachers College, while Richard earned his PhD in Counseling Psychology from Fordham University’s Graduate School of Education. Dr. Lisa’s views are regularly sought by the media such as The New York Times, NBC News, Forbes, The Huffington Post, Refinery29, Business Insider, and Insight Into Diversity. Dr. Lisa’s book, Own Your Greatness: Overcome Impostor Syndrome, Beat Self-Doubt, and Succeed in Life (Ulysses Press, 2020) coauthored with her partner, Dr. Richard Orbé-Austin, will be released in April 2020.

Matthew S. Newman, a financial services wholesaler and father to three small children, was diagnosed with grade three astrocytoma (brain cancer) at 39 years old. Matthew’s memoir, Starting At The Finish Line, chronicles the journey that he and his entire family took together which got him to a place of clarity, understanding and appreciation. The book’s underlying message of why it’s important to get your financial planning in order is both inspirational and actionable. His dedication to being a top performer at everything he does has led him to become the top wholesaler numerous times in his career, while also fighting cancer, running the Broad Street Run, doing Tough Mudder, writing books, and traveling the world to speak.

Saad Amer is an environmentalist, activist and the Founder of Plus1Vote, an organization dedicated to improving voter turnout and improving representation in democracy. The organization rallies voters on issues like climate change and has reached millions of Americans in the 2018 midterms. He works with the United Nations Framework Convention on Climate Change’s Youth Constituency, is an Expert Reviewer for the upcoming IPCC report, and is an Advisor to the National Parks Conservation Association on their Next Generation Advisory Council. He has worked on environmental issues in India, China and the US. A Harvard graduate himself, Saad co-created Harvard University’s inaugural Sustainability Plan. He has organized and educated hundreds of K-12 students at the Fish Thicket Land Preserve on Long Island and has worked with Brookhaven National Laboratory.

Samantha Lawson, known to many as “Sam Law,” is the founder of Yung Hip Professionals Inc. She is also a published model, event organizer, and community advocate. Yung Hip Professionals Inc is 501(c)(3) charity with a mission to develop leaders and entrepreneurs in at risk neighborhoods on Long Island. Their focus is to empower; men, women, and children to focus on developing their talents to lead to successful businesses and careers. Sam has a Master of Science in Mental Health Counseling from LIU, CW Post and Bachelor of Art in psychology from SUNY Old Westbury. Sam believes the greatest gift you can give to anyone, is to let them know you believe in them.

Sheri-Ann Best began her professional career at a local children's mentoring agency where she established two mentoring programs for young women, at Wyandanch High School and Milton L. Olive Middle School in the Wyandanch School District. In 2003, Sheri-Ann became a Licensed Master Social Worker and began working at the Mental Health Association of Nassau County, where, ultimately, she became the Director of Care Coordination. She also worked as a psychotherapist at the former Roosevelt Counseling and Resource Center. In 2011, Sheri-Ann launched a psychotherapy practice, Broadhollow Psychotherapy PLLC in Farmingdale, NY. It’s focus is minority mental health, increasing mental wellness and trauma recovery. Sheri-Ann is a member of the National Association of Professional Women and the Phi Alpha Honor Society for Social Work.

Victoria Roberts is a former client of a program established as an alternative to incarceration for women offenders. Victoria became an Administrative Assistant and eventually, the Assistant Office Administrator in the Law Offices of Frederick K. Brewington. In 2001, she received her Paralegal Certification at Nassau Community College, then her Associate's Degree in Legal Office Technology from Briarcliffe College, followed by her Bachelor’s degree from SUNY College at Old Westbury and her Master's in Social Work along with her Certified Substance Abuse Counselor Credentials at Adelphi University. Victoria traveled to the University of Stockholm in 2014 to study Sweden’s social policy. That same year, she became the Nassau County Re-Entry Task Force Coordinator and received the Citizens Social Action Award from the Citizens Against Recidivism. Victoria currently serves as a board member of the Women’s Opportunity Rehabilitation Center and was its immediate past President. 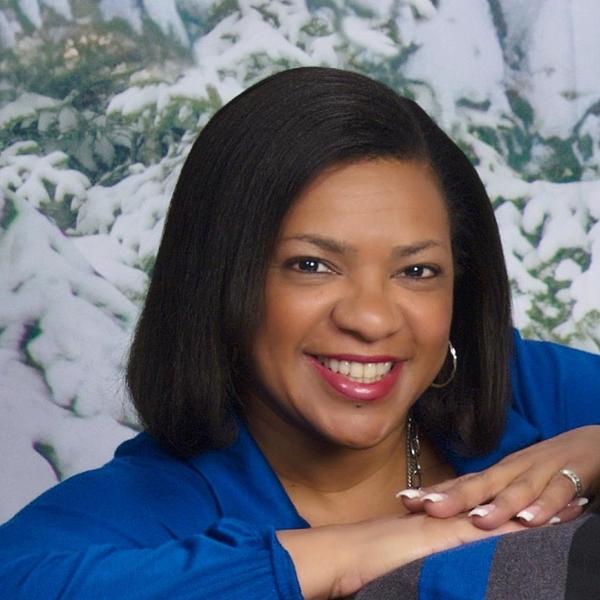 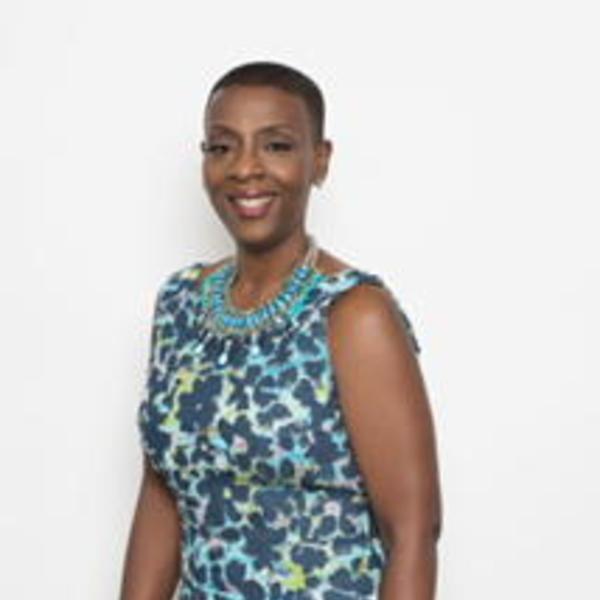