Unmasking Uncertainty seeks to provide answers and build community during the unprecedented times in which we find ourselves. What does uncertainty mean to you? How have you faced it in your experiences? As our communities grapple with the combined effects of the global pandemic, structural racism, a polarizing election, climate uncertainty, and so much more, TEDxUMBC is a space for our campus community to come together and hear the inspiring stories, experiences and ideas of our community members. Please join us via Webex on November 8, 2020 at 1:00 p.m. to unmask the uncertainty of our experiences.

In his talk, Asif examines the stakes of committing to virtual theatre at the exact same moment that the pandemic was declared, arguing that it remains both possible and necessary to center community and care amid existential uncertainty.

In her talk, Evangeline will focus on empowering foreign-born nationals by showing them the importance of being a registered voter, and engaging in their communities without being able to vote.

In her talk, Haleemat challenges the audience to harness the power of the present moment, since it’s the only time we can control; so take that bold step, start somewhere, accept, reflect, and transform. Throughout, the audience will face the "what if's” that cause fear and receive practical steps to confidently move in an "even if" state of mind.

In his talk, John discusses how machine learning impacts us now in many ways that will only grow in the future, arguing that we must gain a critical eye by understanding how it works and doesn’t work to guide and intelligently decide its impact or it will be decided for us.

In her talk, Karis will discuss defeating one of your worst enemies: you. She hopes you will learn the importance of identifying and calling out your inner demons in order to find self-worth.

In her talk, Maryam will discuss the controversy around integrating ethnic studies into school curricula. Through this lens, the talk will explore how our attempts to celebrate diversity and push for inclusivity may put us at risk of adopting an ethnocentric framework that can inadvertently lead to a form of solidarity that is rooted in otherization.

In his talk, Mike explains theories on sleep and dreams, how to take control of negative experiences, and how to mold your dream reality at will.

In her talk, Rojin will explore the struggles she faced regarding the decision to engage in selfish behavior on her path to success, directly going against the fundamental foundation she was raised on as a Middle Eastern woman: to support and be of service to her family and community. But to be of service, Rojin realized that she had to learn to selfishly invest in herself.

In her talk, Sahara will present stories from her own life and the lives of others that will change the way you look at uncertainty. She believes uncertainty to be super intimidating, especially when one comes across closed doors, but that's the time to unleash one’s hidden potential and stand like a rock in front of greatest fears. Her theory is: when nothing is certain, anything is possible!

In her talk, Zareen will speak about the personal process of empowerment, impact, resilience and achievement, drawing on her experiences as a woman refugee from Afghanistan who grew up in refugee camps. She hopes to inspire other refugees and reassure them that despite the uncertainty of coming to a new country, they can still empower themselves through community activism. 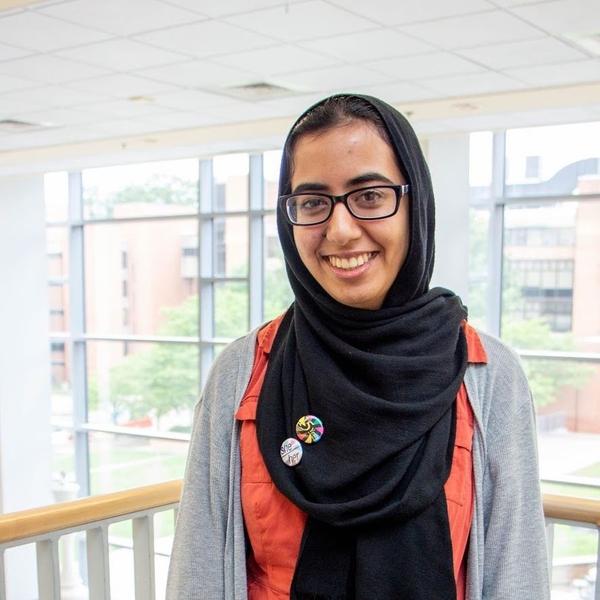