"Figure it out for yourself, my lad.

You’ve got all that the greatest of men have had,

And a brain to use if you would be wise.

With this equipment they all began,

How have you made a difference with the simple equipment you have as a youth?

Adrian Lyles is a 15-year-old singer, songwriter, and producer. His passion is real music with lyrics that listeners can connect to. At the age of 13, Adrian Lyles released his first self titled EP. His music can be heard on all streaming platforms and is played on Deep Dallas Radio and KXT 91.7 FM. He started producing other artists at the age of 14. You can catch a live show at many of the notable venues in Dallas.

Amoy Antunet is a 9-year-old neuroscience expert from Atlanta, Georgia. Her love for science began at the age of three when she stumbled upon a microscope belonging to her father. She dissects mind-boggling topics including cell division, the heart, PH testing, the brain, neurophysiology, and a multitude of other scientific subjects. She has been featured in several media outlets around the world, including BBC trending, “The View”, “The Kelly Clarkson Show”, Girl Talk magazine, CNN “kids that rock”, The Michaela Pereira Show on HLN, and several others media outlets. She was recently a featured speaker at the Roadmap Scholars Neural Conference where she spoke on Alzheimer's and was given the award for outstanding scientist. She is currently the youngest person ever to present at a neural convention. She is also the youngest ever to judge the Miss Black America pageant since Kim Fields. Her Facebook page “Science for Children with Amoy Antunet” has over 18,000 followers.

Arianna Akinwunmi is from Frisco, Texas. She defines herself as a go-getter, change-agent, and mentor. She has been recognized throughout the DFW area and nationally for many outstanding achievements. Her most memorable achievement was being named the National Brand Ambassador for the Charles Schwab Money Matters Program for the Boys & Girls Clubs of America. She is currently a finance student at the University of Texas at San Antonio and is a model for the Nelson Fashion Group Agency.

If you are looking for Azia she can likely be found somewhere near children. She has a BA in Dance Education and is a certified paraoptometric. Prior to relocating to Texas; she split the majority of her time between teaching dance and movement classes to children (ranging from age 3 -12) and working with pediatric patients at optometric practices. She is passionate about giving back to children and volunteers in various capacities. As a woman of many hats, her favorite role is being a mother. She and her husband have two beautiful children that continue to teach her lessons daily.

Eitan Bernath is an 18-year-old chef, food & lifestyle content creator, entrepreneur and entertainer, best known for his viral TikTok videos that showcase his cooking expertise and captivating personality. Eitan has built his own production company, producing high quality cooking videos for his followers across his social platforms. At just 11 years old, Eitan’s passion for cooking was solidified when he competed on the Food Network's "Chopped: Junior". In 2017, he made a second appearance on the Food Network on Guy Fieri's series, “Guy's Grocery Games,” after personally being asked by Fieri to be on the show. Eitan is currently working on multiple digital series, a cookbook and expanding the capabilities of his production company, all while continuing to increase his social footprint. What sets Eitan apart from his peers is his work ethic and clear knack for performing on camera. The young chef has a bright future ahead.

Monica Bencomo is a married homeschooling mom of three, speaker, entrepreneur, and author of "7 Habits of a Healthy, Happy Mom". After getting her BA in Liberal Arts from the University of New Mexico, she became a certified fitness trainer and life coach, focusing primarily on teaching mothers tools to become their best selves. Her lifestyle brand, Moms Wear Heels, has been featured on outlets such as People, BET, Fit Pregnancy, xoNecole, Daily Mail, and Refinery 29.

Peter Burns has over 30 years of leadership and management experience that includes 20 years of service with the United States Army Signal Corps (retired). He is actively involved in his church and his community, serving on various boards that focus on mentorship, leadership, entrepreneurship Science, Technology, Engineering, Arts and Math (STEAM) education of our youth.

Piper has been a competitive dancer for 12 years and aspires to teach and perform as a career in the arts.

Sidharth Sood is an entrepreneur, inventor, public speaker, and the Founder & CEO of Curiosity, a private space exploration company that works with multi-billion dollar aerospace companies to take humanity to Mars. He’s also involved in commercially developing innovative solutions for the U.S. military and was chosen by the United States Patent & Trademark office to give a speech at Earthx 2019. He enjoys sharing his opinions on business-related issues and is a contributor to The Independent Post, the Medium, and Next Generation Politics.

Simone is an 18-year-old originally from Kansas City, MO but is now thriving in the great state of Texas! Dance has been a part of her journey ever since she can remember and with 16 years under her belt, she will continue her dance career at Dallas Baptist University as a member of the DBU Patreittes. With a degree in early childhood education on the horizon, Simone plans to further her knowledge and passion for children as she enters into the education field working as a school counselor. At 17, Simone founded her social media platform “Fit For More” as an outlet for plus size teens and teens in general to get information about staying healthy as well as motivational moments to keep them going on their journey of life. Simone also devotes a large part of her time to her church community serving her peers as well as the youth ministry and later plans to work in ministry. She leads a legacy of passion for what you do, kindness for all you meet, and love for the ultimate Savior.

Stephanie Hanrahan was just your seemingly average housewife until she grew tired of pretending and decided to make her private journal public. Since sharing her story, Stephanie has achieved viral success with her website, Tinkles Her Pants, which chronicles her journey as a wife to a husband with chronic illness, mother to special needs children, and a woman who often unravels then finds her footing again. Stephanie’s stories can be regularly found on the Today Show, CNN, Yahoo! News, Google, and more, where she leaks nothing but the truth. 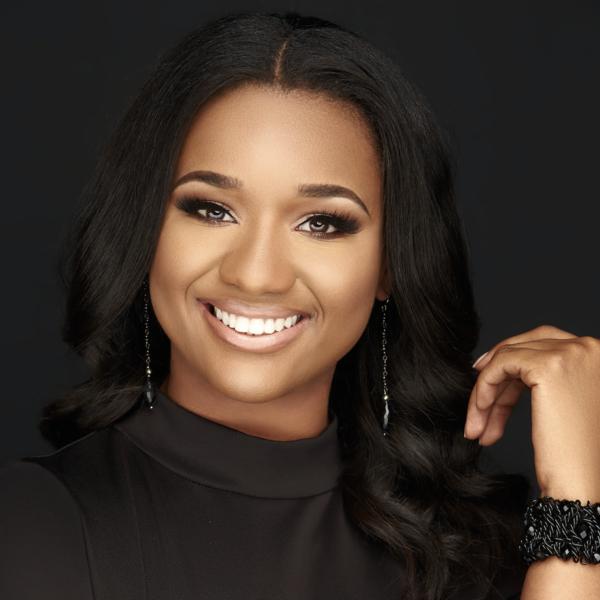