This TEDX event endeavours to be both an investigation and celebration of the resilience of humanity in its myriad forms. We wish to offer an expansive take on this notion, looking in particular to local and global futures. We wish to approach this idea from an array of angles: from the scientific and the academic to the pragmatic and the personal, combining these to provide a holistic view on self, mind, health and their futures.

Food on the door will be provided by the fantastic local Redheads Mac 'N' Cheese and Scream for Pizza.

There will also be a cash bar on the day serving alcohol and soft drinks.

Emma is a dynamic thought leader working across all elements of Fashion Retail, Marketing, Branding and Fashion Styling. A change maker in her field – she is renowned for her transformational work within the charity retail sector. With her unique combination of expert knowledge, Creative Direction and a natural Instinct for contemporary trends and cultural shifts, Emma brings an innovative angle to every project she works on.

Dr. Guy Aitchison is Lecturer in Politics and International Studies at Loughborough University where he teaches political theory and the history of political thought. His work looks at the ethics of political resistance, drawing on philosophy to think about how movements act to challenge an unjust status quo. He also has interests in the philosophy of human rights, immigration and online public shaming. Prior to Loughborough, he taught in the Philosophy department at King’s College London. He did his PhD at UCL and undergraduate degree at Cambridge University.

I am a senior lecturer in Science Communication. I teach at foundation, undergraduate and postgraduate levels on topics including digital communication, public speaking, and research methods. I also teach on science in public spaces, including comedy, games and citizen science. At the level of research, my main interests are the use of methods from cultural evolution to look at how scientific information is transmitted online, in the lab, and in the real world. Current research projects are looking at escape rooms, twitter and science comedy.

Touted as “One of the best things from Hull since Chip Spice” multi-award winning stand-up comedian Jed Salisbury has spent the last decade establishing himself on the British comedy circuit with his contagious energy and playful nature. Gigging at prestigious comedy clubs, festivals and major events in the U.K, Jed is on the precipice of becoming a huge star of tomorrow. Jed has contributed to successful comedy sketches for the BBC as both writer and actor. Jed earned vast experience when he became an executive producer and part of the lead ensemble for a sitcom pilot. Most recently Jed participated in the docu-series ‘Who Are You Calling Fat’ which aired on BBC 2 and brought the fascinating debate of health, body positivity and living with obesity to the nation’s screen. Jed’s open nature and true honesty on the show provided a brave and endearing voice in the debate.

Jimmy Gittins is an ex rugby league player, who in 2002, suffered a horrific injury breaking his neck in 2 places, putting an end to his playing career and changing his life forever. He has spent the years since his injury pushing his body to new limits, he walked out of hospital after 9 hard painful months and has since taken on one challenge after another that most people wouldn’t even think they could attempt. Jimmy does all this with a smile on his face. His positive attitude to life and to his own limitations can’t help but rub off on those he meets. Before his accident, Jimmy also ran his own very successful construction company with his family. After leaving hospital, knowing he couldn’t return to his previous careers, knowing rehabilitation was going to be for the rest of his life, he saw an opportunity, and with his friend and physiotherapist formed a specialist rehabilitation unit, which has gone from strength to strength winning national and regional awards.

Growing up without a diagnoses of ASD was difficult to say the least, i struggled immensely with everyday life and didn't understand where I fit into the world. I did all these different behaviour’s that at the time I didn't understand why I was doing them but really struggled to stop. As I have felt throughout life I have had to hide away and compress everything deep inside I have learnt a lot about myself and become very self aware which I feel puts me in a very good position to help families, businesses, schools or the general public learn more about ASD and how they can change their environment or their behaviour to help people that have ASD. A year ago i had no funding and no support yet he strives to make a difference in a lot of children and adults lives.I travels around schools in the UK teaching kids with autism that it’s okay to be them! The kids look up to me and can see that autism isn’t life limiting and they can achieve whatever they put their minds to.

Shaun has been a digital creative for over 35 years and has 11 years experience in the VR industry he founded Vector76 in 2008 one of the UK's very first 100% virtual reality companies. As well as his work at Vector76XR, Shaun is on the advisory board of Eyemerssion, a VR tourism startup and also CTO of XR Therapeutics, a startup specialising in using XR to help treat young people with autism. He was a founding member of the VRTGO Lab VR incubator space in Gateshead and consulted on the design Proto Europe's first purpose built emerging technology centre. In addition to enterprise clients across all sectors his public projects include Rocket reimagined, an immersive journey on Stephensons Rocket for the Great Exhibition of the North at Discovery Museum Newcastle. Vector76 also developed the 360VR pitch video for NGI used to help win the Great Exhibition of the North.

I am a sociologist and a geographer of education with a strong commitment to the politics of education and envisaging alternative futures for education and society more broadly. My interests lie at the intersection of sociology, geography and history and the central theme running through my work is how structures and experiences of power and inequality in education are reproduced over time and through different local and regional geographies.

The Roaring Girls are a Hull-based theatre company creating work that is fierce, feminist and fun.They use autobiographical narratives to create their work - they want to talk about things that they can relate to, that their audience can relate to. They believe that approaching big, sometimes taboo subjects on a personal level, allows them to talk about these topics with their audiences. Their work is the first part of a conversation- their audiences leave laughing, crying, and most importantly, talking.

One of 2019's BIMA 100 – a list recognising the UK's 100 most influential people in digital and tech – Tom is a leading voice for digital and user experience design in the North East. With a wide-ranging career in digital and design, Tom is Associate Director at EPAM Systems, where he conducts user research and testing, leads design workshops, and helps to create beautiful, meaningful design experiences. He regularly hosts talks and YouTube videos about the curious, exciting, and occasionally terrifying future of artificial intelligence, digital design, and virtual reality. Tom channels his infectious enthusiasm to not only champion digital design, but also inspire and educate – writing thought leadership pieces for online publications, organising industry design meetups, and running bootcamps and workshops for local schools and universities. He wants to make a better world, and hopes our robot overlords will appreciate it. 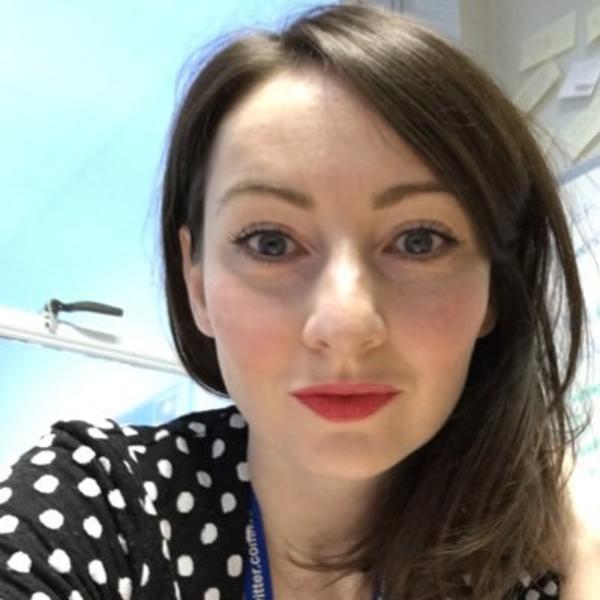