TEDxAlsaaSquare theme is OPEN WAVES, which represents our passion toward open, free and liberate transfer of informations for all classes of the community, Ramallah community which contains plenty of unique individuals and initiatives who don't have any free space where they can express and share their initiatives and thoughts wild openly due to many political aspects. thus TEDxAlsaaSquare concern these individuals in hope to seek real, and touchable changes in the local community, also to represent the energy and the knowledge Palestinians have with the world.

Adeeb Safadi ,was born in the occupied Golan Heights with an undefined nationality. After high school, he pursued his study in Syria. He decided to stay in Syria and pursue his dream to work there as an actor. Upon his return to the Golan Heights, The Drama Academy in Ramallah offered him a position there as a teacher, started in 2013 three years of cooperation until 2016. Since graduation he participated in many projects in theater, TV series and cinema such as, “Junction 48”, “Between heaven and Earth” and “The Reports on Sarah And Saleem” in lead and support roles. And now he is working in and on my career as an actor, hoping to reach greater goals.

Adi Khalefa is a Palestinian standup comedian from Nazareth. To this day, he has performed in multiple comedy festivals around the world; Opening for and participating with renowned comedians such as Maz Jobrani ,Mo amer, bassem Yousef and Nemr Abu Nassar , Pablo Fransisco in local and international festivals like the Dubai Comedy Festival and The Arab New york Comedy Festival. He just released his Netflix special in 2019 .

Emile Saba, is a theater director and actor from Ramallah, Palestine. He received his MFA degree in Acting from UConn (University of Connecticut). Has a bachelor degree in English Literature and in Business from Birzeit University and a diploma in theater from ASHTAR Theater. Directing credits include: ASIMO (April 2020), love on the shelf (Oct-Dec 2019), Anonymous (2019), Jabra (2019), “The First Well”, Peer Gynt (2018) by Henrik Ibsen, and Taming of the Shrew (2018). His acting credits include: Fritz in The Jewish Wife by Bertlot Brecht dir. Shibly Baow, Harfoosh in The Journey of Rida dir. Mohammad Eid, Waiting for lefty dir. Michael Bradford, An absolute Turkey dir. Paul Mullins, King Lear, dir. Dale AJ Rose, Sense and Sensibility, Dr. Kristin Wold, and Antigone (Bertolt Brecht & Judith Molina), dir. Dale AJ Rose.

Ghassan Sawalhi El Ärkitekt الأركِتِكْت (Rapper, producer, audio engineer, composer, arranger and Oudist) In 2003 he joined Edward Said National Conservatory of Music in Palestine to begin his journey with the Oud. 8 years later, in 2011, he co-founded Bil3aX band (pronounced “Bil’aks”) for contemporary and alternative music. In 2017 Sawalhi graduated with honours from the esteemed Berklee College of Music with a bachelors in Music Production and Engineering. In 2019 he created the persona of El Ärkitekt, an Arabic rapper/writer that focused in the beginnings on tackling social and political issues of the Arab world. It later evolved to include more personal and relatable subjects.

Samaa wakeem, actress, choreographer and performer from Haifa who graduated from Haifa University with BA in fine Arts. She was a Co-producer in many plays such as “I am Yusuf and this is My Brother” and “The Beloved” with Shebir hur. As she also performed and choreographed many performances as Exist, Hash and Cabaret with Khashabi theater. She performed in Badke with KVS & Les balletes C de la B. In addition to her performance with Yaa Samar in Bound, Against a hard surface and The last Ward.

Samar Ozrail is a Palestinian researcher and memory worker with MA in Forced Migration and Refugees from Birzeit University. With over eight years of experience in archive research and Palestinian history primary sources. As a people-oriented field researcher at the Palestinian Museum, Ozrail combines knowledge and expertise to help build a world-renown from-below archive, that is hyper-specialised on the life, history, and culture of the Palestinians since the 18th century up to now.

Thabat Khatib is a neuroscientist keen on studying diseases (mainly neurodegenerative ones), different neural circuitry and molecular pathways in the body, understanding how our brains function, and working on projects with therapeutic translation to improve lives. Thabat and her team in the UK have two patents on drugs they developed that could be beneficial for Alzheimer’s disease. She is one of the founding members of “Palestine Young Academy” that aims to give a voice to young Palestinians and empower them in different life aspects. 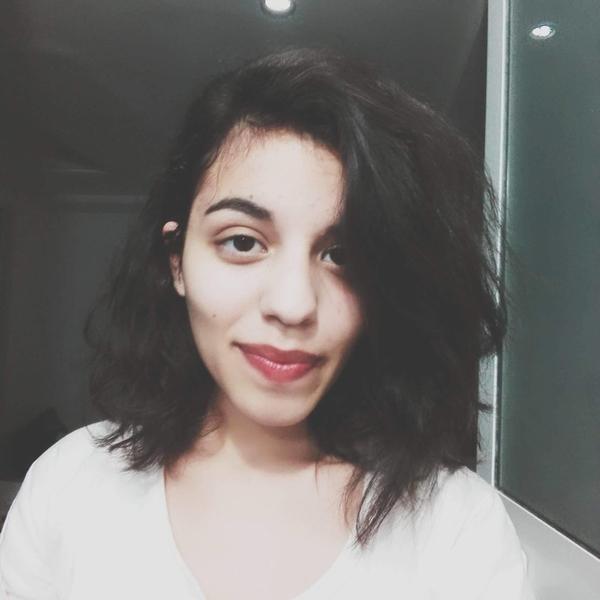