Theme: The Spaces Between 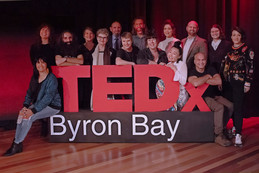 Join us as we explore ideas worth spreading.

We’ve got underwater explorers (yes, Franck actually slept underwater for four days!), the nation’s favourite garden gnome, our local Deathwalker who asks if our final act could be our most subversive, an expert who will submerge you in the soundscapes of our streams, an artist exploring how rainbows make us happy, a challenging talk on creating culturally safe public spaces, and that’s only half of the speakers. See below for all speakers!

The theme for this year is ‘The Spaces Between’. The idea came from Indigenous astronomy which places as much emphasis on the blackness as well as the stars making you think of the sky in a whole new way. These kinds of transformative ideas are what we are searching for at TEDxByronBay.

A beautiful lunch, a generous goody bag worth over $100 and exclusive tickets to the afterparty at Stone & Wood (first drink free) in Byron Bay included. Dine and Discover vouchers accepted.

Brett Solomon is an internationally renowned activist working at the intersection of human rights and the digital world. He is the Executive Director and co-founder of Access Now, a global non-profit organization that defends and extends the digital rights of users at risk around the world. By combining direct technical support, comprehensive policy engagement, global advocacy, grassroots grantmaking and legal action, the 100-strong organization fights for human rights in the digital age. Brett is also the founder of RightsCon, the world's leading summit on human rights and in the digital age. Before Access Now, Brett was the founding Executive Director of GetUp, Campaign Director at Avaaz and worked in policy advocacy roles at Oxfam Australia and Amnesty International Australia. Based in both New York and near Byron Bay, Australia, Brett has a Bachelors in Arts and Law and a Masters in International Law.

Catherine Ingram is an internationally renowned dharma teacher and former journalist specialising in empathic activism. She has led silent retreats and public seminars since 1992. Her long-form essay "Facing Extinction," which has been downloaded over a million times, addresses some of our most pressing existential threats while enjoining us to find courage and understanding in facing them. She is the author of two books of nonfiction: In the Footsteps of Gandhi, a collection of original and soul-searching interviews with contemporary spiritual social activists, Passionate Presence based on her many years of leading silent retreats, and one novel, A Crack in Everything. Catherine is president of Living Dharma, a board member of Global Animal, which advocates for animal rights, and of Resilient Byron, which plans resilient and regenerative projects in the Byron Shire of Australia.

Costa Georgiadis is joy on legs. As one of Australia’s most treasured storytellers, he lives to connect and communicate with people. He is a landscape architect, award-winning TV presenter, environmental educator, author, and ground-breaking live streamer. He is the co-creator of Costa’s Garden Odyssey for SBS television and currently hosts Australia’s long-standing, premium lifestyle show- Gardening Australia- on the ABC. His chosen field of landscape architecture and gardening has allowed him to share his big-picture love of the planet. His holistic approach is all about gardening the soil and the soul. From the villager DNA of his Greek grandparents to the de-escalation powers that he has honed refereeing hundreds of community sporting events, Costa has developed an ability to connect conversation, build bridges and above all else engage and excite people to plug in, with heart.

Dr. Gregory P. Smith is a survivor, an academic, and a social researcher. Homeless for much of his adult life living as a recluse in a forest near Byron Bay, he now has a Ph.D. in Sociology and teaches at Southern Cross University in Lismore, Australia. In 2018 he published his memoir ‘Out of the Forest’ with Penguin Random House and has been the subject of two Australian documentaries. His profoundly touching and uplifting memoir is at once a unique insight into how far off track a life can go and a powerful reminder that we can all find our way back. Gregory is heavily involved in advocating for the vulnerable and disadvantaged and continues to be the patron of a number of charity organisations while also consulting with several specialist services and agencies. Currently, Dr. Smith is engaged as a consultant and program evaluator in the Premiers Priority Project to reduce rough sleeping in NSW, Australia by 50% in 2025 and zero by 2030.

Elle Davidson is a leading Australian town planner specialising in the concept of cultural safety in public spaces. A Balanggarra woman from the East Kimberley and descendant of Captain William Bligh, Elle Davidson describes herself as being caught in the cross-winds of Australia’s history. With a passion to empower the voices of First Nations People, Elle combines her Town Planning and Indigenous Engagement qualifications to shape our places and spaces ensuring they are informed about cultural considerations. Through her approach, she creates a strong platform for Aboriginal voices in the planning process and builds allies to advocate for community. She is the Director of Zion Engagement and Planning, an Aboriginal training and consulting business, and an Aboriginal Planning Lecturer at the University of Sydney.

Emilia Decker recently finished her Ph.D. in ecoacoustics, where she listened to the underwater sounds of freshwater creeks in South-East Queensland, Australia. She wants to inspire people to engage with the wonders of the hidden world below the surface of the water and at the same time create a cutting-edge tool to monitor the condition of freshwater systems. In her free time Emilia can be found in and on the water, freediving through shipwrecks, swimming through lakes, or just listening to any water body she can find.

Emily Lubitz is best known as the captivating lead singer and songwriter for critically acclaimed indie-folk band Tinpan Orange. Her voice has been described, in no particular order, as “brushed velvet” (The Age), “gossamer” (JJJ), and as the “ethereal voice behind Metro’s Dumb Ways To Die video hit” (Sydney Morning Herald), which has been viewed over 200 million times. Dealing in the grand old themes of love and loss, Lubitz brings us into a darkly romantic vision of the world. Standing 6 ft tall with a blue guitar, Lubitz’s performances showcase her ability to hold a room in the palm of her hand.

From under the polar ice or up to 6’000 meters altitude, adventure & documentary photographer Franck Gazzola brings back images from the roads less travelled and angles less often seen. Only years later, after travelling the world during a successful corporate career, he picked up a camera again. Quickly, his passion became his full-time career, but more importantly he found a great sense of purpose in documenting inspiring stories. He is currently in charge of the imagery & the documentary/editorial photography for the ''Under The Pole III'' expedition, a groundbreaking underwater exploration expedition that traversed the globe from the frozen waters of the Arctic to the deep blue waters of the Pacific from 2017 to 2021. Franck is also a public speaker who shares his experience, passion, and on-field stories not only about his Photography but also about the radical changes he went through swapping his suit & tie for a camera backpack, hiking shoes, and diving tanks.

Hiromi Tango is an Australian-based artist whose practice intersects with arts, health, nature, and neuroscientific research. Hiromi has dedicated her practice to exploring the mental health benefits of arts engagement, with her studio practice and community engagement projects exploring how various aspects of the art-making process can contribute to positive mental wellbeing. Her works have been exhibited at major national art museums and regional galleries across Australia. Hiromi has also featured at international exhibitions in the United States, Belgium, Dubai, and throughout the Asia Pacific including Singapore, South Korea, Japan, Indonesia, and New Zealand. Hiromi has received multiple awards and has been featured as a finalist in award exhibitions across Australia, including the Deakin University Contemporary Small Sculpture Award. Hiromi’s work is held in major Australian public collections as well as private collections across Australia and overseas.

Konstantina is a contemporary Aboriginal artist re-imagining the traditions of her peoples’ dot painters and providing a modern narrative for all Australians to better understand First Nations People as part of the fabric of Australia. Her work is in many private & public collections from Sydney and Byron Bay to London,New York, Milan and Paris. A proud Gadigal woman, she began painting again six years ago on Bundjalung country following 15 years in Media & Advertising as Marketing and Business Strategy. She holds an MBA and Commerce degree and an almost complete Bachelor of Interior Architecture from her earlier life. Kate is Vice President at the Aboriginal Art Association of Australia, and sits on the board of the revolutionary Aboriginal Arts Initiative Yellamundie, and on the Bondi Pavilion Indigenous Public Art Reference Group. She is moving her art into public works and children’s book publishing & illustration.

Melia is a singer/songwriter, actor and performer who has been teaching and vocal coaching for ten years. She works with children and young adults and currently runs a singing workshop for women who have felt disconnected from their voice. She recently created an intergenerational ‘choir’ with 4 year olds and 94 year olds through Feros Aged Care and Byron Bay Preschool and runs regular vocal workshops for everyone who has a desire to get to know their voice. She is a passionate Natural Voice Teacher and Choir Mistress of Shire Choir, a pop up inclusive interactive choir presented around the Northern Rivers of NSW, Australia.

Zenith Virago is a Deathwalker who has dedicated her life to educating people on dying, death, after-death care, and ceremony. In her work, she walks with the dying, and the bereaved through their journey, guiding, advising, and helping to make that individual journey the best it can be. She is a regular speaker on dying, death, and ceremonies that heal and assist a healthier bereavement. She is the Executive Officer and founding member of the Natural Death Care Centre in Australia, co-author of The Intimacy of Death and Dying, and the subject of the international independent documentary, Zen & the Art of Dying. Zenith is a feminist, Dyke, swimmer, and vigorously loves life. 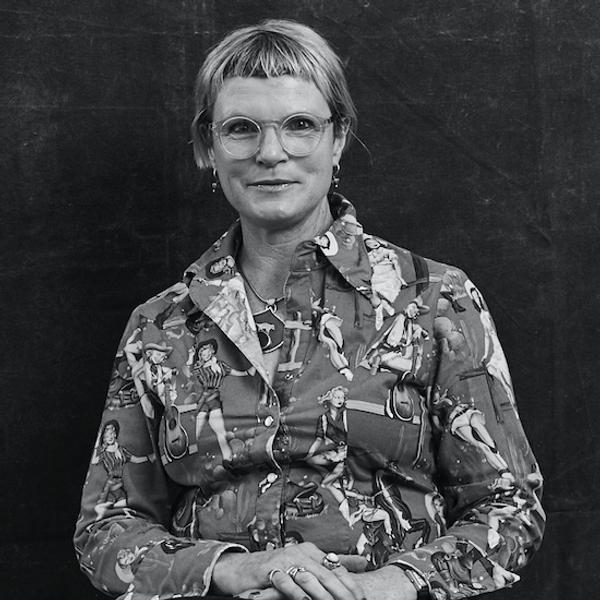