Ms. Manjari, the leading exponent of classical dance in India, is an unusual dancer, she has blazed her` own path, that no one traversed earlier, in the field of performing arts. She has taken the traditional form of Kathak to a different level altogether and has created her own style, her own brand of dance. Her productions as a dancer are projects that are meticulously researched, documented, as she first studies the original traditions and then finds her own artistic expression of the subject and that expression is always unique, as never seen before, as she pours her heart and soul into the dance. Manjari has extensively worked on gender-sensitive subjects through her medium of dance, exploring the many traditions woven into poetry, music, and dance. A force and a name to reckon with, she has blazed her own path in classical Indian Dance with her work in the last twenty years on spirituality and dance.

COO for Aurigraph & Lead Investor at CIO Angel Network (CAN).

Mr. Pankaj is a business transformation strategist with over 22 years of progressive leadership experience in the IT, security and telecom industries in India and abroad. He is an active Angel Investor & has a portfolio of 15+ companies under his kitty. He currently sits on multiple boards of various companies and speaks frequently at Technology & IT seminars and workshops. He has been on the panel of various IT Initiatives as well like - Member National committee for e-commerce- CII, CIO- 5 am Ventures, Member of CIO Klub Pune, DSCI Pune Chapter member, TiE Pune Member/Speaker to name a few. He has worked with companies like SLK Group, Ericsson, SingTel, Tata Communications, and Vodafone, etc. and specializes in - Digital Operations & delivery (Blockchain, AI/ML, IoT & RPA), Strategic Alignment of Technology with Business, Business Development & Go to Market for Product/Services, Cost Optimization, IT Strategy, IT Security & Audits.

Mr. Ritesh is a well known Cybercrime Investigator and Cybersecurity Consultant with an experience of 20 years in cyberspace and has been successful in solving many cases for corporates, law enforcement agencies and individuals in India and abroad. His recent case on busting a WhatsApp group that was circulating child sexually abusive material was well appreciated not just by the Indian police but also by Interpol. He frequently appears on national television channels such as NDTV, Mirror NOW, CNBC, Zee, Aaj Tak, and many others which seek his opinions on the trending cybercrimes. He has also been interviewed by international media houses such as BBC and Canadian Broadcasting Corporation. His views on trending cybercrimes and cybersecurity have been published by many national publications including Times of India, Indian Express, Hindustan Times, DNA, Mumbai Mirror, Mid-day, India Today, The Week, Open Magazine and many other regional newspapers.

Mr. Krishnan has conceptualized and developed India's Innovative National corporate social movement to empower 1,00,000 PWD's (Persons with Disabilities) with wage/self-employment opportunities in collaboration with NSDC ( National skills development corporation). Over the last 8 years, "Dialogue in the Dark" India welcomed nearly 5,00,000 visitors and sensitized them about the abilities of the disabled leading to skilling of 5000 disabled & job creation for over 4000 disabled people in India. Dialogue in the dark has helped generate Rs 250 million (nearly US$5 million) of income in the hands of these PwD's.

Ms. Seema a true entrepreneur at heart has always thought of technology as a tool to bring accessibility in healthcare thereby creating an ecosystem that encourages well-being. She strongly feels that technology is currently underutilized the healthcare system, be it delivery, accessibility of doctors to patients from where they are, EHR, etc. If simple matters like appointment adherence can be improved through technology, its a move towards better health. While working for the National Literacy Mission Government of India, Ministry of HRD, she was nominated as an Expert Educationist. She was involved in strategizing and innovating educational reforms with regard to senior and higher education courses under the expert guidance of the HRD ministry. The core intention of her involvement was to bring about a paradigm shift in the arenas of traditional education in a modern changing world.

Ms. Sumaira is an environmentalist from Mumbai, India, founder of the NGO Awaaz Foundation and Convenor of the Movement against Intimidation, Threat and Revenge against Activists (MITRA). She was Co-Chairman of the Conservation Sub Committee and Honorary Secretary of Asia's oldest and largest environmental NGO, the Bombay Natural History Society, and is currently a Governing Council Member. Through legal interventions, advocacy and public campaigns, contribution to documentary films, television debates and press articles she has successfully mainstreamed and built consciousness about previously unknown environmental hazards, notably noise pollution and sand mining, and has won national and international awards for her work. She also set up the first network for the protection of activists in India after an attack on her by the sand mafia is 2004. She has been referred to as "one of India's foremost environmental activists."

Mr. Khandbahale is a Sloan Fellow and earned a masters in business management MBA degree at MIT Sloan School of Management, Massachusetts Institute of Technology. He has developed a dictionary search engine program for Marathi and in 2005, set up an online dictionary portal, khandbahale.com, for various Indian languages. In 2012, he launched 12 Language Dictionary on 12 December 2012 at 12 hours, 12 minutes and 12 seconds. In early 2013, Mr. Khandbahale launched his twelve-languages dictionary on an SMS platform. He is a recipient of several awards like - Best entrepreneur of the year "Yashokirti Award", from the Computer Society of India., Best Local Language Website Award from the Internet and Mobile Association of India, International "Manthan Award" from the United Nation’s World Summit on the Information Society, "Youth Icon" Award from the Times Group, National ICT VASVIK Industrial Research Award.

Mr. Vithal is the former Science Editor of The Times of India and a Vice-President of The Asiatic Society of Mumbai. He is a writer and columnist, with over three decades of experience working with some of the world's biggest newspapers and science magazines. With a passion for learning, Mr. Vithal is well-read on a diverse range of topics from theology to modern science which has enabled him to be equally at home on both sides of the science and art interface. He is a self-confessed wanderer and seeker of mysteries, who has a coffee-table cultural biography of River Narmada, and a book-length encounter with The Serpent Within to his credit. 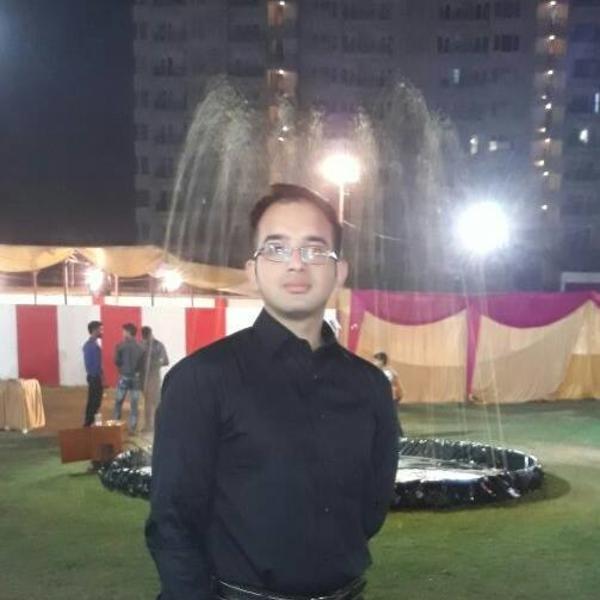