Queen's University Belfast is one of the leading universities in the UK and Ireland with a distinguished heritage and history.

This digital event will showcase just some of the talent at the University, and will include presentations from across our exceptionally talented staff.

We are in a challenging period at the minute, as a University we are researching how to overcome the current turbulence in regard to medical research, social change, educational transitions and challenges facing business.

Our talks will explore the challenges faced in all areas during this turbulent time, and hope to show how we can adapt and change and move forward.

A lecturer in architecture, Agustina has an interest in urban history and theory, specifically in the significance of local mixed streets, their fabric, histories and experiences. She studied architecture at Universidad de Buenos Aires, where she worked in research and practice. Continuing her research and design experience in the Netherlands, she completed a PhD in TU Delft studying the history of urban leisure waterfronts. Agustina then worked as a post-doctoral researcher in TUDelft and UCD Dublin. She currently leads the StreetSpace project; an international and interdisciplinary project that studies local mixed streets, shedding light on the way streets are used, experienced and represented. StreetSpace is a collaborative studio unit in the Masters of Architecture, funded by the Department for Communities and supported by Belfast City Council.

Dr Ali FitzGibbon is a Lecturer in Creative & Cultural Industries Management and Subject Lead for Arts Management & Cultural at Policy Queen’s University Belfast. She has worked as a producer, programmer, researcher, fundraiser and arts/non-profit consultant on an international level for over 25 years. Her specialist knowledge and research is in performing arts and cultural industries management, particularly focusing on the role of the artist in business, public policy and decision-making.

Dr Bernadette McGuinness, a Senior Lecturer in the School of Medicine, Dentistry and Biomedical Sciences and a Consultant Geriatrician in the Belfast Health and Social Care Trust, is a leading researcher in cognitive impairment and dementia, and she recently took a leading role in a ground-breaking Alzheimer’s trial in patients in Northern Ireland. She is Clinical Lead in the Healthy Cognitive Aging Project in the NICOLA study, a longitudinal study of aging in Northern Ireland.

Professor of Composite Materials and Aerostructures

Professor Brian G. Falzon joined Queen’s University Belfast in 2013 to take up the Royal Academy of Engineering – Bombardier Chair in Aerospace Composites and is currently the Head of School of Mechanical and Aerospace Engineering and Director of the Advanced Composites Research Group. Between 2008 and 2012 Prof Falzon was the Foundation Chair in Aerospace Engineering at Monash University in Melbourne, Australia, where he was also Director of Research and Head of the Aerospace Engineering programmes. Between 1996 and 2008, Prof Falzon was at Imperial College London where he joined as a postdoctoral research fellow before becoming an academic staff member. He is a Chartered Engineer and Fellow of the Royal Aeronautical Society.

Professor Carmel Hughes is a pharmacist and Head of School at the School of Pharmacy at Queen's University Belfast. Professor Hughes’s main research focuses on the use of medicines in older people, particularly those living in care homes. She was formerly Joint Clinical Lead for the Northern Ireland Clinical Research Network (Primary Care), was the first pharmacist to have been awarded a Harkness Fellowship in Health Care Policy, and was the only pharmacist to have received a National Primary Care Career Scientist Award from the Research and Development Division of the UK’s Department of Health.

Cherie Armour is a Professor of Psychological Trauma and Mental Health in the School of Psychology at Queens University Belfast. Professor Armour is the Director of the Stress Trauma and Related Conditions Research Lab and has published extensively in the field of Psycho-traumatology and Mental Health. Cherie has a particular interest in occupational groups that are at increased risk of experiencing trauma and traumatic stress outcomes due to their occupational roles, for example, military, police, and emergency service workers. Cherie has also published on the psychological impact of childhood abuse and domestic violence. Cherie has led a programme of research on the nosology, comorbidity, and longitudinal course of disorders such as PTSD, dissociation, anxiety, and depression. Recently Professor Armour has focused on research that investigates the mechanisms that explain risk and resilience as they relate to a wide variety of mental health outcomes.

Dr Dan Corbett graduated from Queen's University in 2010, with a First Class Honours degree in Pharmacy, subsequently completing his pre-registration training within primary healthcare. After registering as a Pharmacist in 2011, Dr Corbett returned to Queen’s to undertake a PhD in Biomaterials Science, and following this, has held posts within the School of Pharmacy, China Medical University-Queen's University Belfast Joint College (CQC), and is now a Lecturer (Education) in the School of Chemistry and Chemical Engineering. Dr Corbett's research interests lie both in education, specifically, in relation to the education and support of international students, and the development of polymer-based medical products which exhibit properties including infection resistance.

Professor David Archard is an internationally leading applied moral philosopher who has written extensively and influentially on important issues such as the rights of the child, the nature of the family, sexual consent, privacy, and on key moral ideas of paternalism, autonomy, partiality, expertise and compromise. He served for 12 years as a Member and latterly Deputy Chair of the Human Fertilisation and Embryology Authority, is Honorary Vice-President of the Society for Applied Philosophy, and is Chair of the Nuffield Council on Bioethics. He has been a Visiting Fellow in Australia, the U.S.A., Norway, Switzerland, Hong Kong, and China.

Dr. Deepti Adlakha is a Lecturer in the School of Natural and Built Environment. She is a recipient of the Fulbright Fellowship and received her doctorate from the Brown School, Prevention Research Center, Washington University in St. Louis, USA. Dr. Adlakha has a background in architecture, urban design, and public health. Her research, teaching, and community engagement focus on environmental and policy influences to increase physical activity and reduce chronic diseases worldwide. Dr. Adlakha is Associate Editor for the Global South for an interdisciplinary journal on Cities and Health and serves on the boards of scientific organizations such as the International Society for Physical Activity and Health and the European Network for the Promotion of Health-Enhancing Physical Activity.

Dr. Carney’s work is dedicated to exploring the impact of population ageing on society and political economy. In recent years Gemma has been collaborating with colleagues from across the Faculty on projects such as Dementia in the Minds of Characters and Readers and the Lively Project. She is a member of the editorial board of Ageing & Society, the executive committee of the British Society of Gerontology and has been a member of the ARK Ageing Programme at Queen's since 2014. Her book, Critical Questions for Ageing Societies written with Paul Nash, University of Southern California, will be published by Policy Press in September 2020.

Professor of Property Law and Death Studies, Council Member of the Cremation Society

Professor Heather Conway is professor of Property Law and Death Studies in the School of Law at Queen’s. She is the author of The Law and the Dead, published in 2016, and writes extensively on the legal frameworks around funerals and dealing with the dead. Professor Conway is also a Council Member and trustee of the Cremation Society and sits on the editorial board of Mortality- an interdisciplinary journal dedicated to death, dying, bereavement and memorialisation.

John Barry is Professor of Green Political Economy and Co-Director of the Centre for Sustainability, Equality and Climate Action in the School of History, Anthropology, Philosophy and Politics at Queens University Belfast. His areas of research include post-growth and heterodox political economy; the politics, policy and political economy of climate breakdown and low carbon energy transitions; the greening of citizenship and civic republicanism. He is co-chair of the Belfast Climate Commission.

Professor Mark Lawler is a Professor in the Centre for Cancer Research and Cell Biology (CCRCB), Chair in Translational Cancer Genomics, Dean of Education in the Faculty of Medicine, Health and Life Sciences. Professor Lawler is passionate about translating high quality science for the benefit of patients and has over 20 years’ experience in cancer research. He has over 20 years’ experience in cancer research with a significant record of research achievement, having published over 130 peer-reviewed publications and received numerous national and international awards.

Professor Elborn is a well-established international leader in healthcare having driven major changes in healthcare delivery in the field of cystic fibrosis and bronchiectasis. Prior to taking up his current post at Queen’s University, Professor Elborn was a Clinical Professor of Respiratory Medicine/Consultant Physician and Director of Adult Cystic Fibrosis and Chronic Lung Infection at the National Heart and Lung Institute, Imperial College and Royal Brompton Hospital London. He has spent decades researching Cystic Fibrosis (CF) and his work has led to major breakthroughs in treating the condition. In all his research, Professor Elborn endeavours to bring scientists and clinicians together to promote inter-disciplinary research. He has been successful in developing programmes of research across disciplines, hospitals and universities in Northern Ireland as well as across the UK and Europe. In 2013 he received a CBE for services to healthcare in Northern Ireland.

The COVID-19 crisis has resulted in dramatic and sudden changes in the way we deliver education, and provoked much discussion on the shape of the post-crisis 'new normal'. Tony Gallagher will suggest that talk of restarting education is misplaced and we need now to focus on resetting education altogether. Short Bio: Professor Gallagher is a leading expert on the role of education in divided societies and has contributed extensively to education policy locally and internationally. Over the past two decades he has worked on the development of Shared Education through collaborative networks of schools in divided societies working together to promote improvement, equality and cohesion. His current projects focus on Northern Ireland, East Asia and South East Europe, and in the cities of Jerusalem, Beirut and Los Angeles. 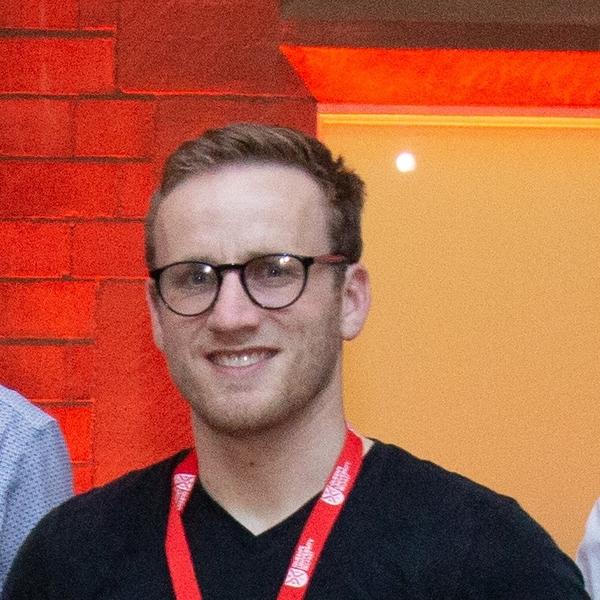 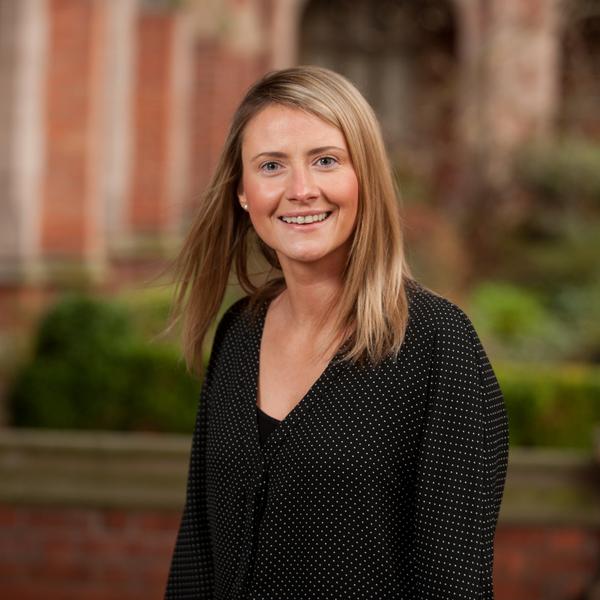