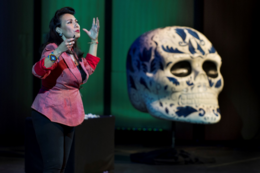 The beloved simulcast of the TEDWomen is returning to SMU on December 5, 2019. Join us at SMU’s Collins Center for a day of learning and community. Tickets to TEDxSMUWomen are $75 and include all of the live speakers sessions, workshops, lunch, and networking.

Aisha S. Owusu is a Health and Climate Consultant for the World Meteorological Organization and World Health Organization, where she works with meteorological agencies to help improve the quality, availability, accessibility, and use of climate data (i.e. climate services) and uses these climate services, products and tools to help countries interpret and integrate climate data into sound health policy. Additionally, she creates country-specific climate and health training for various public health agencies and ministries of health. She is an Adjunct Professor for the Master’s Program in Climate & Society at Columbia University and a Career Development Advisor for the NYC-based non-profit SEO (Sponsors for Educational Opportunity), where she helps high-performing and achieving students of color prepare for the rigor, cultural nuances, fit, competitiveness and rewards (and disappointments) of internships and full-time employment within Corporate America.

Angela Faz is a socially engaged artist focusing on creating community through printmaking and a Dallas native. Their studio practice of focus involves relief printmaking, monotypes, and silkscreen. As a printmaker for over twenty years, in 2019, Faz founded Radical Love Art Collective to prioritize activists, migrant, women, queer, trans artists, and artists of color with a skill-share art model of creative response tools needed to do what they do best. Faz believes that empowering activists and artists committed to culture work in the Dallas community will lead to long-term cultural change. Faz holds a B.A in Visual Communications from Collins College in Tempe, Arizona and uses their years in the trenches of corporate marketing to advance community groups engaged in liberation work in Dallas. Faz has been organizing in Dallas since 2005 and recently in community with Mother’s Against Police Brutality. Follow Angela: @thefaztastic

Betsy del Monte, FAIA, LEED BD+C, is a consultant with the Cameron MacAllister Group, working with firms and project teams to enable sustainability and resilient design. She is an architect with 30 years of experience in high-performance architecture and environmentally responsive design, and has focused her recent practice on all areas of climate action. Betsy is an adjunct professor at SMU’s Lyle School of Engineering where she helped create and teaches a Masters in Sustainability and Development, exploring many aspects of sustainability and resilience. She was formerly a Principal Architect and Director of Sustainability for The Beck Group. Follow Betsy: @brdelmonte

Brigham Mosley Brigham Mosley is a writer/performer/sometime drag queen. He is currently co-devising the play “Playwrights in the Newsroom” with Janielle Kastner, based on two years spent shadowing the Dallas Morning News (premiering March 2020 in the AT&T Performing Arts Center’s “Elevator Project”). Brigham was a 2013 Performing Beyond Limits resident at NYC's The New Museum, as well as a member of the 2015 Dallas Theater Center Playwrights Workshop. He is a founding member of Dallas’s The Tribe (winner of the 2016 Dallas Observer Mastermind Award) and was named a 2016 Queer Local of the Year by The Dallas Voice. His work has been produced by PS122, La MaMa, Dixon Place, The New Museum, and many others. He won the 2010 Kennedy Center regional award for Best One-Act and was a semi-finalist for the Eugene O'Neill Theater Center's National Playwrights Conference in 2016 and 2017. Follow Brigham: @brighammosley

Caren Bright is an anti-poverty activist and bridge builder. She lives a missionary life in Dallas, Texas and is the mother of three children. She is the author of 50 Dates with the Lord and Bright Futures empowerment curriculum; a speaker; and the founder of the ministry Pamper Lake Highlands. Caren also coaches, consults, trains, and mediates through her company Bright Futures. Follow Caren: @carenlives

Janielle Kastner is a writer and performance deviser based out of Dallas, Texas. Currently she is co-devising the play “Playwrights in the Newsroom” with Brigham Mosley, based on two years spent shadowing the Dallas Morning News (premiering March 2020 in the AT&T Performing Arts Center’s “Elevator Project”). She recently premiered an avante-garde podcast titled UNTITLED DAD PROJECT (Spoke Media), her new play SWEETPEA will premiere in Second Thought Theatre’s 2020 season, and she is writing a new play commissioned by Dallas Theater Center, where she was an inaugural member of the Dallas Playwrights' Workshop with Will Power. She was named “Best New Playwright 2016” (Dallas Observer). Additionally, she formerly co-ran Dallas cult classic Shakespeare in the Bar, and currently co-runs Movies That Should be Musicals. She holds bachelor’s degrees in Theatre and English from Southern Methodist University.

Jin-Ya Huang is a social impact, community development, and creative innovator. She is the founder of Break Bread, Break Borders (BBBB), a catering with a cause social enterprise empowering refugee women economically through the storytelling of cooking, food and culture. She is an acclaimed interdisciplinary artist who has shown in galleries in Dallas, Miami and New York. Her work examines her Asian identity and diasporic immigrant experience. She has produced innovative and interactive projects with museums. Jin-Ya is also an accomplished, published writer and public speaker. With an eye towards new approaches to entrepreneurship and improving race relations. Jin-Ya is highly regarded for her ability to bring people of all backgrounds together. Her reputation as a community builder won her appointments at SMU Hunt Institute and City of Dallas Welcoming Communities of Immigrant Affairs. She is a proud member of the Orchid Giving Circle, a fund of The Texas Women’s Foundation.

Kamica King, MA, MT-BC is a singer-songwriter, board-certified music therapist, and Founder/CEO of King Creative Arts Expressions (KCAE), a company specializing in interactive, arts-based programs that promote health and social-emotional wellness. Kamica’s work with KCAE has enabled her to reach many communities through the strategic use of music-infused experiences designed to improve quality of life from students and staff, to people experiencing homelessness, children with special needs, and persons with mental health needs, for example, with organizations such as The Bridge Homeless Recovery Center, Notre Dame School, Texas Woman’s University, and the UT Southwestern Simmons Cancer Center. Follow Kamica: @KamicaKing

Marcia L. Allert is the Director of Visual Journalism for The Dallas Morning News. She joined the organization in October 2016 and oversees a team of award-winning visual journalists and editors. The team works closely with the editorial department to produce compelling visual journalism that diversifies and deepens the storytelling of The Dallas Morning News. Her team has won multiple awards, including ASNE, Best of the West, National Headliners, and Texas APME awards for their news coverage. Additionally, she was on the judging panel for CPOY and POYi and participated in portfolio reviews at Kenyon College, New York University, The New York Times, and the NPPA Women in Visual Journalism Conference. Since graduating from New York University’s Tisch School of the Arts, she has worked in renowned newsrooms, including the Associated Press, ABC News, The New York Times, and The Daily Beast.

Tynesia Boyea-Robinson founded CapEQ (formerly known as Reliance Methods) in 2011. CapEQ is an impact investment and advisory firm that advises for profit, public sector, and philanthropic organizations on how to design FOR impact, build WITH impact, and grow THROUGH impact. Tynesia exemplifies cross-sector leadership. In her book, Just Change: How To Collaborate For Lasting Impact, Tynesia shares her experience investing in cities and leaders across the country. In her previous role as Chief Impact Officer of Living Cities, she was responsible for ensuring $100M of philanthropic and impact investment produced outcomes that improved the lives of low-income people across the country. Tynesia is harnessing her multi-sector experience to help individuals and institutions change how the world does business.

Veronica Ray Whitehead, M.Ed., CHES, is a reproductive justice advocate and a sexual health educator. Currently she serves as the Director of Programs at the North Texas Alliance to Reduce Unintended Pregnancy in Teens (Ntarupt). In this role she oversees sexual health education programs for parents, adolescents and youth-serving with the goal of changing the stigma around talking about sex. Veronica is a Certified Health Education Specialist with an emphasis in promotion, education and advocacy related reproductive health education and healthcare access. She believes inclusive, trauma informed comprehensive sexual health education and healthcare access is basic human right of all people. She is a current Movement Mujeres fellow and a United States of Women Ambassador representing North Texas. Veronica did her undergraduate work at Texas A&M University, graduate studies at Texas State University and is a group fitness instructor at Dallas Grit Fitness.

Yulise Reaves Waters, Esquire, is the Director of Dallas Programs for the Lone Star Justice Alliance where she oversees the programmatic, data, and community engagement aspects of the Second Chance Community Improvement Program (SCCIP). Waters co-founded SCCIP as an Assistant City Attorney for the City of Dallas and was responsible for securing one of ten 2016 Community Courts Grant Program grants awarded by the Department of Justice Bureau of Justice Assistance and the Center for Court Innovation, establishing SCCIP as the first-ever felony community court in Dallas County history and the first-ever alternative to incarceration for young adults in the State of Texas. SCCIP was also awarded the 2018 National Association of Drug Court Professionals’ Equity and Inclusion Award for “excellence and leadership in demonstrating and promoting cultural proficiency in treatment court services.” Prior to her role with the City of Dallas, Waters was partner in Cox Waters, P.L.L.C. 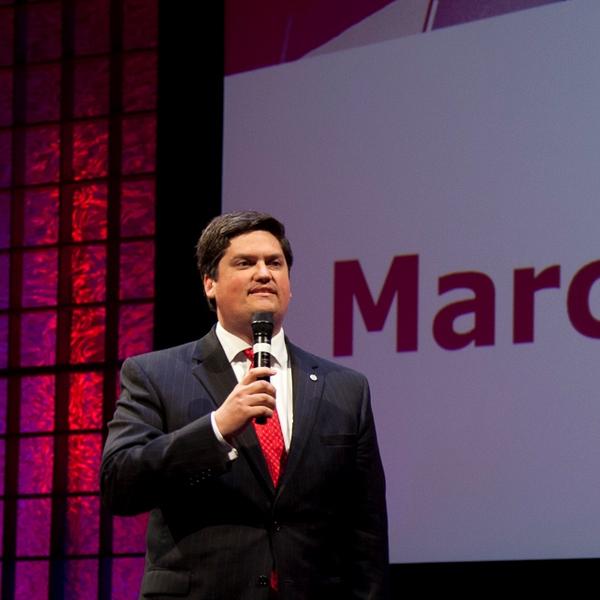 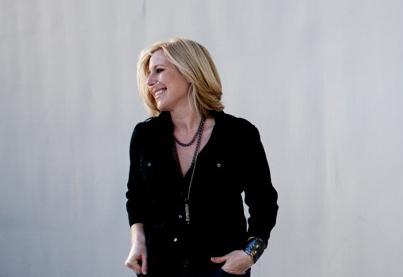