Join us for a day exploring what it means to be "Comfortably Uncomfortable" as we explore unique ways of thinking across a wide variety of subjects. You will meet new people who care about ideas and being challenged to think in new directions. We will also feature artists and musicians who will add a sense of spontaneity and creativity to the day. Register now by going to www.TEDxCDA.com. We hope to see you there!

Arthur oversees impact and operations for Capable, an economic development organization assisting subsistence farmers in Northern Uganda. As an organization, Capable works hand in hand with clients to help them understand their own strength and vision for a brighter future. They drive hard toward the specific goal of seeing clients income reach beyond the $1.90 line of extreme poverty. It has always been Arthur’s passion to achieve greater impact by inserting strong business and management practices into the non-profit space. In his role at Capable, he has the privilege of overseeing the design and implementation of systems that provide feedback on the KPI's that drive the organization forward.

Blair considers herself so very lucky to have grown up in North Idaho – but even more fortunate to have discovered the world of arts administration, and the role that the creatives have in community placemaking. After having become disabled at the age of 13, and being advised it would be best if she just stayed home and collected disability benefits for the rest of her life, because there would be no place for her - Blair embarked upon a lifelong adventure that has woven the arts, creatives, community development, virtual + augmented reality, public relations, and a discovery of the role that she can have in shaping a community. When Blair isn’t working, she’s dreaming of what’s next on the horizon, and how she can solve the next puzzle put in front of her.

Blanco is white. Blanco is a color. Blanco is Spanish. Blanco is American. While Blanco, the man, may not represent all of these things, through his art he hopes to challenge people’s perspectives and create space for dialogue. Blanco is a street artist who lives in Brooklyn, New York and has been putting up pieces across the city and elsewhere for over ten years. Blanco invites his friends to be models and collaborators and together they create pieces that seek to highlight social justice issues and question the status quo. During his 9-5, Blanco works at a museum to promote the work and experiences of native artists. He has also worked as an archaeologist, teacher, and bagel baker. Above everything, he values community and hopes to continuing learning and growing through his relationships.

Jacqueline is an independent scholar, writer, and artist. She has a lifelong love of learning, which has led her to explore and acquire expertise in a range of areas---including cognitive science, computer science and robotics, education, ethics, art, and psychology. She earned her PhD from the MIT Media Lab in 2019. Her research focused on social robots, children's learning and relationships, and robot ethics. She holds a BA from Vassar College and has worked for NASA developing autonomous vehicles and laser space robots. Currently, Jacqueline writes, gardens, designs graphics for her husband's startup, performs voice acting for social robots, plays with her kids, and pursues all manner of other creative projects that let her learn new stuff. You can reach her @jacquelinekory or her website.

Jim Smidt is the founder and Executive Director of Cornerstone Cottage, a residential treatment center specializing in complex trauma of teenage girls. His team has developed a therapeutic program to address and heal the devastating effects of physical abuse, sexual abuse, abandonment and neglect. Jim and his wife have been married for thirty-six years. They have five grown children and twelve grandchildren. Throughout the years Jim has actively participated in coaching youth sports, scouting, managing youth groups and mentoring programs. He has spoken at numerous seminars for children and young adults. He and his family even appeared on the TV show ‘World’s Strictest Parents’.

Joshua Dahlstrom has been coaching for over 13 years. As a success coach, Joshua helps hundreds of business men and women find their purpose and attain success. He is a serial entrepreneur and has developed several successful companies using the same principles he teaches to others through his coaching methods. A native of Idaho, Joshua grew up spending time in the outdoors in the Arco desert. He developed a passion for the outdoors and he gained a strong understanding that many of life's lessons are best learned through exploration and hands on activity. As an adult, he loves to teach others to enjoy each day of their life. Joshua shares his passion for the outdoors and exploratory learning with his wife and children. He gives back to his community as an active scout leader and by serving on the Board of Directors for the Hayden Canyon Charter School.

Juli Stratton: gender bending, soul seeking lesbian who found her true self in North Idaho. This journey to authenticity has included playing collegiate basketball, getting sober, earning a BA and MA, marrying her “person”, and being a caregiver – all while living on the margins of gender and sexuality most of her life. Juli has found a home in the North Idaho LGBTQ+ community by co-creating the North Idaho Pride Alliance (NIPA). NIPA is an organization of lesbian, gay, bisexual, transgender, queer/questioning (LGBTQ+) people, allies and community groups working together to create a more culturally inclusive place to live and thrive. As a seeker, Juli spends her time searching for a deeper meaning of self and how to live a balanced life of service to others and living in her own wholeness and wellness. When Juli isn’t speaking, training or advocating she spends her time with her wonderful wife and three fur babies, traveling and experiencing this beautiful region they call home.

Dr. Melanie Bowden is a graduate of WSU College of Veterinary Medicine and a practicing veterinarian with active licenses in Idaho, Washington, Oregon, Maine and New Hampshire. Having worked in corporate, family-owned and emergency clinic settings, Dr. Bowden has witnessed first-hand the burn-out, compassion fatigue, and emotional exhaustion that is plaguing the veterinary industry. In 2020, Dr. Bowden will launch her business Vacation Vet LLC to provide relief veterinary services to veterinary clinics throughout the PNW and New England. Dr. Bowden will be filling in when veterinarians need time off for vacations, conferences, sick leave or just because a clinic is under-staffed. She hopes through her relief work she can help lighten the load on other veterinarians, help them achieve better work/life balance, and raise awareness about burnout and suicide in the veterinary field. You can contact her at @vacationvet (Instagram) or Vacation Vet (Facebook).

Mountains in the Sea is husband-and-wife indie blues pop duo Phil and Angela Lamb, based out of Spokane Valley, WA. The pair met in 2011 and bonded cross-country over shared musical interests. After marrying the following year, they relocated to the Pacific Northwest and performed in several bands of different genres. In 2018 the duo formed Mountains in the Sea to be a home for the hooky-pop-meets-blues-guitar sound they were writing together. In January of 2019 the pair took the leap to pursue music full time, and performs around the area in addition to producing music in their home studio. They have released six singles with an LP on the way in early 2020. They also have been signed to work on upcoming feature film and television projects for Coeur d'Alene, Idaho based SayRoar Studios with production underway on multiple original tracks for SayRoar’s feature film, “The Goldfish Project.”

Rebecca grew up in small-town Kooskia, ID and earned degrees in Chemistry and Spanish at the University of Idaho in Moscow. Rebecca's life was turned upside down in 2007, when her newborn son was diagnosed with a life-shortening, rare, genetic disease called cystic fibrosis. Her background in chemistry facilitated a fascinating deep dive into the world of pharmaceutical research and drug development, which recently yielded a massive breakthrough in treatment of CF. Rebecca continues to be a passionate advocate for those living with pre-existing conditions in her volunteer work with the Cystic Fibrosis Foundation. When Rebecca isn’t in Coeur d' Alene with her husband Brock and son Brady, she can be found organizing citizen volunteers in every corner of the state as Executive Director of the non-partisan political organization Reclaim Idaho.

Saprina Schueller has been a middle school language arts / social studies teacher for 19 years and has grown up and lived in North Idaho for her entire life. On March 21, 2018, the community of Coeur d’Alene was shocked and saddened by the news that beloved high school principal and Saprina's husband, Troy Schueller, had committed suicide. Following the loss of her best friend and husband, Saprina struggled to put together the pieces of the puzzle that led to Troy’s death and to rebuild her life for herself, her children, and grandchildren. After eighteen months and at the encouragement of her therapist, she wrote a blog post called “Troy’s Story” in an effort to "accept" her loss. Saprina now uses her experience to bring about much needed social change in the areas of suicide awareness, concussions, CTE, opioid addictions, privacy laws, and mental health. To learn more, visit Troysstory.com, and join the movement to remove the stigma about talking about mental health and suicide.

Seth Lowman is a pianist and composer based out of Coeur d’Alene, Idaho. At the age of 8 months, he was diagnosed with a life-threatening form of cancer, and while he survived, he lost most of his vision during treatment. As a result, He began to rely on his sense of hearing, and began taking piano lessons at the age of four. He continued taking lessons until his junior year of college, and during this time, he learned how to use various forms of music technology, and compose his own music. During the Summer of 2019, he interned at SayRoar Studios, composing several pieces for their upcoming films series about a trio of unlikely friends including an adventurous boy, sassy cat, and a genius goldfish. Seth has signed on to work full time at SayRoar Studios in Coeur d’Alene, and begin living out his dream of composing music everyday. 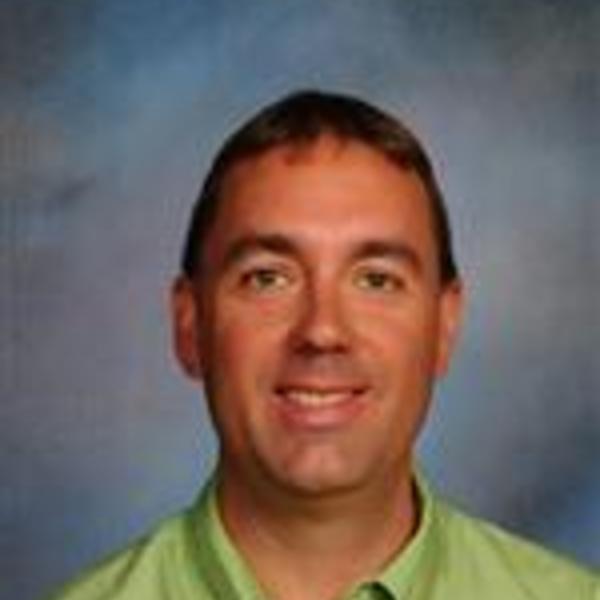 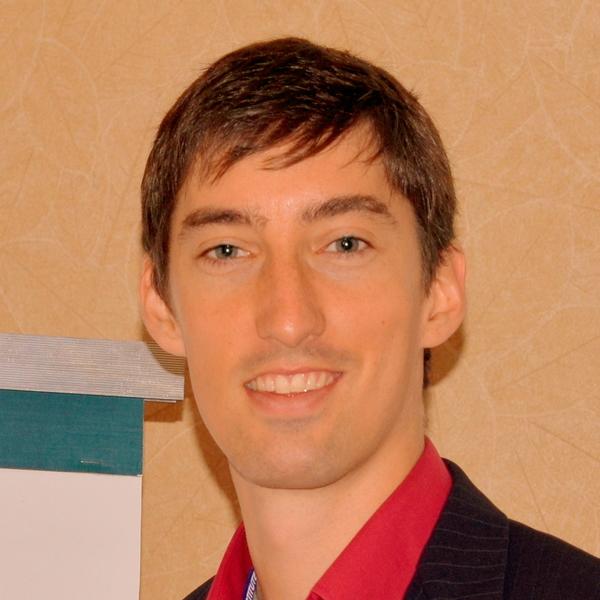