TEDxREVAUniversity is an independently organised TEDx event with the mission to bring together a dynamic group of thinkers and doers in a provocative setting that builds new connections that leads to progress and collaboration and take participants to a next level of thought and action. It is a movement of people who are engaged in discussing world changing ideas and are putting those ideas into action to improve our community. As the conference embark on it second year of existence, we are excited about the opportunities that are before us as we continue to grow and evolve. The TEDxREVAUniversity is designed to help communities, organizations, and individuals to encourage conversation and connection through a local TED-like experience by bringing exceptional people from diverse fields, in a one full day conference, creating an incubator of ideas worth spreading and making an impact on the world. The goal is to spark conversation and connection without any political, religious or commercial agenda.

Amit is passionate about bringing actionable #FinTech focused insights, a global FinTech platform and index plus other innovations to the ecosystem. Refinitiv (Thomson Reuters and Blackstone group co.) recognized Amit as one of the global #RefinitivSocial100 top finance influencers and he is also recognized as the Asia top 100 FinTech people by Visa, E&Y and Next Money. Amit has built MEDICI (formerly LTP) which is considered the global #1 platform for everything FinTech. It has profiles of 12k FinTech start-ups from all over the world segmented into 40 categories and focused research. Amit has a strong background in strategy and market analysis and has advised clients (ranging from start-ups to Fortune 500) in payments, commerce, and technology.

Amit Goyal is the India & S.E. Asia Head for edX - world's largest E-learning platform founded by MIT & Harvard University. Amit is credited for making India the second-largest B2C learner base world's largest learner base for edX. Prior to edX, Amit was the Head of the Education Solutions business for Samsung Electronics. He was responsible for product development of various education mobility products being used by leading Ed-Tech & Test Prep companies of the world today such as ByJu’s Tab learning. Amit was also known as the man behind launching the world's cheapest PC Tablet Aakash - One Laptop Per Child initiative of the Indian Government. Amit holds a bachelor's degree in IT from India, a Master's in Business from Oxford, and various IT & Business certifications from The World Bank, MIT, IIM, Microsoft, etc. Amit chairs the IoT India Congress and advises the Indian Government on education policies.

Dr. Vijaykumar has a bachelor's degree in science, post-graduation in Microelectronics, a Doctoral of Science in Medical Engineering, a Master of Business Administration in Corporate Crisis Management. His impressive profile is full of scientific jargon(s) that a common man cannot comprehend. He holds various patents useful in health care and other fields of life from a very young age. The Chairman of the Organisation De Scalene Foundation, a passionate scientific researcher, innovator, and a fantastic speaker. For nearly two decades he has been working on regenerative tissue engineering, artificial intelligence and neural networks in medical diagnosis and engineering. Out of many notable achievements he is best known for developing CYTOTRON®, an anti-cancer kit that got the designation of "Breakthrough Device" from the USFDA.

Rajendra Singh is a water conservationist from Rajasthan, India. He is a graduate in Ayurvedic Medicine, post-graduate in Hindi Literature, and popularly known as Water Man of India. He had been honored with many awards including Stockholm Water Prize 2015, an award known as the Nobel prize for water. Currently, he is the Chairman of Tarun Bharat Sangh, NGO along with this he is heading a national network of organizations working on water issues. In the past years, he has helped in the successful creation of 11,800 Johads, large crescent-shaped structures made of mud and rocks in more than 500 villages across the country. This water conservation technique has helped him revive 14 rivers and water bodies including Aravari, Tapi and Sarsa in Rajasthan, Mahakali in Maharashtra and Hirehalla in Karnataka.

Executive Director and Co-Founder at Yuwa

Franz grew up in Edina, Minnesota, and has been living in India since 2007. In 2008, he co-founded Yuwa, an organization that uses girls' football to combat child marriage, illiteracy, and human trafficking in the rural regions of Jharkhand. Franz and Yuwa have won awards from Nike Gamechangers, Yahoo, Barclays, Times Now, NDTV, Ashoka Changemakers, and have been featured in countless media including BBC, Bloomberg Businessweek, Times of India, Hindustan Times, Outlook, The Hindu, Indian Express, Mint, CNN-IBN, Tehelka, People Magazine and many more.

Jadav Payeng, better known as The Forest Man of India, Padmashree Awardee 2015, led to the creation of the Molai Forest named after him near Kokilamukh of Jorhat, Assam which encompasses an area of about 1,360 acres. A green warrior who provided a home to over a hundred deers, wild boars, a few Royal Bengal Tigers and many more. His journey started after he witnessed wildlife suffering because of lack of trees and decided to take matters into his own hands, a young boy just around 16 years old, on a sandbar of the river Brahmaputra started working by planting 20 bamboo seedlings, later that same year he got together with forestry division of Golaghat district on a rejuvenation project which lasted 5 years and after completion, he chooses to stay back not just to look after the land, but also continuing to plant more trees in effort to transform the area, this went on for more than 30 years, and the rest is history.

Prathap is a young scientist who has impressed the world with his innovations, the 22-year-old is better known as Drone Prathap. Inspired by eagles in the sky he started building drones when he was just 14 years old since then he hasn't stopped doing what he loves. To date, he had built more than 600 drones using very little money and e-waste by teaching himself about the technologies associated with drone building. He has been invited over by more than 80 countries to showcase his self-made projects. His creation has already saved a life and his continued innovations in this field are believed to help many more. Prathap already has many notable achievements and had also worked on border security telegraph, cryptography in a drone networking system, drone in traffic management and National Socio Defence areas.

After 30 years of retirement, 91-years old Dattatreya feels fit enough to come back to the grounds. He is a retired bank manager and has achieved many records within a short span of 12 months. He took a challenge and participated in "Run for integrity" in 2019, and after this, he got enough confidence to make a marathon as a full-time hobby. He runs for 5-10 KM daily, his successful completion of 10000 marathons have awarded him with 44 medals and 12 trophies for being a role model marathon runner.

Ms. Sudha Narayanan, Founder Trustee of CARE who comes with her immense expertise, knowledge, and skills of over two decades in the field of animal welfare, both domestic and wild. A Former trustee with CUPA – Compassion Unlimited Plus Action for 17 years and WRRC – WILDLIFE RESCUE AND REHABILITATION CENTRE, Ms. Sudha, is known for her hands-on capability of running an animal shelter single-handedly without compromising on ethics, compassion, and commitment.

Vaibhav is a Mechanical Engineer by profession and a carpenter by passion, graduate from Boston University, Spent two years at EyeNetra building eye diagnostics devices, he then co-founded Maker's Asylum, a community space focussed on fostering innovation through hands-on learning it has various labs that are co-located in order to facilitate prototyping of ideas that are interdisciplinary in nature. Maker's Asylum is the first community Makerspace in India. His various initiatives towards supporting the free thinkers and makers of society is astonishing. He is also an instructor at MIT REDX, MIT Media Lab's Health-tech lab in India. 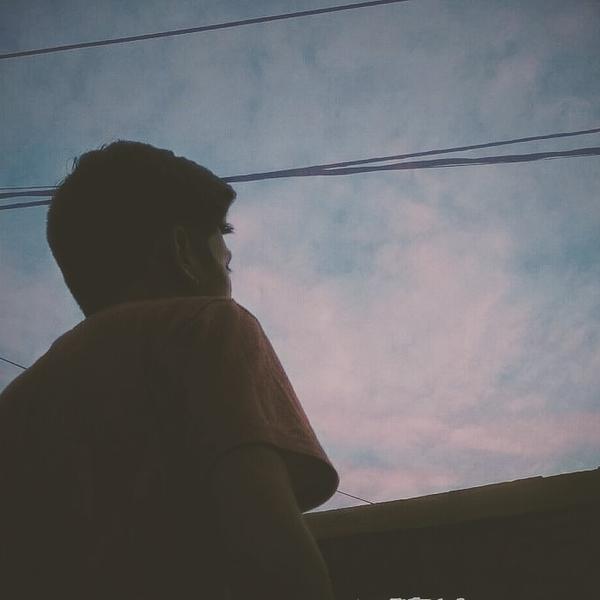