Innsbruck is a place known for its active start-up scene as well as for hosting one of the biggest universities in Austria. Its open-minded atmosphere makes space for creativity and innovation, and the respective new ideas keep being implemented successfully in businesses.

In an increasingly complex world with growing challenges such as climate change, new ideas are badly needed and may well pay off in many ways.

TEDxInnsbruck pursues the goal to provide individuals with a platform who think beyond the ordinary – be it in scientific, technical, artistic or social fields. Several speakers will share their ideas with a broad audience at the event as well as the TEDx youtube community.

Let’s think beyond together at TEDxInnsbruck on 25th September 2021!

Anna Strigl is a 23-year-old content creator from Innsbruck, Austria. She’s mostly known for her creative and adventurous short videos on the social media platform TikTok. Originally she is from the Ötztal and has come to Innsbruck in order to study Business and Management which she has successfully completed in January this year.

After graduating from the LSE and YALE University, Chris worked as an investment banker for Morgan Stanley and Goldman Sachs. There he advised banks and FinTech companies on capital markets and mergers and acquisitions (M&A). In the next step, Chris Miess was the CFO of the Singapore Blockchain start up TenX, where he managed their seed round and their USD 80 million ICO. This ICO became known as the largest blockchain fundraise in Asia. Chris Miess then founded the blockchain company ICONIC and has been its CEO ever since. ICONIC advises companies and startups on blockchain, crypto, DLT and invests in blockchain and FinTech startups. Forbes magazine recognized Chris Miess as a young leader under 30 (Forbes 30 under 30) in the category finance. Chris Miess is a frequent speaker about FinTech, Blockchain and cryptocurrencies. Due to his reputation in the financial market, Chris Miess was called into the FinTech Council of the Austrian government to actively shape Austria’s blockchain and crypto policy.

Isabell Fries is a communications expert among politics and media in Munich. In July 2021, she got selected on the „30 under 30“ list from PR Report. After having graduated with a Bachelor of Arts in Sociology, Politics and Economics from Zeppelin University in 2017 with semesters abroad in Odense and Brussels she finished her MSc at Copenhagen Business School in 2019. Due to her expertise in future skills she got invited to the University of Cambridge’s Institute for Manufacturing. As a member of Darwin College she researched about uniquely human abilities, future skills and the future of work. Having experienced best of both worlds: the innovative Nordic as well as the traditional Cambridge view on education, Isabell wants to share her insights and solutions how the educational system needs to be rethought. As a speaker and expert within the topics of the future of education and future skills, she had the honor to work and discuss with renowned experts at numerous events, e.g. Google Copenhagen, OECD or Aalto University. Isabell asks herself: what are future trends and what are the challenges in tackling them and has special interests in AI and the future of education.

Jake has battled serious asthma from infancy, including lengthy stays in the hospital and frequent emergency room visits. Jake’s condition led doctors to predict that he would never have a “normal” life, and Jake agrees, his life as a professional freeskier is not normal.

MMag. Jakob Kattner Ph.D., born 1984 in Wels studied Fine Arts and Cultural Studies at the Zurich University of Arts and the Art University Linz. He finished his two studies with honors. In 2010, Kattner worked as a program coordinator at the Reykjavik International Film Festival. In 2016, he wrote a dissertation on "Urban Art in Latin America" at the Academy of Fine Arts Vienna. Since 2014, he has directed Calle Libre, Central Europe's largest street art festival, curating exhibitions, workshops, podium discussions, conferences, and commissions. He has given lectures at various national and international art colleges, universities, congresses and festivals: FH Johanneum Graz, Art University Linz, Academy of Fine Arts Vienna, Vienna University of Economics and Business, UERJ - Universidade do Estado do Rio de Janeiro, Fifteen Seconds Festival, Mobile Marketing Innovation Days, WU Alumni Club etc. In addition to short films and documentaries, he is also responsible for a variety of music videos. Kattner currently works as Creative Director in a Viennese creative agency. He was awarded the state prize in 2015 and 2019 with his agency.

In 2019, Jasmine was running from Los Angeles to Las Vegas. 550 km, in a team, without rules. As a passionate runner, she knows that in marathon running, just like in transformation processes, it is important to empower yourself and others and to keep an eye on your goal at every step. This is the only way to create sustainable change. When she is not doing such extreme things, she works in Berlin as a Project Manager and Moderator. Jasmine is also a New Work Expert - in the happy works Podcast she takes the listeners on a journey into happy and successful ways of working.

Johannes Siebert teaches Decision Sciences and Behavioral Economics in the Department of Business & Management at MCI | THE ENTREPRENEURIAL SCHOOL®, Innsbruck, Austria and is private lecturer at the University of Bayreuth, Bayreuth, Germany. His research objective is to contribute to better informed decision-making of individuals as well as of organizations. For example, he showed that proactive, value-focused decision-making can be trained, thus increasing life satisfaction. Therefore, his passion is to teach value-focused decision-making skills to high-school and university students, managers, and political stakeholders. He serves as Member in the Advisory Council of the Alliance of Decision Education and is initiator of the project KLUGentscheiden! (smart deciding) in Germany in which decision competence trainings for adolescents are conceptualized, implemented, and evaluated. He also works as a business consultant for both public and private organizations in the US and in Europe. Three times, he was acknowledged as finalist in the practice award of the Decision Analysis Society (INFORMS).

Mahdis is the co-founder & CEO of the female factor, a career platform dedicated to empowering & developing a new generation of female leaders by providing knowledge-driven experiences around personal & professional development, a global mentoring program and a strong network in over 75 countries. Before starting the female factor, Mahdis served as one of the youngest and only female general managers of an international airline in Austria and Germany for over 7 years and led cross-border projects and teams in the Middle East, Europe and the US. She co-founded her first business at age 23 and also served in leadership roles at non-profit organisations such as the World Affairs Council, AustrianStartups and Female Founders. Mahdis is a passionate opportunity maker, diversity advocate, entrepreneur, mentor, podcast host and speaker with a love for business development, sales, negotiations, female leadership and diversity & inclusion.

Marcel Zentner is currently professor of psychology at the University of Innsbruck, where he heads the Personality, Emotion and Music Lab. He studied at the University of Zurich, and has subsequently held academic appointments at the Universities of Harvard, Geneva, and York, and visiting appointments at UC Berkeley and Durham University. His main research interests are in the area of personality, mate preferences, emotion and music perception. His contributions to the psychology of music include a new approach to characterize music-evoked emotions, a test battery to assess musical talent, and the discovery that infants move in time with music.

Matthias is the CEO and co-founder of the globally acting Cloud Transformation software company Txture. Before founding Txture, he researched how large organizations can optimize the transformation of their global IT landscapes and received his PhD in Computer Science in 2014. In this capacity he participated in research and development projects in Canada, Germany, the USA, Austria and China.

Prof. Orit E. Tykocinski is a faculty member in the School of Psychology at the Interdisciplinary Center (IDC) Herzliya, Israel. In her research she explores the role of regret in intuitive judgments; the phenomenon of “inaction inertia” in consumer behavior and political negotiations; emotion-based financial choices; and the effects of “magical thinking” on subjective risk assessments and insurance decisions. Prof. Tykocinski is one of the founders of the Dice@IDC decision research center.

Ronja Ziesel is a social worker, queer activist and educator in Innsbruck. They were born in Regensburg and moved to Innsbruck in 2014, where they got their Bachelor‘s Degree in Social Work at MCI and acted as head of „Diversity and Equality“ at the student organisation ÖH. As their first internship, they participated in the evaluation of a pilot project concerning peer-staffed injections rooms at a queer housing organisation in Vancouver, Canada. After finishing their Bachelor’s thesis on transgender women in women’s housing in 2020, they went on to participate in the inception of and since work at the NoRa project, where women and families in crisis receive assistance and housing. They have been a featured speaker at the Q+ You project twice and volunteer as an organizer and counsellor at HOSI Tirol. Both privately and acting as a HOSI Tirol member, they also offer workshops and consulting as well as educational materials on queer inclusion, specifically gender- and sex variance. 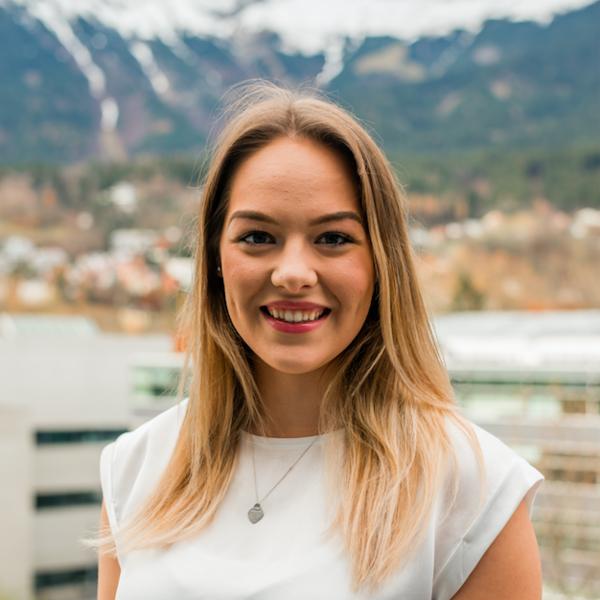 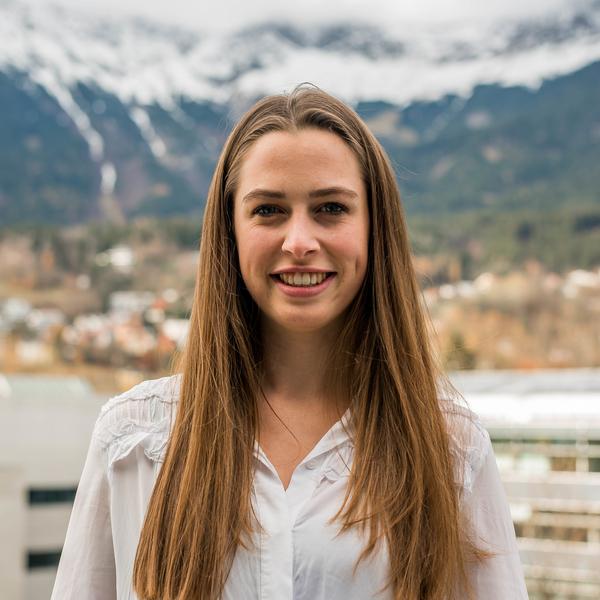