TEDxAmericanInternationalSchoolHK returns although due to COVID-19, the event will be held virtually! This year speakers will include students in both middle and high school. The theme is 2020 Vision with talks that offer clarity on ideas worth spreading and a vision for the future. All speakers participated in TED-Ed Clubs to develop their talks. The best of the TED-Ed Club Presentations were offered a spot on the red carpet.

Aarav Kothari was born in Mumbai, India. His father is Indian and his mother is Indian. He moved to Singapore in 2013. Then he moved to Hong Kong in 2017. He can speak Hindi and English fluently. Aarav loves the ocean likes to go whale watching. He once saw trash over the dock when he was leaving and was shocked. He wanted to change that.

Annie Li was born in Zhejiang, China. Both of her parents are are Chinese. She has stayed there for about 3 years before she moved to Hong Kong in 2010, where she entered American International School. Annie could speak in Mandarin fluently when she moved to Hong Kong, but struggled to speak English until 2014 after she spent a year in American International School. She enjoys painting, playing volleyball, and reading. Annie always enjoyed staying at home and watching her iPad until she met her first grade teacher, Mr. Lee. Mr. Lee taught her how to be independent and led her into her interest of technology. After she graduated from elementary and moved on to middle school, she shares her passion about technology to her TED advisor, when he greatly encouraged her to share her idea with more people.

Chenhey Chu was born in Hong Kong and has lived there nearly all her life after moving back when she was six. She is fluent in both English and Mandarin and enjoys listening to music, painting, reading, and writing. After thinking about a series of particularly memorable dreams she'd experienced through the years, Chenhey realized that there could be potential value in the inexplicable images in dreams. She then began looking into how the messages communicated by dreams could be applied towards self-betterment.

Hallie Wong was born and raised in Hong Kong. She is fluent in English, Mandarin and Cantonese. She studied in Hong Kong local schools for her kindergarten and primary education, then she studied in American International School starting from seventh grade. Her experience of both systems has led her to research more about the differences between both systems and how the choices of education systems matter.

Jean was born in Seoul, South Korea. Her father and mother are both Korean. She moved to Hong Kong with her family in the summer of 2014. Jean is fluent in Mandarin, Korean, and English. When she moved to Hong Kong, she started to build her scientific knowledge in English. Then, in middle school, she starts to get interested in Biology where her journey about genetic technology has started. By learning biology, she realized that genetic engineering is emerging in society.

Juah Hwang was born in Seoul, South Korea then moved from Shanghai to Beijing, then came to Hong Kong in 2017. Both her father and mother are Korean. Juah is fluent in Korean, English, and currently studying Mandarin. Juah enjoys to write, paint, draw and play volleyball. She was constantly stressed in many different things such as homework or classes and wanted to find out more about what stress does to you. That's why she landed on an idea that was rather ordinary and it was how stress is bad. But she wanted to make the idea more interesting and original, so she stumbled upon the idea of the benefits stress has.

Mable Yim was born and raised in Hong Kong. She went to the United States of America for middle school and returned to Hong Kong in 2018. She is relatively fluent in English, Cantonese, and Mandarin. She identifies herself as a Hongkonger, as she feels strongly related with Cantonese language and culture. Her pride in her identity has lead her on a journey of raising awareness about language discrimination and promoting language equality.

Oscar Wang was born in Shenzhen, China, but for the majority of his childhood, he lived in Hong Kong. His parents are both Chinese. His family has been living in Hong Kong for 10 years. Oscar is fluent in English and Chinese. He is learning French. When he was a baby, he was diagnosed with eczema, a common condition where patches of skin become inflamed, itchy, red, cracked, and rough. He grew out of this when he got older. He enjoys games, puzzles, table tennis, collecting, and cooking. Oscar discovered a book called 'Percy Jackson and the Lightning Thief' when he was 8. He continued to get more and more excited about ancient greek history and myths. In that book, it talked about 'Fatal Flaws', A weakness which all heroes have. And apparently, normal people as well.

Soovin Jang was born in Suwon, South Korea but soon moved to Tallahassee, Florida. Both of her parents are South Korean, and they are the people who supported Soovin throughout this journey. Soovin moved to South Korea once again after a few years in Tallahassee and came to Hong Kong in 2017. Soovin is fluent in Korean, English, and she is currently studying Chinese. Soovin enjoys public speaking, and being weird. Because she loves being herself! She thinks that being different is good, and makes you unique. Soovin's talk is about how being different is okay and why you should be unique.

Yuri Takamatsu was born in Tokyo to a Japanese family. When she was six years old, she moved to New York with her family, where she lived for six years before she moved back to Tokyo in 2015. Because of the continuous exposure to both Japanese and English from an early age, she is fluent in both languages. Yuri's move back to Japan made her realize how American sarcasm is not always so humorous in Japanese. After spending the past four years in Tokyo, she moved to Hong Kong this past summer. 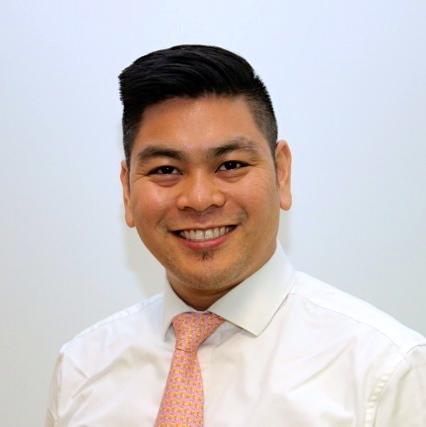