Theme: The Next Page

The theme for TEDxMICA 2020 is ‘The Next Page’ as we aim to celebrate inspiring thought leaders from various industries who have their sights set on the next paradigm shift. These speakers will share their understanding of what it means to flip to a new chapter - in their lives, of the industry, or of the society. The focus would be on thought-provoking ideas and concepts, that have the potential to shape the years to come

A widely celebrated stalwart in the world of entertainment, Amrita Puri started her career with the romantic comedy film Aisha, which earned Puri Filmfare nominations for Best Female Debut and Best Supporting Actress. Since then, she has gained critical and commercial acclaim for movies and shows like Kai Po Che!, Made In Heaven, Four More Shots Please! among others. Her versatility shines through the plethora of genres that Amrita Puri has worked in. A lesser-known fact about the dynamic Ms Puri is that she has been on both sides of advertising; she had a successful behind-the-scenes stint at the ad firm, Ogilvy. Her other notable works include Stories of Rabindranath Tagore, P.O.W: Bandhi Yudhh Ke, Blood Money and Judgemental Hai Kya.

Amrita Raichand dons many hats; she is a writer, a TV Show Judge and also an Actor. However, Raichand's prowess as a Chef is what made her a household name in India, inspiring millions with her passion for cooking, through her long-running show Mummy Ka Magic on the TV channel Food Food. Raichand has been making the waves as a digital Influencer, and as a judge on India’s first digital culinary show - India's Digital Chef. Raichand's multiple talents and ravishing personality have helped her leave an indelible mark in innumerable Indian hearts.

Widely known for penning Bollywood’s most progressive, inclusive and unflinching stories, screenwriter Atika Chohan won immense critical acclaim for co-writing Chapaak, a film based on the life of acid attack survivor, Laxmi. Her stellar work also includes “Margarita with a straw (2015)” and “Waiting”, with the former bagging a National Award among many other laurels. Starting her journey as a Print and TV Journalist, Atika wrote for The Hindu and CNN-IBN before she found her true calling in fiction writing and graduated as a screenwriter from Pune’s Film and Television Institute of India (FTII) in 2008. Her trademark filmography makes use of powerful plots and exceptional characters to give life to unique stories. Her stellar work will be on display soon in 'Guilty', a Netflix original produced by Karan Johar

Muraleedharan CK is one of the most accomplished cinematographers in India. A Bollywood veteran, he brought to screen two of India’s highest grossing movies - 3 Idiots & PK. His body of work also includes Lage Raho Munnabhai, Johnny Gaddar, Ek Hasina Thi, among many others. Muraleedharan won the IIFA award for Best Cinematographer for 3 Idiots in 2010, and The Fiji International Film Festival award for Best Cinematographer for PK in 2015. An FTII graduate, he has worked on over 100 documentaries for Indian channels, the BBC & the National Film Board of Canada. With the intention of documenting the legacy of photography and art direction in Indian cinema, Muraleedharan also spearheaded a research project on the History and Practice of Cinematography in India, along with Raqs Media Collective, for India Foundation for the Arts.

The first writ petitioner and lawyer of the Kathua rape and murder case. Rajawat has been awarded the Global Woman Achiever Award (2019) in the field of social justice and the Vogue Crusader of the Year award(2018). She also heads the Voice For Rights (NGO) which works for the protection of human rights in J&K.

Hindol Sengupta is a remarkable historian and an award-winning writer of over 9 best-selling books. He works at the intersection of sustainable development, society, culture, and policy. Sengupta is the Editor-at-Large at Fortune India and columnist at Aspen Italia. He has won many prestigious awards including the Wilbur Award and the PSF Prize for public service in India. Sengupta is a World Economic Forum Young Global Leader and a Knight-Bagehot Fellow. Hindol Sengupta serves as the Vice President and Head of Research at Invest India. He has also worked as a Senior Fellow at the Centre for Civil Society, India's best-known liberal think-tank. His not-for-profit project, Grin, has built a global platform for change-makers with a network in 15 countries.

Kalika works in the areas of Machine Learning, Natural Language Systems and Applications and Technology for Emerging Markets. Her research lies in the area of Speech and Language Technology, especially in the use of linguistic models to build a more natural human-computer interaction.

Kaustav inspired the Pride theme-'fearlessness' for one of the largest global fashion conglomerate-PVH. Dey writes for renowned fashion publications like Harper's Bazaar and Elle and has appeared on the GQ's list of 100 best-dressed people in India. Dey's TED talk in 2017 has garnered over a million views worldwide on Ted.com

Azadi Records have long been associated with grassroots subculture movements. Having signed standout Delhi rappers, Prabh Deep and Seedhe Maut and released their debut album's 'Class-Sikh' & 'Bayaan' to critical acclaim, Azadi Records have set about discovering artists with a unique sound who also have a story to tell. In 2018, Mo and Uday made it on to GQ's most influential young Indians list.

Nikhil Pahwa is the Founder and Editor at MediaNama, a leading publication chronicling the growth of India's digital ecosystem. Pahwa led the Savetheinternet.in campaign where he partnered with comedy collective AIB, for Net Neutrality in India. This was the largest grassroots campaign in the history of our country, with over a million people participating, which led to the shut-down of Facebook’s Free Basics. Nikhil is a TED Fellow, an Asia21 Fellow and was named one of India today Magazine’s “Indians of Tomorrow".

A self-taught filmmaker, Rima Das excels at being a Screenwriter, Producer, Director, Cinematographer, and Editor. Her most renowned film, Village Rockstars, was India's official entry to Oscars 2019. It was screened at over 80 film festivals around the world, bagging 50+ awards including the National Film Awards in 2018. She is one of the brand ambassadors of the Toronto International Film Festival’s 'Share Her Journey' campaign that champions the cause of gender equality in cinema. Das’ film ‘Bulbul Can Sing’ won 14 awards and was screened at over 40 prestigious film festivals across the world. Best known for making indigenous and realistic films with non-professional actors, her films strike a chord with people across the globe. GQ India named Rima Das as one of the Most Influential Young Indians of 2018. She has been on the jury at Mumbai International Film Festival and Zlin Film Festival for Children & Youth

A cognitive neuroscientist, Chaudhary is the Director of the Indian Division of Neurons Inc. Asia. A graduate from King's College London, Shikher specializes in research on attention and information processing. He frequently collaborates with fellow neuroscientists from across the world to develop consumer-specific neuroscience tools.

The legendary animator and currently the Founder and Creative Director at his design studio, Studio Eeksaurus, Suresh have disrupted the world of advertising and animation film making in India by introducing unique visual narratives as innovative storytelling solutions. His short films “Fisherwoman” and “Tuk-Tuk” have won National Film Awards in the Best Animation category. Soon after graduating from the NID, Ahmedabad in 1997, Suresh created India's first iconic clay ad film and has been breaking the ordinary by spinning memorable stories for over 300 brands, since the last 2 decades. His short films have bagged laurels from over 200 film festivals globally, and have won innumerable awards. These include the prestigious Cristal at the Annecy Film Festival, which is considered equivalent to the Oscars in animation. His achievements have managed to place India on the global map for quality animation film making.

Kapur leads the creative side of the label - establishing the network of artists that Azadi Records works with and the stories and narratives it seeks to address through its work. Some of his notable pieces include Of Gullies and Gigs: How Classism Stole Indian Hip-Hop From The Public Who Raised It (BuzzFeed, October 2016), The Power of Language in Indian Hip-Hop (Sole DXB, December 2018), Igniting Brown Pride: Why The New Swet Shop Boys LP 'Cashmere' Is The Most Important Hip-Hop Album of the Year (BorderMovement, October 2016). In 2018, along with his partner Mo Joshi, Kapur was added to the GQ Most Influential Young Indians list.

Co-founder and Content Chief at one of India's leading new-age creative agencies - The Glitch, Varun Duggirala is amongst the pioneers of modern advertising in the country. Through his widely popular podcast 'Advertising Is Dead', Varun talks about the changes, developments and disruptions in the business of advertising, media and entertainment. Having never worked in traditional advertising before starting The Glitch in 2009, Varun believes his stints at MTV and Channel V helped him understand the fabric of advertising, branding, content, and media from a new age lens minus the baggage of legacy. He calls himself the janitor - screening and helping the team at The Glitch create impactful content for the brands they work with 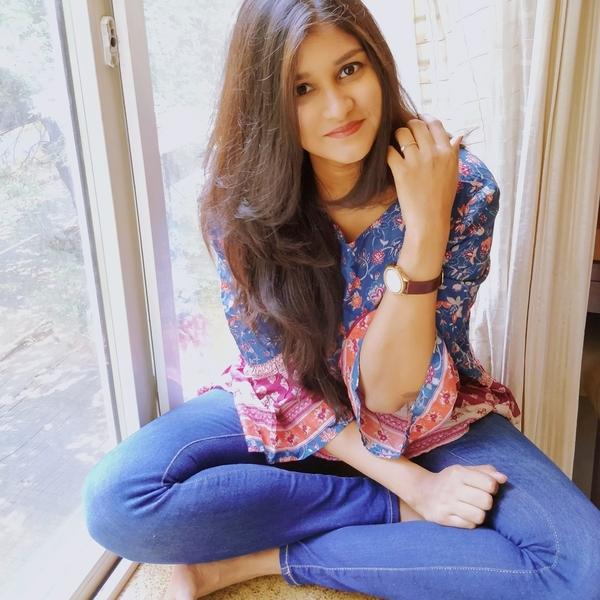 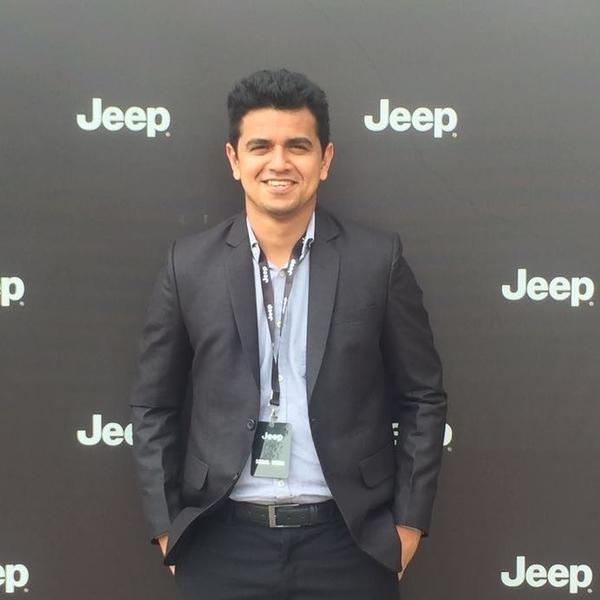