Theme: Worth Searching For

“Each of our lives creates what is to come. Every time you make a choice, you make the future.” - Brittney Ryan

We are often asked where we see ourselves well into the future. These moments of reflection prompt us to seek out both our own power and the voices that resonate within the global community to which we are intimately connected. Consider how movements arise from purpose; the journey of searching for purpose demands we look beyond ourselves. Now recognize impact and movement-making, and make choices that permit you to build the thrilling, compassionate world you are searching for.

TEDxCUNY 2020 will challenge human discomfort with obstacles and instead celebrate the strength that accompanies our curiosity and ability to dream. Dare to treat limits as though they do not exist, do the impossible, and make choices that will create a new landscape on which to build our lives, homes, families, and hopes. Speak the language of possibility, and let there be rediscovery of what the future holds for our shared humanity. Isn't such a future worth searching for?

Alexander Huaylinos is a CUNY Baccalaureate student concentrating in Anthropological Archaeology and is a Mellon Mays Undergraduate Fellow. He is interested in themes of human-animal-plant relationships, human-environmental interactions, historical ecology, and human responses to changing social environments and climates in North America. He has conducted archaeological research in Spain, Greece, New York, Illinois, and Philadelphia. His research focuses on the Anthropocene paradigm as a framework for investigating and analyzing long-term effects of human modifications to river systems and coastal regions once inhabited by people in both the past and present. As a future scholar-activist, he aims to apply his research on the ancient and recent past to discourses concerned with how modern people should interact with and manage the environment today.

Anes Ahmed is a first generation Egyptian-American poet, playwright, spoken word artist, and activist based in New York City. His work blends together traditional Arabic storytelling and songs with contemporary poetic forms to examine the lives and narratives of Arab Americans. His poems have been featured in publications such as Voice and Verse Poetry Magazine, Stuck in the Library Magazine, PEN America, and the anthology DREAMing Out Loud. As well, he has performed spoken word poetry at the PEN World Voices Festival, Nuyorican Poets Cafe, The Poet's Passage, among many other areas throughout the United States and abroad. Currently, Anes is an undergraduate majoring in Creative Writing and Literature at the College of Staten Island.

As an Educational Therapist and Literacy Specialist, Annalisa began her private practice in 2018 with a mission to bring awareness to issues in adult literacy. She started EdTherapy NYC so that she could help adults struggling to thrive due to dyslexia, NVLD, ADHD and Executive Function issues. She began her teaching experience as a foreign language teacher. In 2019, she received her doctorate in Literacy from St. John’s University. She is now pursuing national board certification in Educational Therapy through the Association of Educational Therapists. Her academic articles have been published in edited volumes and journals such as the Oklahoma Reader. In 2018, she was a nominee for the International Literacy Association’s 30 Under 30. In 2019, she received the Outstanding Author Contribution award from Emerald Press for her article entitled “Disruptive Innovations for Teacher Education.”

Anuja Shah graduated from Pace University in 2010 with a BA in Psychology and Communications. Over the past decade, she has worked as a project and product manager in the software industry, on products ranging from consumer mobile apps to Software-as-a-Service platforms. This uncommon diversity of experiences across the tech industry has afforded her unique perspective on its evolving culture.

Ashley Akunna is the host and Executive Producer of the hit online show The Grapevine. She is also a filmmaker working on her first feature film. She is dedicated to showcasing the human condition through her work.

Australian-born Brett Millar, PhD, is a health psychologist conducting research at the PRIDE Health Research Consortium at Hunter College, City University of New York. Brett’s work focuses on factors affecting health across the lifespan, with an emphasis on how day-by-day fluctuations in tiredness and energy levels might influence people’s mood, well-being, and capacity to self-regulate. Brett is currently studying sleep health in older sexual minority men in New York, with a focus on harnessing resilience in older age, and recently co-authored a chapter on disparities in sleep health among sexual and gender minority populations in the United States. Brett graduated with a PhD in Health Psychology and Clinical Science from CUNY’s Graduate Center, has published widely on sleep, substance use, aging, mental health, and living with chronic conditions (e.g., HIV, cancer), and is lead investigator on a grant from the National Institute of Aging.

Leah Batstone is a musicologist focusing on the intersections of music and social and political change, with expertise in fin-de-siècle Austria and 20th-century Ukraine. Her doctorate was completed at McGill University in 2019 and her dissertation examined the relationship between composer Gustav Mahler and philosopher Friedrich Nietzsche. In 2015-16, she was the recipient of a Fulbright-Mach fellowship for dissertation research in Vienna. Her work has also been supported by the Center for Humanities at the CUNY Graduate Center and the Ukrainian Canadian Foundation of Taras Shevchenko. She serves on the editorial board of Artistic Culture, Topical Issues, the journal of the Modern Art Research Institute of the National Academy of Arts of Ukraine (Kyiv) and is a member of the Gustav Mahler Society of New York. She teaches music history at Hunter College.

Lucia Evans is a two-time Webby award-winning brand storyteller, marketing innovator, keynote speaker, and empowerment advocate. Lucia is one of the original Silence Breakers who ignited the #MeToo movement in 2017. Empowered by the process of owning her truth, Lucia works with organizations, brands and individuals to harness the power of their own authentic narratives, to create meaningful impact.

Moustafa Bayoumi is the author of the critically acclaimed How Does It Feel To Be a Problem?: Being Young and Arab in America (Penguin), which won an American Book Award and the Arab American Book Award for Non-Fiction, and of This Muslim American Life: Dispatches from the War on Terror (NYU Press), which was chosen as a Best Book of 2015 by The Progressive magazine and also awarded the Arab American Book Award for Non-Fiction. A regular contributor to The Guardian, Bayoumi has also written for The New York Times Magazine, New York, The Nation, CNN.com, The London Review of Books, The Chronicle of Higher Education, and many other places. He is also the editor of Midnight on the Mavi Marmara (O/R Books) and the co-editor (with Andrew Rubin) of The Edward Said Reader (Vintage). Bayoumi is a professor of English at Brooklyn College, City University of New York (CUNY).

Seamus Blackley, widely known as the 'father of the Xbox,'' is a theoretical physicist and game designer who is currently CEO of venture-backed startup Pacific Light & Hologram. Recently he has gained international recognition as a 'bread nerd' for recovering 4,500 year old yeast from Ancient Egyptian artifacts.

Zohra Saed is the co-editor of One Story, Thirty Stories: An Anthology of Contemporary Afghan American Literature (University of Arkansas Press), editor of Langston Hughes: Poems, Photos, and Notebooks from Turkestan (Lost & Found, The CUNY Poetics Documents Initiative); and Woman. Hand/Pen. (Belladonna Chaplet). Her essays on the Central Asian diaspora have appeared in Eating Asian America (NYU Press) and The Asian American Literary Review. She co-founded UpSet Press, a Brooklyn-based nonprofit indie press, with poet Robert Booras. She holds a PhD In American Literature from The CUNY Grad Center, and MFA in Poetry from Brooklyn College. 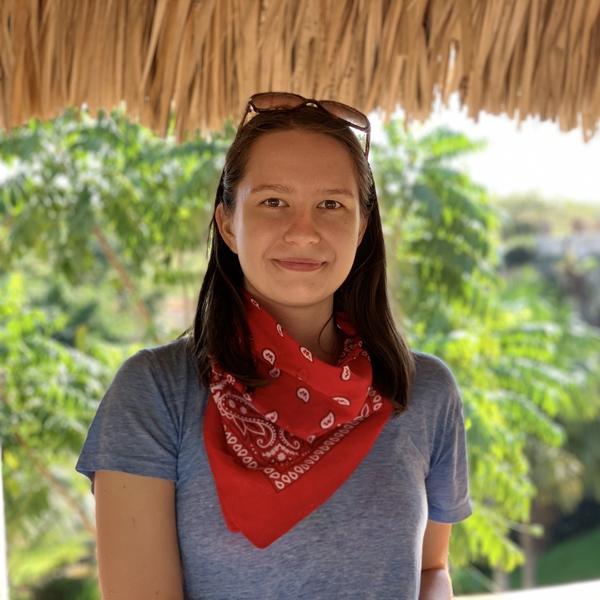