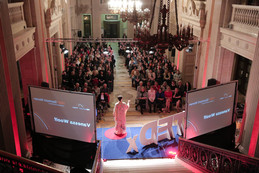 On Thursday, 12 December TEDxStormontWomen will return to the Great Hall, Parliament Buildings, Stormont.

This year's theme, "Bold + Brilliant," speaks to the ways in which 2019 is the year to be bold and brilliant – without apology.

At TEDxStormont Women 2019, we’ll be shining a spotlight on dazzling ideas from some of the most extraordinary risk-takers and innovators. Celebrating pioneers making power moves, brilliant people who are just getting started, and those who tirelessly show up as allies and advocates.

Alexandra Notay is Build to Rent fund director at PfP Capital, the fund/asset management arm of Places for People Group, overseeing a UK-wide residential strategy. She is an internationally recognised expert on Build to Rent, placemaking and sustainable urban development who has advised government, private sector and third sector organisations across four continents. She sits on multiple influential industry committees and is also a Non-Executive Director and charity trustee. With a reputation for being ‘abnormally energetic’, Alex is passionate about enabling tangible social impact through innovation and collaboration as well as mentoring the next generation of diverse talent. @aknotay

Annette is a multi award winning photographer, based in Belfast. Annette’s own weight and body image challenges empowered her to train to become a Master Practitioner of EFT (Emotional Freedom Technique) through which she helps clients to manage and overcome emotional obstacles to health. She now marries her passions for photography and EFT in her boudoir photography sessions, which are designed to encourage women to connect with their Bold and Brilliant selves.

Arlene Megaw has worked at Hosford Homeless Hostel since April 2007 as a Lifeskills Co-ordinator. She co-ordinates a Health and Wellbeing Team delivering a programme of Horticulture and Art Therapy to those most marginalised in society. With a background in Counselling and Community Development Arlene has developed partnerships with other East Belfast Community Projects transforming her local Community. In 2018 Arlene won a special achievement Award for Belfast In Bloom Best Improvement to the City of Belfast and an Excellence In Health and Wellbeing Award with Chartered Institute Of Housing. Arlene and her team are about to launch a Health and Wellbeing Hub with Hosford Homelessness Service at East Belfast Mission and their moto is ‘Homeless not Hopeless’.

A girl looking to make change. When Catriona was younger, she barely spoke to classmates or teachers, and being referred to as “That Shy Girl”. But once she started accepting who she really was and making changes to better herself and others, she learnt how to become the best version of herself. She found out she had Dyslexia, but rather than shutter in fear, she let this be the thing that makes her unique in chaotic world. From participating in TEDxStormont Open Mic, speaking regularly on the BBC, being nominated as Inspirational Young Talent of The Year and even getting the opportunity to interview Emilia Clark and Henry Golding, she is now the most confident version of herslef and nothing can hold her back!

Jane Larmour is an architect involved in practice, education and research. In 2018 she was invited to exhibit her work at the Irish Embassy London representing Irish Women in Architecture. Jane is passionate about architecture and design and sits on both the Council of the RSUA, and as Regionally elected Representative for Architects in Northern Ireland to the RIBA. A graduate of both Architecture at Queen’s, QUB, where she co-runs a Masters studio, and UCD Dublin, Jane also undertook postgraduate research studies in Architectural History and contributed to the Royal Irish Academy publication on The Art and Architecture of Ireland. @JaneLarmour

Jim Gamble is a former senior police officer and a renowned child protection expert. He is the CEO and one of the founding partners of the Ineqe Group, the largest independent safeguarding organisation in the UK and Ireland. Jim is a frequent media commentator on issues related to protective services, best practice, the internet and child protection. @JimGamble_INEQE

Kalypso Nicolaidis is a professor of International Relations at the University of Oxford, and previously at Harvard. A few years ago she was asked to be a “wise man” by EU heads of states. But she prefer to think of herself as a translator between worlds, across different languages, cultures and disciplinary boundaries, as well as between academia and the public sphere, and, as an educator, between generations. She is French, Greek and recently naturalized British, and thinks of herself as a rooted cosmopolitan engaged in theatres of recognition. Her last book is: Exodus, Reckoning, Sacrifice: Three Meanings of Brexit. @KalypsoNicolaid

Karen Sethuraman is a Pastor of SoulSpace, a Peace and Reconciliation hub based in the Duncairn Centre, and is one of the founders of Spectrum - a space set up in Belfast for LGBT+ people of faith. Her passion is peace and reconciliation. Karen feels particularly called to pastor outside the Church walls, journeying with people who feel they ‘don’t fit’ in Church. She is the former Chaplain to the Belfast Lord Mayor. Karen is also a champion for gender equality. @KarenSethuraman

Kim Mawhinney has worked at the Ulster Museum, National Museums NI since 1995. She was a member of the Project Board for the redevelopment of the Ulster Museum, which reopened in October 2009 and won the Art Fund prize in 2010. Throughout her career Kim has curated, juried and selected exhibitions, lectured and written about the history and development of museums and art curation, accessibility of art collections, curating and interpreting Troubles art, both nationally and internationally. Through community engagement and developing new audiences, Kim is an active advocate that museums exist for everyone. @Kim_Mawhinney

Maire Thompson has been involved in teaching for 23 years. After some early childhood adversity Maire went on to win the UK Head teacher of the Year in 2017 and went on to judge the competition in 2019. Her approach is based on a strong moral compass and a core belief in the positive potential of education. She recognizes there is talent in every child and sees the teachers’ role as helping to draw out and encourage this talent.

Blinded as a 10 year old boy during the Northern Ireland conflict in 1972, Richard Moore has never allowed bitterness to stunt his development. In 2005, 33 years after he was shot, Richard met Charles, the British soldier who blinded him and the two are now good friends. In 1996 Richard established Children in Crossfire which works in Tanzania, Ethiopia & Ireland helping some of the most vulnerable children who suffer from the injustice of poverty. In 2009 published autobiography ‘Can I Give Him My Eyes’. The Dalai Lama has described Richard as his “hero and a wonderful son of humanity”. @richardcic

Richard O'Leary is reinventing the tradition of Irish oral storytelling for the 21st century. Critically acclaimed for his show “There's a Bishop in my Bedroom” he is artist in residence at this year's Outburst Queer Arts festival. Richard uses personal objects to tell stories that are incredible but true. He co-founded the campaign group Faith in Marriage Equality and he successfully took an equality case against the Irish state to obtain recognition of his UK civil partnership. Dr O'Leary is a former Oxford don and sociologist at Queen's University and is currently visiting Research Fellow in History at Queen's.

Shauna is the Founder and Director of Wellnessseeker, an online school that offers a variety of programmes, aimed directly at supporting mental and emotional difficulties. Shauna is passionate about the potential of the human spirit to heal and is convinced that everyone has the capacity to transform their suffering. She is a tireless advocate for better mental and emotional health models and services nationally and continues to educate herself on current policies and developments. Shauna is currently working in clinical practice one on one, and through workshops she brings her healing work to people everywhere.

Stacey King is a nomadic learner who loves to make connections, develop ideas, and bind it all into something new and tangible. She runs a business focused on incubating new digital spaces, is a semi-recovering digital and IP lawyer, has served on several Boards of Directors for international organizations, and considers herself a lifelong student. She loves technology, policy, the public domain, creativity, and iterating on where the world will be in 50 years. Stacey is personally focused on how we transform society in ethical ways that can benefit all. @skinguk

Award-winning, multi-instrumentalist and comedienne Ursula Burns has been smashing the stereo-typical image of the harp for 25 years through song writing, theatre, circus and comedy. Ursula (a single parent) toured the world with her music and independently self-financed and released 5 solo studio albums the most recent being The Dangerous Harpist. She has composed a wealth of music for theatre and specialises in children’s faery tales. Ursula’s work is unclassifiable is quite unique. She strives for honesty in her lyrics, emotion in her music and enjoys bravely taking harp to where it has never been before. @ursulaburns 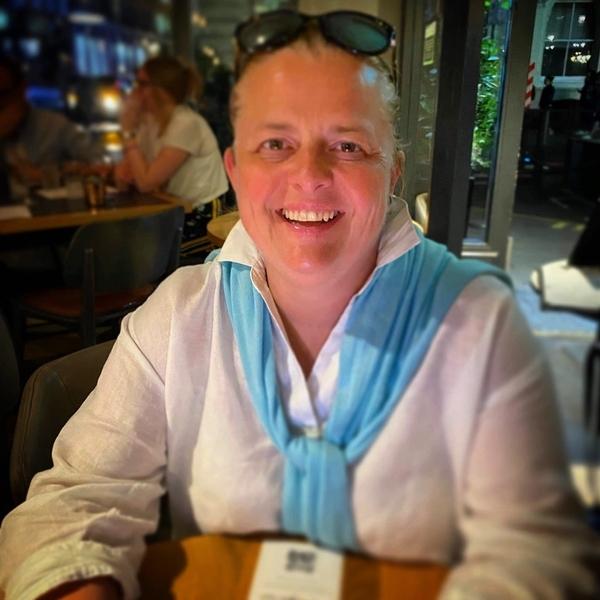