Impellers inspire someone to act. We often come across suchlike people every day. People that can effortlessly impel you to act upon what you believe is right or what you believe is wrong. These people have often originated from troubling or rather unorthodox beginnings, but still they act imperiously on their march to inspire and give people the momentum and drive they need to chase their dreams.

Initially, and brick by brick, they build their foundations to match the magnitude of their ambitions as they slowly rise to the center of the scene in their field.

One main question becomes apparent and it could be no other than this: How did they cultivate the power to impel and keep striding on, often face-to-face with their fears, doubts and insecurities, only to triumphantly overcome them and impact so many people?

The TEDxUTHLarissa presents you with an opportunity to learn from people with diverse, compelling, and inspiring ideas to share in the fields of technology, entertainment and design. Especially in the age of technology and artificial intelligence, ideas that impel you to act are worth more than just sharing. They are worth to be experienced. You will be provided with the tools to design your own personal blueprint to build the foundations for a life that matches your ambitions. Brace for IMPEL.

Christos is a 5th year medical student at the University of Crete (UoC), graduating in July 2021. He is affiliated with several scientific students associations and NGOs, including the Association of European Cancer Leagues, where he serves as a Youth Ambassador and the European Student Think Tank, where he holds the office of the Editor in Chief and the Disease Control and Research Center. Christos has lived and worked in Taiwan, Lebanon, Brazil and Mexico. Being passionate about travelling, networking and working with people from all over the globe, he has a keen interest on Medical Humanities and Space Medicine among others. Identifying himself as a multitasking person, he welcomes any new endeavor asking “Why not?”. Writing and editing between various genres from scientific articles to poetry and fiction as well as painting are some of his most favorite endeavors.

Constantine Venetopoulos graduated from London’s CASS Business School with a Master’s Degree in Marketing. He has collaborated with renowned artists such as Luciana Paris, cinematographer Sean Price Williams, and Swedish actor Bill Skarsgård among others. His films have premiered at Tribeca Film Festival and the Museum of Moving Image among others. Constantine celebrated his directorial feature film debut in 2019 with ‘Man in the Attic’, in collaboration with Frida Torresblanco, producer of Pan’s Labyrinth. His most recent work Draw with Me, a film documenting the coming out journey of a youth in transition created in partnership with the Trevor Project made history screening at the United Nations. Constantine is the founder of Kuntaur Film Festival, a children’s film festival in the remote village of Kuntaur in West Africa lacking access to electricity, sharing the cinema experience with the youth by deploying mobile generators.

Dr. Dimitris Koutsioulis is a cofounder and CEO at Enzyquest, a venture backed biotech company, active in enzyme discovery and manufacturing. He is a research advisor at the Institute of Molecular Biology and Biotechnology (FORTH) and teaches postgraduate courses in Protein Biotechnology at the University of Crete. Previously, he was a Head Scientist at Minotech Biotechnology (IMBB-FORTH) working on Molecular Biology product development and at New England Biolabs (Boston), one of the world’s leading enzyme companies. Dimitris has engineered over 20 enzyme products that are currently in the market. Dimitris has studied Biology at the University of Crete and holds an MSc degree on Molecular Biology and Biomedicine and a PhD in Protein Engineering; his academic work was overseen amongst others by Sir R. Roberts and Dr. F.H. Arnold, both recipients of the Nobel Price. He is a keen long distance runner and open sea swimmer and a proud dad of two.

Eleftherios Beltsios was born in Larissa and is currently a 6th-year medical student at the University of Thessaly, Greece. Since the beginning of his medical studies, he has been particularly interested in research. Being in the first year of his studies, he received the 1st prize in a national conference for his participation in basic research and clinical research protocol. Since then he has been involved in various basic research programs. In 2017, he moved to Germany where he stayed for almost two years, completing part of his studies at the University of Lübeck School of Medicine. At the same time, he worked as a research fellow undertaking research projects where he conducted a great number of in-vitro and in-vivo experiments in the field of immunology. Prior to his return to Greece, he also worked in various cities of Germany including Munich, Leipzig and Berlin where, in addition to clinical practice, he carried out basic stem cell research.

Eleni Matraki is an experienced Lawyer and an Accredited Life, Wellness & Business Coach, committed to motivate and inspire others to take charge and enhance their life. She has a passion to encourage people to be authentic, real, honest, forgiving, the very best they can be. Her legal education background on the Socratic Method as well as her over a decade experience in Courts, make her a master in rhetorical skills and questioning process. At the same time the strengths and confidence she has developed through her own growth, make her listen with openness and compassion. She feels that part of her identity includes being a coach, that coaching is for her a natural form of self- expression.

Dr. Fotis Filippopoulos is an award-winning corporate innovation specialist with a global professional footprint, an industrial policy advisor for CCIs at the European Commission, and an MIT-Certified innovation and entrepreneurship educator. Through his diverse project portfolio, he has helped organisations across geographies and industries to generate the intelligence necessary to grow in the face of changing markets and technologies. In 2017, he was awarded the Mark of Excellence for Best Provision of Industry Information and Intelligence at the European Association Awards. With a remarkable passion for evangelising innovation and as an international speaker, he has shared insights and research findings in premier events around the world and iconic venues including the European Parliament in Brussels, the MIT Museum in Boston, the Montabaur Castle in Frankfurt and the Memorial JK in Brasilia.

Konstantinos works in Product Management industry as Chief Product Officer at efood and manages digital platforms in highly competitive markets. Currently he leads a full-stack product team across 5 countries. Along with product management, he has experience in Marketing, where he managed large budgets in performance Marketing, while he invented one of the first Agile marketing frameworks in Greece. He was born in Larisa, spent most of his life there and he studied business administration in TEI of Larisa. Besides that, he had significant social engagement and contribution with "PROSFERO" which is a team of volunteers that collected food for those in need. "PROSFERO" collected & donated more than 30 tons of food in Larisa and was selected as Greek best practice for the Clinton Global Initiative in St. Louis, USA in 2013. He will talk about his professional journey, failures & successes and how "David vs Goliath" mindset can help you achieve everything you want.

Lucy Xu is a global marketer and Founder of The Port, the consultancy supporting startup venture growth across Greece and the US. She holds a business degree from Wharton and has a background in technology and marketing with experience from IBM, Curalate, and Startup Grind NYC. Three years ago, Lucy moved from New York City to Athens to adapt best practices and bridge resources across global markets.

Board Chair at Levitronix Technologies

Marina Hatsopoulos was Founding CEO and original investor in Z Corporation, an early market leader in 3D printing, from 1994 through its sale in 2005. She is Chairperson of the Board and investor in Levitronix Technologies, the worldwide leader in magnetically-levitated bearingless motor technology. She was appointed by the Council of Ministers of the Republic of Cyprus to the National Board of Research & Innovation. She is on the MIT Corporation Visiting Committee for the Department of Mechanical Engineering and on the Advisory Board of the Nantucket Conference, MIT Enterprise Forum Greece, Eurobank’s EGG incubator, Mindspace Startup Program and the OK! Thess accelerator in Greece. She holds B.A. degrees from Brown University in Math and in Music, and an M.S. from the Massachusetts Institute of Technology in Mechanical Engineering.

Orestis Omran is an international lawyer serving as the Head of DLA Piper’s EU-Greek Practice. Based out of Brussels, Orestis focuses on transactional and regulatory matters in the energy, banking and infrastructure sectors. A US and Greek qualified attorney, Orestis is one of the most prominent international lawyers active in Greece. He has been advising on landmark transactions in the country during the and post crisis era. He has built a successful track record of counselling major international and Greek corporates as well as financial and credit intuitions on large transactions and projects while he has also been advising the Greek Government, the IMF and the European Institutions. He is also a founding member of civic organizations, notably Consensus and Brain Gain, that aim at strengthening the relationship between the young Greek professionals and academics that had to move abroad during the recession and the country.

Mindset and High Performance Coach for Executives, Entrepreneurs and Teams

Valentina Kordi is an International Motivational Speaker and a Mindset & High-Performance Executive & Business Coach. She has over 9 years of experience as a Coach having coaching businesspersons and C-level executives worldwide from companies such as Microsoft, Novartis, Coca-Cola, Biomarin Pharmaceuticals, etc. to achieve their corporate and professional goals by changing their mindset and behaviors, after having worked for 15 years as an Executive in multinational companies. Her book «Success is a mind game» has already become a best-seller. Prior to this, Valentina studied Business Administration in Newport University of California and holds a Master’s degree in Human Resource Management from City Unity College. In addition, she studied Success Conversion Coaching in Express Coaching School in Canada and Strategic Intervention Coaching in Robbins-Madanes School of Tony Robbins in the USA.

Professor at the Departh of Digital Systems, School of Technology, University of Thessaly

Vassilis Gerogiannis Professor, Department of Digital Systems, University of Thessaly (academic subject: Analysis & Design of Systems & Projects with Emphasis on Decision Making”). Adjunct Professor, Hellenic Open University. Visiting Professor, IPAG Business School (France), American University of Beirut (Lebanon). He holds a Diploma in Computer Engineering and a PhD in Software Engineering from the University of Patras. From 1992 until present, he participates in several R&D and educational projects. Author/co-author of 120 papers published in international journals/conference proceedings which have been cited in a plethora of citations. Co-author/editor of three scientific books. Guest editor/reviewer in international journals. Program chair/invited speaker in international conferences. He has received the “best paper award” in two international conference.

Zanettos Louka is from Cyprus and he is the founder and CEO of Intelligence Media, editor and publisher of Vantage magazine, Journey guide, Volt Free press newspaper and owner of www.vantagemag.com. He has studied in United States at the University of South Alabama and NYIT in New York in the field of Visual Communications and marketing. After 7 years of studying and working in the United States and after a long series of major trips to Asia, Latin America and Europe, he settled permanently in Cyprus, where he worked as a Director Coordinator at a publish company. In 2012 he created his own company and started Vantage magazine, vantagemag.com and the Journey Travel Guide. His big hobbies are long and risky trips. Some of them are the Amazon, Peru, Costa Rica, Mexico, Argentina, Brazil, China, India, Iceland, Spain, . 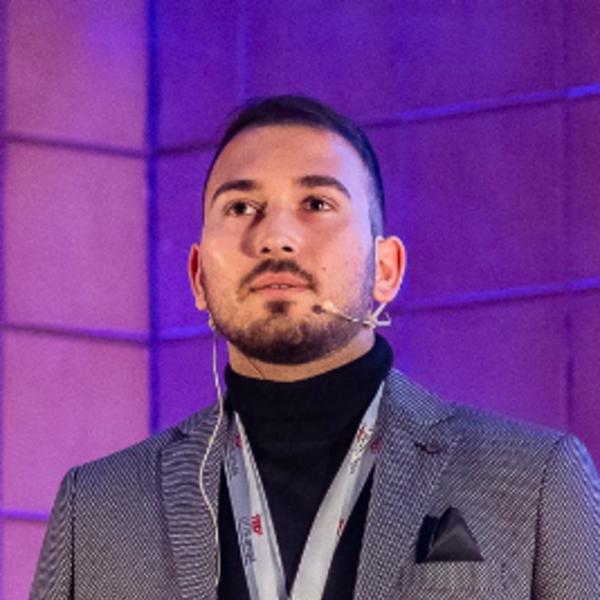 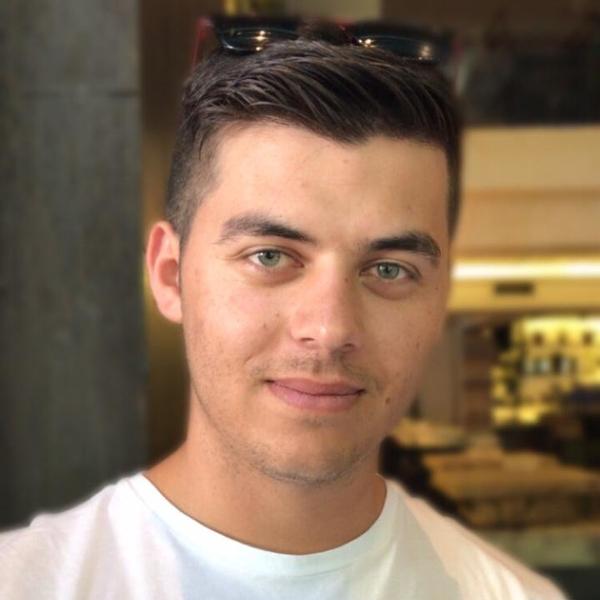