Tickets will go on sale at the TEDxBerkshires website starting on June 16, 2021
www.tedxberkshires.com

Amy Ziff has created America’s first independent, 3rd party cross-category certification program for nontoxic consumer products. With Made Safe, she is harnessing our collective purchasing power to change the marketplace. With MADE SAFE, Ziff has built a robust community of people who want to use products that won’t harm themselves or their families. She has also built an ingredient database with thousands of unique ingredients and consults with companies on ingredient liabilities and product pitfalls leveraging the 360-degree Ecosystem Approach her team has pioneered. Amy is a proven entrepreneur and award-winning brand marketer with a MA in Journalism. She is a Certified Clean Coach and has studied with renowned MDs and NDs.

Becky Cushing Gop is Director of Mass Audubon West, a four-county region which includes 17 wildlife sanctuaries, conservation partnerships, and widespread community- and school-based programming. A trained field biologist and environmental educator, Becky’s current work focuses on cross- disciplinary project collaboration, environmental problem-solving and connecting people to nature. Before her current position, Becky was Sanctuary Director for Mass Audubon’s Berkshire Wildlife Sanctuaries. Becky has an MS from the University of Vermont’s Field Naturalist program and a Conservation Biology degree from Middlebury College. In 2019 she received a Berkshire 40 Under Forty award. At the heart of Becky’s work is a love and respect for the land, water and wildlife that supports us physically, mentally, emotionally and spiritually.

Dariush Mozaffarian is a cardiologist, Dean and Jean Mayer Professor at the Tufts Friedman School of Nutrition Science and Policy, and Professor of Medicine at Tufts Medical School. As one of the top nutrition institutions in the world, the Friedman School’s mission is to produce trusted science, future leaders, and real-world impact. Dr. Mozaffarian has authored more than 400 scientific publications on dietary priorities for obesity, diabetes, and cardiovascular diseases, and on evidence-based policy approaches to reduce these burdens in the US and globally. He has served in numerous advisory roles including for the US and Canadian governments, American Heart Association, World Health Organization, and United Nations. His work has been featured in a wide array of media outlets including the New York Times, Washington Post, Wall Street Journal, National Public Radio, and Time Magazine. In 2016, Thomson Reuters named him as one of the World's Most Influential Scientific Minds.

In 2006, Deval Patrick became Massachusetts’ first African-American governor. During his eight-year tenure, Patrick helped revive a battered economy through the expansion of affordable health care, unprecedented investments in Massachusetts public schools and public infrastructure, and initiatives stimulating clean energy and biotechnology. He is the Founder & Chairman of TogetherFUND, a political action committee to support progressive politics and grassroots groups working to drive turnout and engagement among disenfranchised and marginalized voters. Patrick is the author of two books, A Reason to Believe: Lessons from an Improbable Life and Faith in the Dream: A Call to the Nation to Reclaim American Values. He lives in Western Massachusetts with his wife Diane, his dogs and his bees.

Matthew Dicks is an award-winning elementary school teacher and an internationally bestselling author. He’s also the humor columnist for Seasons magazine and an advice columnist with Slate magazine. Matthew is a 45-time Moth StorySLAM and 6-time Moth GrandSLAM champion and the founder and Artistic Director of Speak Up, a Hartford-based storytelling organization. In addition to performing, he teaches storytelling and communication strategies to corporations, nonprofits, religious institutions, universities, hospitals, public schools, advertising agencies, and many more. He has most recently worked with Yale University, MIT, the Indiana Prosecuting Attorneys Council, LEGO, and the Mohawk Nation of Canada. Matthew is also a wedding DJ, playwright, minister, stand-up comic, life coach, and Lord of Sealand. Matt loves ice cream cake, golf, tickling his children, staring at his wife, and not sleeping.

Over the last quarter of a century, William Green has interviewed presidents and prime ministers, inventors, criminals, prize-winning authors, the CEOs of some of the world’s largest companies, and countless billionaires for The New Yorker, Time, Fortune, Forbes, Barron’s, Fast Company, Money, Worth, Bloomberg Markets, and The Economist amongst other publications. His most recent book Richer, Wiser, Happier: How the World’s Greatest Investors Win in Markets and Life is is based on some of his work in which he has interviewed many of the world’s best investors, exploring in-depth the question of what qualities and insights enable them to achieve enduring success. Born and raised in London, Green was educated at Eton College, studied English literature at Oxford University, and received a Master’s degree from Columbia University’s Graduate School of Journalism. He lives in New York with his wife, Lauren, and their children, Henry and Madeleine 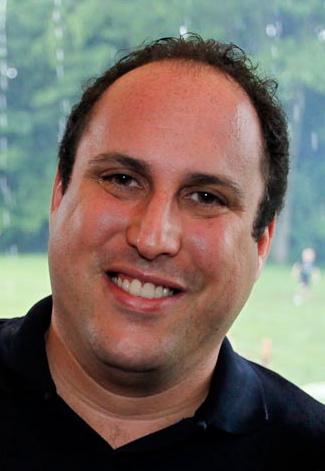