Join TEDxEHS on March 9th at 7PM to hear eleven esteemed student speakers. The event will be held online through Google Meet. Click 'Attend this event' to reserve your FREE tickets! In the spirit of ideas worth spreading, TEDx is a program of local, self-organized events that bring people together to share a TED-like experience. At a TEDx event, TEDTalks video and live speakers combine to spark deep discussion and connection in a small group. These local, self-organized events are branded TEDx, where x = independently organized TED event. The TED Conference provides general guidance for the TEDx program, but individual TEDx events are self-organized (subject to certain rules and regulations).

Aishwarya Balaji is a senior at Enloe High School in Raleigh, North Carolina where she is the president of the SWENext Women in Computer Science Club, and the Biology Club. To her, this year’s theme of ‘Breaking Barriers’ means being unique and not conforming to stereotypes. She believes that it is very important to inspire other girls and show them that STEM is a field that is all-inclusive. Her talk is on “STEMocracy” and what can be done to fix it from a student’s perspective.

AJ Guieb-Alimbuyuguen is a senior at Enloe who holds a passion for learning. She hopes to expand on this year’s topic by talking about how to break out of the boundaries that the AIG and GT system places on around students. She wishes to remind students that learning is limitless, and that persevering through struggle should be admired rather than looked down upon. AJ is a first generation Asian-American whose parents originate from the Philippines. Living all of her life in Raleigh, AJ understands the school system quite well and seeks for some changes to be made. In her free time AJ enjoys painting, drawing, writing, creating Spotify playlists, practicing the violin, and playing video games. She cannot wait to present her talk to the Enloe community!

Josie Headley is a junior at Enloe who is super excited to be a new speaker on the TEDxEHS Team this year! She will be speaking about how social media plays a role in body image, and how the new generation is harnessing that role to create a more positive impact. Social Media and how we see ourselves aren't seperate things but closely intertwined, and Josie sees that as highly significant. She has grown up in the age of social media and seen the good and the ugly of what social media can do to a person's self-esteem, and through this speech she is looking to connect with people on that level, and present a new phenomenon occurring on social media that may be new to many listeners.

JP Neri is a senior at Enloe High in Raleigh, NC. Born in Guadalajara, Mexico, JP moved to the US at a young age and has been trying to find a balance between both cultures ever since. JP enjoys cooking and watching TV in his spare time, and is an active member of the Band and Student Council. His TEDx Talk focuses on his journey to discover his own identity, and his refusal to be boxed into stereotypes and expectations.

Kyra Grimes is a stressed out senior at Enloe High School in Raleigh, North Carolina. She began a long journey of being a mediocre piano player at age six. Her talk will be about why music is integral to human life and the recent scientific developments on music’s impact on the brain. When she isn’t forgetting to practice Mozart’s Sonata in C, she is an active member of Enloe Women’s Soccer, Enloe Charity Ball, and National English Honors Society.

Mirelle Mah’moud is a senior at Enloe High School in Raleigh, NC. Mirelle strives to create positive environments for everyone wherever she goes. Our brains will not always be on our side when it comes to being happy, so we must train them to help us. In her talk, she will discuss the effects of a student’s overall happiness in school, and aims to teach how to cultivate joy in school despite possible setbacks.

Nicholas Cummings is a senior at Enloe and comes from Raleigh, North Carolina. One of his favorite things in the world is music, specifically Hip-Hop. In his speech he will be diving into Hip-Hop culture and analyzing why it is the way it is. He hopes that he will be able to provide a new perspective and provoke thought about our relationship as fans with our favorite artists.

Rachel Lin and is super excited to be introducing my ideas through a speech at TEDx this year. Based on this year's theme "Breaking Barriers", she is going to be speaking about how film & media portray themes in our society and the bridge between picturesque movie worlds and reality. In a relevant modern age where everyone wants to live a "movie life", her speech will analyze this form of escapism and how movies actually communicate calls of action in real life. Rachel hopes her speech will help speakers understand how there is always a bit of realism in the idealism we see in films and empower them to break the barriers of what we see on screens through bold acts.

Reagan Razon is a senior at Enloe from Morrisville, North Carolina. She has been dancing pre-professionally for over 12 years and has won Gold and Bronze in ballet at the national level. Reagan will be speaking about her experience of being a dancer, while also being into mathematics. Reagan’s speech will discuss the importance of the integration of dance into the school curriculum, especially STEM classes. She was a member of the MIT Online Science, Technology, and Engineering Community, where she studied Data Visualization techniques to amplify important stories. Bridging her two passions in this speech, she will explore the importance of an arts education with STEM. She hopes that she will move the audience to consider the two in a different light.

Sonia Birla is a senior at Enloe, where she is part of the National Honor Society and German National Honor Society. She is also the president of Enloe’s Graphic Design Club. Outside of school, Sonia is the president of a Cary-based non-profit called DOC NC in which she has been instrumental in raising over $45,000 over the past four years. Through DOC NC, Sonia began The Legacy Project, a task in which youth interview senior citizens to hear and document their stories for future generations. In June, she became VP of Triangle Writer Studio and has worked to raise over $4000 since. She is also a judiciary co-chair in the Youth Legislative Assembly and is the Nigerian Partnership Chair in an international business internship. She has published two short stories in “A Window to Young Minds”, a short story compilation. She loves writing, designing, photography, film-making, and politics and is very excited for her talk!

Victoria Smith is a current Senior at William G. Enloe High School and also the Founder and President of the Wake County Black Student Coalition. She played a vital role as a student leader during countless protests and demos in the Summer of 2020 second uprising of the Black Lives Matter Movement after the murder of George Floyd. In school she is the Editor-In-Chief of the Enloe Yearbook; and a Board Member of the Enloe Medical BioScience Academy, National Honors Society, and Black Student Union. Outside she spends much of her time volunteering as a Girl Scout or finding ways to work towards her dream of becoming a Pediatric ER Doctor. Her speech will touch on breaking the barrier around mental health, the experiences, and how much of a common denominator it truly is. 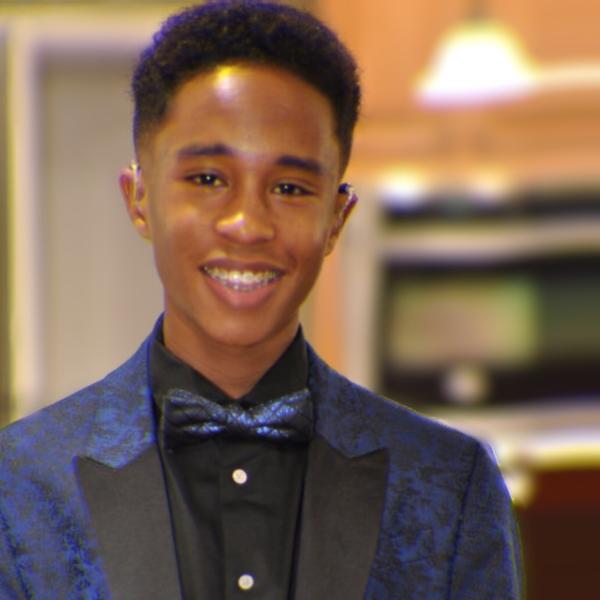 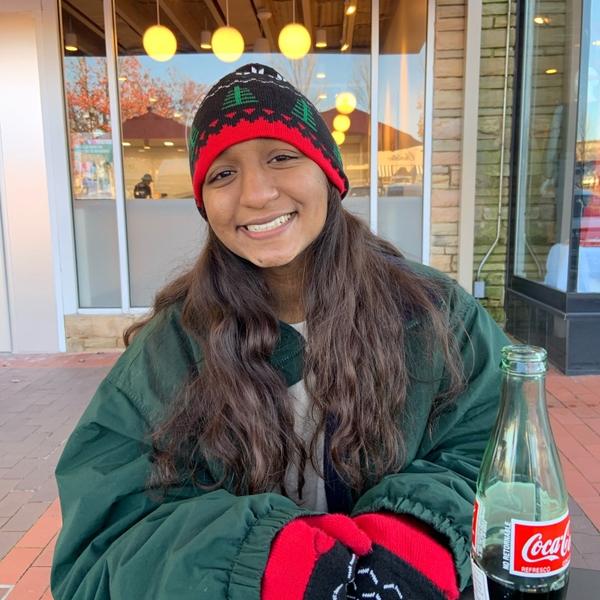