Angela Bowden is a writer, speaker and activist. Bringing her lived experiences as an African Nova Scotian woman, Angela speaks and writes extensively about social justice and the emotional experiences of her people. She has delivered many speeches at social justice and women focused events and has published articles and poetry reflecting African Nova Scotians experiences and pain. Angela is passionate about the anti-racism activism she is involved in and has organized and participated in many events that challenges the injustices in our communities and systems.

Ariel Gough is a social entrepreneur, policy and communications advisor, and speaker. Ariel has helped some of Canada’s most senior elected officials to engage the next generation of leaders in the political process, and has also led the development of policies related to poverty reduction, early learning and child care, and youth. Ariel is deeply committed to inspiring people to use their gifts to make a meaningful impact; championing the remarkable examples of young people as agents of social change; and educating public leaders on how to support the next generation of civic leaders.

Elizabeth Duff is recent graduate of Mount Saint Vincent University’s Bachelor of Public Relations program. During her time as a Mount student she reformed policy as Chair of the Mount Saint Vincent University Students’ Union, represented the university in multiple marketing campaigns, and wrote over 50 publications for the university’s website profiling the achievements of faculty, students and staff. Elizabeth is now the Public Relations and Content Marketing specialist for SalesRight, and is passionate about taking a fearless, feminist approach to goal setting and pursuit.

Dr. Ingrid Waldron, is an Associate Professor in the Faculty of Health at Dalhousie University, the Director of the Environmental Noxiousness, Racial Inequities & Community Health Project (The ENRICH Project), and the Team Lead for the Health of People of African Descent Research Cluster at the Healthy Populations Institute at Dalhousie University. Ingrid’s scholarship is driven by a long-standing interest in looking at the many ways in which spaces and places are organized by structures of colonialism and gendered racial capitalism. The 2019 documentary There’s Something in the Water is based on Dr. Waldron’s book and was co-produced by Waldron, Ellen Page, and Ian Daniel.

Jenny Kierstead is the founder of Yoga in Schools and Breathing Space Yoga Studios, for which she received the Women of Excellence and the Women of Influence Awards. Jenny wrote the first ever Yoga Grade 11 curriculum to be implemented within the public-school arena and has trained thousands of public school teachers in her highly reputed Yoga in Schools Teacher Training workshops.

Founder of Girls on Boards, a non-profit recreation empowerment company offering body-positive paddle boarding, snowboarding and now skateboarding experiences to young women with a mission to help them find their balance, trust their core and feel their own power. Mia is a registered massage therapist, mother of 4 teens and a women’s empowerment activist from Wolfville, Nova Scotia.

Paulette Senior has devoted her life and career to breaking down systemic barriers and building up diverse women and girls. Paulette has worked with all levels of government and civil society to address issues including poverty, housing, gender-based violence, immigration, and social justice. In 2016, Paulette joined the Canadian Women’s Foundation as President and CEO after a decade serving as CEO of YWCA Canada. She is a sought-after thought-leader on numerous issues including gender equity and gender-based violence; women’s poverty and the wage gap; girls’ empowerment; and leadership.

Rajean Willis, is a proud Indigenous African Nova Scotian woman from Truro, NS with roots from East Preston, Africville and Shelburne. Currently, she is a clinical social worker with Correctional Services Canada, Community Mental Health Services. Some of Rajean’s most prideful and impactful work has been around researching and raising awareness around mental health, substance abuse and gambling within the ANS communities and communities of African descent in NS. Rajean’s community work is extensive with experience in community and program development, research, writing, mentorship, facilitation and therapeutic intervention.

Student and President of Dalhousie University Women in Engineering Society

Sara Evely is the president of Dalhousie Women in Engineering Society, and final year student studying structural and transportation engineering. Sara also holds a degree in behavioural neuroscience which has allowed her to develop unique perspective and deeper understanding of the challenges associated with increasing the number of women in STEM. When not advocating for women on campus, Sara fulfills her duties as secretary for the Dalhousie American Concrete Institute, where she recently presented at the 2019 ACI Fall Convention in Ohio.

Stella Bowles prompted action for the clean up of Nova Scotia’s LaHave River. Because of her work, three levels of government have allocated $15.7 million dollars to address the problem of illegal straight pipes that still drain raw sewage from over 600 homes along the river. Stella has teamed up with Coastal Action Foundation and together they have started a campaign training other kids to become citizen scientists and test their own waterways. Stella’s story is now a book, My River: Cleaning up the LaHave River, and hopes her story will inspire other youth. 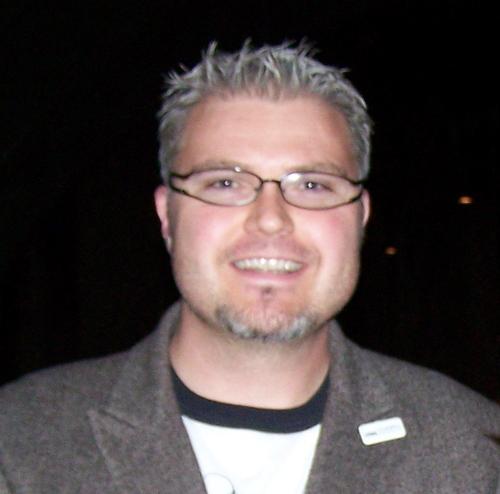