As part of TEDWomen, happening in USA 4-6 December, TEDxLeicesterWomen will be part of global series events happening all over the world.
So, mark the date Saturday 7th December 2019, at Gateway College, TEDxLeicester Women will launch itself to celebrate all that is Bold and Brilliant about women, non-binary, transgender or unspecified, including those who tirelessly advocate and support them to realise their full potential in civic society.

TEDxLeicesterWomen 2019, will be focusing on strong minds and voices ranging from the outspoken to the innovator all committed to breaking down stereotypes and myths. We are celebrating the bold, the brilliant and those who are just getting started.
We will be showcasing talented voices whether its technology, entertainment, media, art, science, politics- we will celebrate the disruptors, the rebels, the changemaker and the entrepreneur all in one day to connect, collaborate and create. We invite you to join us on to enjoy a day of inspiring talks, that will spark conversations with each other and our speakers. You will be able to immerse yourself in activities and performances produced by talented students from the college.

Don’t miss out, grab your tickets now before we announce the exciting line-up of speakers.

As per TEDxLeicester’s core value of inclusion and diversity, if you have any special needs, please contact us directly and discuss how we can accommodate your needs. We are proud to reflect our City’s diversity both on stage, volunteers and our guests.

Chani is a multi-award-winning entrepreneur in cybersecurity. She advises organisations to manage information security and privacy requirements. Chani is also the founder of the SHe CISO Exec which provides a bootcamps and mentoring platform for women in cybersecurity. Chani’s enthusiasm for technology started at an early age when travelling to school as she was influenced by an IBM billboard. She went on to graduate from the Kingston University, London with a BSc (hons) in Computer Science. After several years at IBM UK as an infrastructure virtualisation consultant, Chani advanced her career in IT infrastructure security as an independent consultant. She co-founded Meta Defence Labs in 2015, an award-winning boutique information security and infrastructure service provider in UK and Sri Lanka.

Charlotte Carpenter is a widely acclaimed singer/songwriter and founder of Babywoman Records; an artist led community, collective and record label for independent artists to feel less alone, more empowered. She has been described as "a storyteller, a young artist capable of applying an enormous impact" by Clash Magazine. With a growing number of EP’s and singles under her wing and alongside heavy touring of UK and Europe with the likes of Marika Hackman, George Ezra, Hunter Hayes, Get Cape. Wear Cape. Fly, Charlotte has brought herself to the forefront of alternative singer/ songwriters. Single releases, Shelter" and "Fire" turned the ears of Total Guitar Magazine, claiming her as a "Guitarist to Watch” in 2017, catching the attention of Sky TV and picking up the promo ad for crime drama ‘Shades of Blue’ starring Jo-Lo.

Ghida is a global citizen with many hats: a computer engineer, data scientist, tech for good entrepreneur, community builder, technical trainer, lecturer, World Economic Forum-appointed domain expert and, when the occasion allows, a stand-up comedian. She currently works as a quantitative engineer at Facebook London, where she builds data driven tools and models, and performs in depth analysis to drive the expansion and optimize the operation of Facebook last-mile network. She holds a PhD and Masters in ICT Engineering from Institut Polytechnique de Paris in France. In her spare time, Ghida built Rafiqi, a platform that leverages artificial intelligence for connecting refugees to opportunities, that has been recognized by TechCrunch as one of the most innovative new projects . She was appointed for two terms as a member of the World Economic Forum (WEF) Global Future Councils on (quantum) computing. She is a member of the WEF Global Shaper

Kierann is a physicist and has been awarded a doctorate in nanotechnology. Kierann leads the education and skills development for the UK Space Sector. She is also a member of the Institute of Physics’ Outreach and Public Engagement Advisory Group

Shagufta is an award-winning writer, filmmaker, and workshop facilitator. Described by Gal Dem as a poet whose work ‘leaves you validated but aching – her narratives are important, heart-wrenching and relatable’ She is also Founder of The YoniVerse Poetry Collective and Kiota Bristol. Her poetry collection ‘Jam Is For Girls, Girls Get Jam’ has been recommended by Nikesh Shukla as ‘a social political masterclass.’ Her poetry film 'Borders' has won several awards and has been screened across international film festivals. She currently works in the poetry publishing industry, and is working on her second poetry collection, and a debut novel. The names of the poems: 1. 'jam is for girls, girls get jam' - Dedicated to the poet's sisters and daughter, it is an examination of gender inequality on a global scale 2. 'another version of bravery' - Dedicated the poet's brother and son, inspired by the story of Prophet Adam, the poem explores the state of mental health and masculinity

Dr Sharon Redrobe OBE – CEO of Twycross Zoo. Sharon is an award-winning vet and businesswoman now running the one of the largest ape conservation centres in the world, who is combining the two career paths to save our closest cousins from extinction. Sharon has had a life‐long fascination with wildlife and a belief in the role modern zoos must play in conservation, whilst remaining relevant and supported by the public. In a rapidly changing world, Sharon believes science‐led solutions to saving wildlife whilst engaging the public are essential to the success of a ‘One World’ future. Since appointment as CEO of Twycross Zoo in 2013, Sharon invigorated this traditional business by positioning as a conversation charity that runs a zoo and launching an ambitious 20-year £55M development plan. The Twycross Zoo 20-year vision as an International Centre of Excellence for ape conservation and science is well on the way .

Dr Shola is a renowned lawyer, Founder of Women in Leadership Publication; Political and Women's rights activist. Her areas of expertise include the financial services industry, publication, public speaker and political commentator. Dr Shola Mos-Shogbamimu is a New York Attorney and Solicitor of England & Wales with broad expertise in the financial services industry, an author, public speaker and political commentator featured in mainstream and online media. A political & women’s rights activist, she also teaches intersectional feminism to female refugees and asylum seekers; scrutinizes government policies from a gender and diversity inclusion perspective; and co-organises women's marches and social campaigns. She founded the Women in Leadership publication as a platform to drive positive change on issues that impact women globally through inspiring personal leadership journeys; and established She@LawTalks to promote women & BAME leadership in the legal profession

Susan is a multi-award-winning journalist, marketeer, and technologist working at the intersection of AI and blockchain on start-ups, non-profits, and NGOs around the world which serve the UN's Sustainable Development Goals. She is – Founder & CEO of MKR AI, Co-Chair of Blockchain For Impact UN General Assembly . 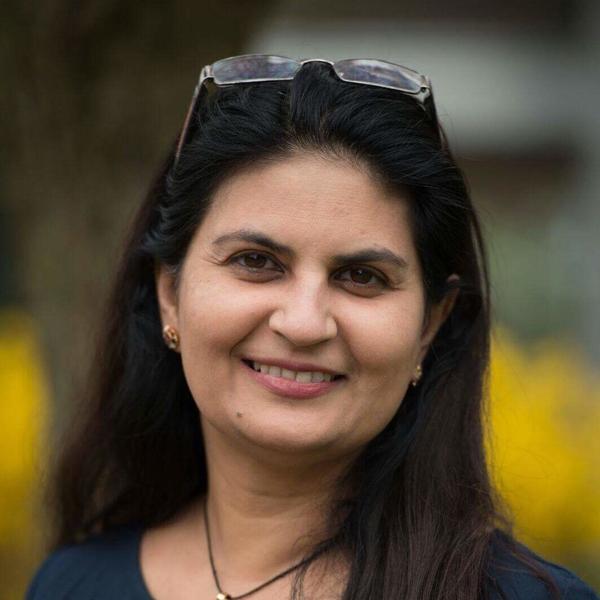 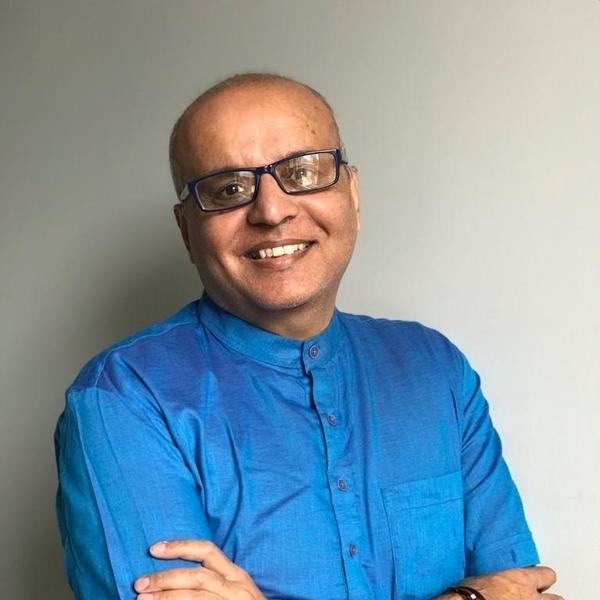