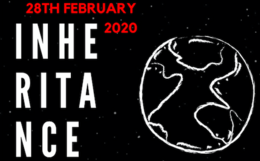 This year's theme is "Inheritance" with the goal of expanding every guests' perception of what inheritance truly entails. Not only to ignite a conversation in what legacies the past has left for us, but also to encourage a mindset of challenging the status quo for what we leave behind for future generations.

Boomer Anderson is a health optimization practitioner on a mission to elevate the human experience through health. After graduating from university, Boomer had a successful career in investment banking in New York and Singapore. However, an unpredicted health scare sent Boomer on a different path. From the experience, Boomer started a successful clinical practice for entrepreneurs and executives looking to increase performance by optimizing health. He became the host of the Decoding Superhuman podcast and serves as the Head of Health Optimization Practice in Europe for the HOMe/HOPe Association, a non-profit organization. A percentage of profit made from Boomer’s podcast and consulting activities are used to furthering scientific research and education.

After studying the effects of the environmental stress in the plasticity of the brain, and the interplay between the immune system and fungi in the context of fungal infections in Spain, Dr. Domínguez moved to Nijmegen, where he studies the interactions between pathogens and the human host. His lines of research focus on the metabolic and epigenetic mechanisms behind the induction of immunity and the application of this knowledge to create a new generation of vaccines. He also studies the historic influence of pathogens on human evolution, the mechanisms by which immunity is transmitted to our progeny, and the consequences that space travel will have for the interactions between pathogens and humans.

Voted “One of the Top 10 Most Influential Global Thinkers” by HR Magazine, and “One of the 50 Most Influential Thinkers of Our Time” by Executive Excellence, Paul is best known as the creator of Adversity Quotient® (AQ®) and GRIT®, the world’s gold standards for measuring and growing how people respond to adversity, and achieve their most worthy, difficult, long-term goals. AQ and GRIT have been chosen as global best practices at Harvard Business School, MIT’s and Princeton’s entrepreneurship programs, Carnegie Mellon’s global leaders program, INSEAD (and more), where he has been guest faculty. AQ and GRIT have been used to equip more than 1M leaders, worldwide. Paul is the #1 bestselling author of five books printed in 17 languages, has been featured in much of the world’s top media, and is the Founder and CEO of PEAK Learning, Inc. (est. 1987), a global research firm—equipping leaders and their people in 137 countries—with partners spanning five continents, and all sectors.

As an award-winning professor in the College of Business at Cal Poly, “Dr. B” has been developing Transformational Leaders of Tomorrow - students landing the top jobs with the greatest impact - for 30 years. Ronda is the first recipient of the National Education Association’s “Art of Teaching” award, “Professor of the Year” at three institutions, and was awarded 2018 “Fitness Idol” by the national council on health and fitness (twice a week, Ronda pummels a group of 20 male leaders through a gruelling crack-of-dawn boot camp, giving them the verve they need to change the world). She has been a pivotal creative force for PEAK for 29 years. Ronda has authored multiple books, including "You’re Only Young Twice" and "Little Miss Merit Badge". Ronda is also the Founder and Executive Director of the Dreamakers SLO Foundation, a 501c3 dedicated to fulfilling otherwise impossible final wishes for terminally ill adults and transforming their end of life experience.

Hans Gerdes grew up next to a steel plant and was always fascinated by technology. He graduated from the University of Technology Berlin 1991 in Industrial Engineering, with a focus on chemical engineering. He complemented his studies through a scholarship to the UBC in Vancouver, Canada, in Business Administration. Hans Gerdes joined Shell in 1991, first in Chemicals, later in downstream oil, where he performed roles in sales and marketing in Germany. Afterwards, he spent 4 years each in East Africa and in Hungary, leading regional businesses before returning to Hamburg, Germany, from where he headed Global Technical Services. In 2009 Hans moved to The Hague as Director of Purchasing. In his last role at Shell, he led the introduction of a new generation of hydraulic oils into the market as Global Marketing Manager Industry. Since 2018 Hans leads a start-up in the field of speciality chemicals.

Isaiah is a 22-year-old International creative business student born and raised in The Hague, who recently started a podcast that discusses taboos. She created her own podcast where she talks about different sorts of topics that students have to deal with every day. In her own words "Something that always fascinated me were the topics that no one dared to address. In different areas of my life, such as religion, family, culture and education, I started to notice that there is always an elephant in the room. This brought me to the point where I felt like our society would only become damaged under such behavior and needed to open more discussions about certain topics". Something that started as a school project, turned into a concept that grew on Isaiah personally. With this platform, she hopes to open people’s eyes and create a space where taboos are being eliminated and we can break through boundaries of our habituated mindset.

Passionate about entrepreneurship and creating solutions since a young age, Justin Warambourg launched his first company, Starter Kit, at an age of 17 with the goal to drastically improve the living experience of exchange students during their stay. He founded this company with two other students during his first semester at Hotelschool The Hague and quickly they were able to offer their solutions to hundreds of students every semester. Last year, baffled by the amount of waste generated by students moving in and out, Justin designed an upcycling process aimed at disrupting the way we consider and treat wastes. In 2020, his company Starter Kit will be helping thousands of students and save tons of bedding across the Netherlands.

Through his podcast "Hospitality Unsettled", a radio program and foundation Thom has sought out to create meaningful collaboration between different generations. Encouraging the experienced to guide the energy of the inexperienced and leveraging their motivation and passion for creating significant change in the world around them. To do so, he sought out to change the current recruitment and selection process to build longevity and create meaningful long term professional working relationships. Or as Thom put's it "I realised that finding a partner was a lot more fun then finding my next employer and I asked myself why." 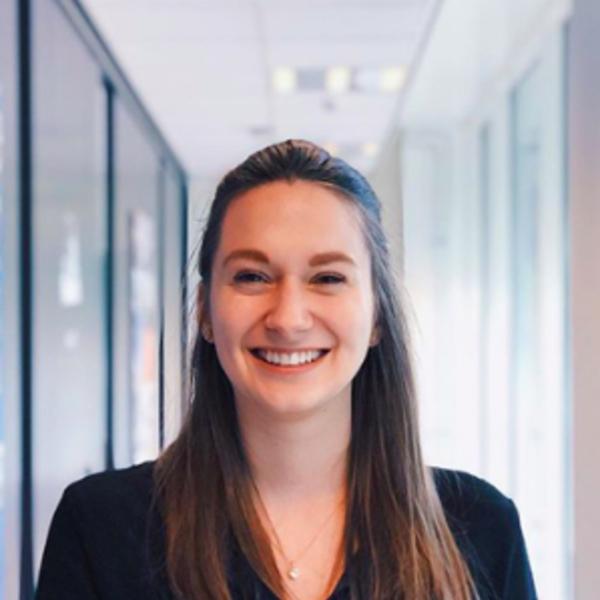