Ann Nocenti is an American journalist, writer, teacher, editor, and filmmaker. She is best known for her work as a writer for Marvel, DC, and Dark Horse Comics. She created the Marvel Comics characters Longshot, Spiral, Mojo, Typhoid Mary, Blackheart and more. Her falcon tale, The Most Expensive Road Trip in the World, appears in Anthony Bourdain’s Best Travel Writing 2008. She is currently writing the hit-comic The Seeds.

Cedric and Monique have been together for 8-years, 2 jobs, a successful start-up on the side, and only beautiful projects in sight. But what happens when life decides otherwise and when the unexpected and still unexplained comes shatter what they built, challenge who they are and their place in society. 2-years ago, Monique suffered a severe traumatic brain injury which put her life on the line and changed her forever. Their story pushes us to reflect on identity, love and relationships.

Claire Jedrek is Singapore’s only female race car driver, winning her 1st podium at the Malaysian F1 support race, the Malaysian Championship Series, competing from 2013 to 2016. In 2017 she made a decision to take a break from racing to start a family and gave birth to a son in January 2018. Soon after, July 2018 she completed her first come back race at the Bangsaen Grand Prix, Thailand, a notorious street circuit. She gives birth to her daughter in July 2019 and is currently planning her second comeback race only three months after birth.

Dorothy Marie Metcalf-Lindenburger is a former American astronaut. While teaching high school science, a student asked Dottie, “How do astronauts go to the bathroom in space?” That random inquiry led to becoming an astronaut and—ultimately—to space as the flight engineer on Shuttle Mission STS-131, an April 2010 Space Shuttle mission to the International Space Station. She’s since commanded the NASA Extreme Environment Mission Operations (NEEMO), and is now a consulting geologist and internationally known speaker based in Seattle, WA.

Hillary Yip is the 14-year-old founder and CEO of MinorMynas, which aims to build a global kids community on the safest online platform possible. Hillary has been invited to share her journey at different venues since 10. Most recently, she has presented at events organised by Microsoft and Apple. Her story of being a visionary young entrepreneur has been widely featured by local and international media outlets resulting in MinorMynas amassing global users.

Jack was told to stop working hard by his fifth grade teacher because the government would take care of blind people like him. Not deterred, Jack graduated college from Harvard with honors and Berkeley with a masters in computer science. He served as an engineer for a startup while attending law school at night, obtaining 40 patents for his inventions. He worked as a lawyer for several law firms and most recently serves as Product Counsel for Google.

Jackson Aw is a Forbes 30 under 30 honouree and founder of Singapore-based Mighty Jaxx, a technology driven brand platform that develops a wide range of collectibles with world class artists like James Jean, Ron English, Banksy as well as brand partners such as Warner Brothers, DC Comics and Fox Entertainment. Mighty Jaxx have developed over 500 products with collectors in over 50 countries.

As the Principal Conductor of the Yong Siew Toh Conservatory Orchestra, and former Associate Conductor of the Singapore Symphony Orchestra and Hong Kong Sinfonietta, Jason has been a prominent figure in Singapore’s musical life since his arrival in 2010. He has also guest conducted orchestras internationally, and with his strong passion and commitment to education he has spearheaded many outreach concerts and taught students all around the world.

Associate Professor at the NUS School of Computing

Keith Carter’s mission is to “Help businesses, governments, and people succeed with Actionable Intelligence”, which is also the title of his Amazon Bestseller. Keith is a Professor of Computing, a leader of executive education and Co-Director of the CRYSTAL Center, a fintech think-tank preparing students and workforce with innovative thinking and get them ready for data driven decision making, by maturing from integrating data - to visualization - to prediction. In 2019 his focus is on the ABCDs of the new economy, AI, Blockchain, Cloud and Data.

Masashi Kawamura is the Chief Creative Offier and Co-Founder of Whatever Inc., and the former CEO and Co-Founder of PARTY. He continues to explore creativity in variety of fields including advertising, music videos, product design, and digital installations, and has been chosen as one of the Creativity magazine’s "Creative 50," and Fast Company’s “100 most creative people in business”.

In 2017, a two-second fall changed Monique Ong's life forever. Waking up from a coma weeks later with no memory of her accident, Monique had to fight her way back from the edge of death while wrestling with changes in herself, her life, and her relationship. Once a globe-trotting corporate superstar chasing big dreams, Monique was faced with the toughest question of all: who are you when all of this is taken away? Monique and her husband Cedric share their journey and their reflections on identity, love, and brush with death.

Nicola Eliot is the regional Director for BBC World News commercial creative team ‘BBC StoryWorks’. She studied marketing and business from St Andrews and Edinburgh universities, and married her education with her love of content and production 12 years ago when she began connecting beautiful stories with brand messaging with Imagine Group, bringing maximum value to the audience as well as the brand. These productions went across TV and digital regionally, and were nominated for awards such as an International Emmy. The BBC StoryWorks team provides a full creative service, with end to end ideation, innovation, strategy, and production for brands such as Huawei, Standard Chartered, Alibaba, Microsoft, IBM and many more.

At the turn of the millennium, Paige and her husband Jim Rogers spent three years driving around the world, ultimately gaining a Guinness World Record. Paige’s best-selling book Don’t Call Me Mrs. Rogers details the epic circumnavigation, as well as her own personal evolution. Paige is a patron, board member and fundraiser for numerous organisations, including the Singapore Committee for UN Women, Singapore Symphony Orchestra, National Gallery of Singapore, and Singapore Dance Theatre

“Peter has represented Singapore in numerous global cocktail competition including Diageo World Class 2014, Bacardi Legacy 2015 and most recently, the biennial Diplomático World Tournament 2017. He is currently the head bartender for Junior and the brand ambassador for Diplomático Rum in Asia.”

Prerna Suri is an award-winning former war correspondent whose work has focused on shining a light on the most underrepresented people in South Asia. At her roles at Al Jazeera English and at the BBC, she has covered development and human rights issues as well as politics and regional conflicts. Prerna has reported from tough regions like the refugee camps in Nyala Darfur and has covered defining historical moments like the Syrian refugee crisis and various elections throughout Asia.

Standa Vecera is currently the Vice President of P&G Japan, having taken over the post in 2015. Standa started his career in P&G more than 25 years ago, in the Sales division of his home country Czech Republic. After successfully leading P&G expansion into African markets, for the past 4 years he has been growing P&G’s business in the challenging Japan market with flat-to declining categories and with aging population. His strong belief is “Happy people sell more cases” through his diverse cultural and organizational 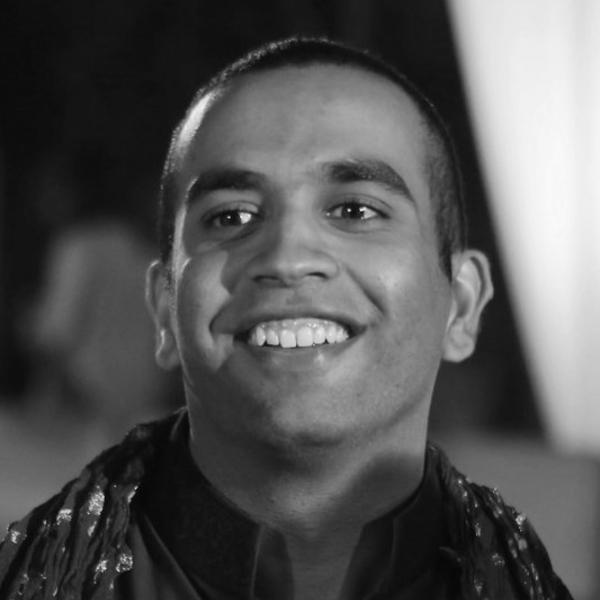