Theme: Can you hear us now? 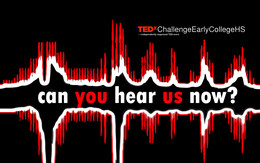 Our annual TEDx event is back! Giving a voice to youth has been a passion of TEDxChallengeEarlyCollegeHS for the past five years and at Challenge Early College High School for the past 17 years and our event is continuing with another group of young, eager and dynamic speakers who have something to say!

Alyssa is a goal-oriented student who has a clear plan of what she wants to do and how she's going to get there - she wants to work in the field of journalism. As a budding journalist she learned one of many valuable life lessons: the importance of networking. She takes the stage to tell her networking story and accentuates why many of her peers should learn more about this topic for their own futures.

Angel is a senior at Challenge Early College High School and as most of her peers at this highly competitive, Angel is no stranger to stress. Unlike many of her peers however, Angel decided to combat her stress, and in turn, helped her peers with strategies she found worked for herself. Now she goes to the TEDx stage to share those ideas with the world.

Brigitte is a student who delves deeply into work - and sometimes finds herself drowning in it. In fact, Brigitte works and responds passionately to many situations she faces and that, can be overwhelming. Mixing in the pressures of senior year with the pandemic and all of the social limitations associated with that - Brigitte sought a coping mechanism and found familiarity with a prior coping system she used - so she sought out to see if it worked for others as well - she will share her results on the stage.

Bryan is a young man who has a true passion for makeup. While many people around him support him in his passion - he's seen the negative responses to boys who wear makeup. He takes the stage to address what he's seen and to show why he still pursues his passion.

David, like many of his peers, is passionate about sports - but recently he has looked into the social issues surrounding major sporting events, especially of his favorite sport (soccer). David wants to come to the TEDx stage to challenge his peers who love sports to look at it through multiple lenses which he hopes will lead to some social changes with the leagues themselves.

The City of Houston is a diverse combination of urban and suburban communities. Jada resides in one of the urban areas and has found a correlation between the neighborhood a person grows up in and what their journey may be - she comes to the stage to share that insight with all of us.

Nicole is a student who conducted a year-long study her senior year looking at the myths and shortcomings in understanding of HIV in people her age. After discovering the problem, she looked at which communication forms would help spread proper information. She takes the stage to share her discoveries.

Viridiana is a passionate and upbeat student who has an issue that most of her teachers and peers are unaware of: she has Vitiligo - while many people have this affliction - there seems to be many misunderstandings about it, which she's experienced through questions and responses she's gotten from those around her. Viridiana takes the stage to explain what it is and why it doesn't make her different than anyone else. 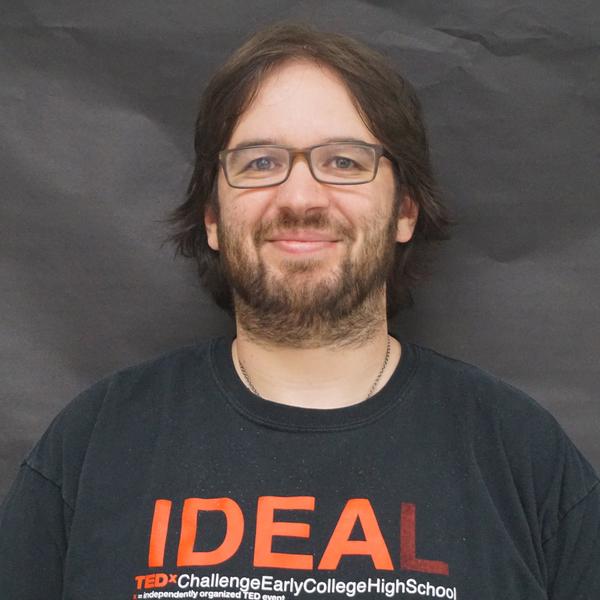