In the first year of her college life, Alina Alam started a non- profit organization to create a social impact through outreach activities, called the Students for Social Reform initiative. She made sure her organization put up community-built and community-led learning centers. By the final year, she also founded a restaurant by the name MITTI cafe managed and staffed by specially-abled people, that she calls warriors. Alina Alam is a woman who tries to create tangible and visible models to change the perception of and towards people of backward backgrounds. She has also earned many awards including the “Role model supporter of increased employment opportunities for disabled people” under the NCPEDP - Mindtree Helen Keller Awards 2019 and also the TIMES She unLTD. Awards.

Ananya Khaitan is a freelance designer driven to use his skills to create moving content about issues like child rape, drug addiction, and mental health. This 26-year-old, NID graduate has been mentioned in Forbes India’s 2019 Edition of 30 Under 30 and has bagged several laurels for his exemplary work, including the 2019 D&AD Next Designer Award, the CII Design Excellence Award, seven Kyoorius Design Awards, and the 2019 Art Director’s Club Merit Award. Ananya was also consulted by the Supreme Court Justice-led committee on design guidelines for privacy policy documents. He has spoken at international conferences, including the 2019 International Conference on Typography and Visual Communication, held in Patras, Greece. This design pundit also has a flair for poetry.

A strong believer in the traditional wisdom offered by Indian culture, Anupama Hoskere founded Dhaatu, a non-profit organization focusing on disseminating traditional wisdom, lessons, and values, especially to young minds. Mrs. Hoskere is trained in the traditional puppetry of Karnataka. She creates the puppets, scripts and directs her puppet shows. With an engineering degree from BMS and a Master's degree from Cal State University, she now applies engineering principles in designing her own puppets. She is also a performing Bharathanatyam artist and member of the Karnataka Sangeeta Nrutya Academy. Last year she received the prestigious Sangeet Nataka Akademi Award.

Team Avishkar Hyperloop is a team of students from IIT Madras, one of the most eminent technological institutes of the country. This team consisting of designers, engineers and entrepreneurs have come together with a common goal of putting India at the forefront of deeptech at a global level. Since its inception in September 2017, the team has been working together at IIT Madras’ Centre For Innovation(CFI) to demonstrate the technical viability and economic feasibility of Hyperloop as a new mode of transportation. They were shortlisted globally as one of the Top 21 teams among more than 1500+ teams participating for the finals of SpaceX Hyperloop Pod Competition'19. They were the only team from Asia to have been able to achieve this feat. The presentation was attended by SpaceX CEO Elon Musk and other top executives of the company. Their work earned rave reviews from the judges of the competition and have sparked an interest in the development of Hyperloop technology in India.

Bandeep Singh is the group photo editor of the India Today group and a reputed editorial photographer, whose iconic images have been published in TIME Fortune, The New York Times, Business Week and Business Today. He is well known for his dramatic portraits and is also a name to reckon within the fine art photography space. In 2004, he received the Charles Wallace India Trust Award in Photography. In 2018 his images won the Gold Award for India Today at the WAN IFRA Asia Media Awards. His works are in the permanent collection of Essl Museum of Contemporary Art, Vienna, The Nirankari Museum of Faith, New Delhi and in several private collections in India and abroad.

Lieutenant Gaurav Hore is a commissioned army officer in the infantry of the Singapore armed forces. He stands by the life lessons and values established during his army days. The rigorous training he underwent was the ultimate test of endurance. Currently pursuing a B. Tech in Civil Engineering at NITK Surathkal, the 21-year-old is a passionate athlete, his favourite sport being running. Apart from that, he is a natural artist and musician, constantly exploring new genres of art. Enlisting into the army at the age of 17 gave him a broader and clearer perspective of life. As an officer, Gaurav has trained 3 batches of recruits during his service prior to joining college. TEDx is about local ideas and giving voice to those in the community. TEDxNITKSurathkal is proud to host Lt. Gaurav as it's first-ever speaker from the community.

Gopi Shankar Madurai is an equal rights activist, Intersex Representative (elected) & Executive Board Member of the International Lesbian Gay Bisexual Transgender and Intersex Association. Gopi is also the founder of Srishti Madurai LGBTQIA+ Student Volunteer Movement. Gopi's work inspired the Madras High Court Judgment to ban sex selective surgeries on infants born with Intersex traits. Ze is also the youngest and first Intersex & Genderqueer person to contest in Indian state assembly elections and is also the recipient of the Commonwealth Nations Youth Worker Award. Ze is one of the founding members of the Intersex Asia forum based in Bangkok.

Padmavati Rao is an Indian film Actress, who began her career in the Kannada movie industry. She has worked in popular movies like Ondanondu Kaaladalli, Geetha in Kannada and Hindi films: Pardes, Te3n, Padmaavat, Tanhaji: The Unsung Warrior. Recently she has worked in Tamil, Marathi and Malayalam cinema too. Her solo show titled Kitchen Poems won critical acclaim. For the last four decades she has been involved in theatre, film, and television, a career marked with projects like Malgudi Days where her contribution was both before and behind the camera. In the last fifteen years, workshops across India and abroad, theatre and films for children, storytelling and puppetry, as well as making films for NGOs have shaped her career. Currently, she is taking her work in natural farming, arts, and crafts to rural Karnataka for a start.

Rajesh Babu is the Co-Rajesh Babu is the Co-Founder of the NGO, Swachha eco-solutions. Swachha eco-solutions turns plastic waste into recyclable tiles, pipes and more. Along with recycling plastic, Swachha Eco Solutions provides solar-powered products, water, and waste management services and a number of green alternatives. Through blogs and "Do It Yourself" videos, the NGO encourages participation from the general public. This NGO has recently bagged the Namma Bengaluru Award. Rajesh has a demonstrated history of working in the environmental services industry. He is a Strong entrepreneurship professional skilled in Start-up Environment, Sustainable Development, Enterprise Software, Entrepreneurship, and Sustainable Business. hostels.

Before setting up her own practice Rosie Paul was the Head Architect at the Auroville Earth Institute, UNESCO Chair Earthen Architecture. With a penchant for energy-efficient buildings, she specializes in earth technology and cost-effective design. She has been involved with several projects executed using earth technologies both locally and internationally. Along with managing projects at Mason’s Ink, she is an earth consultant to select Non-Profit Organisations in the country. Specialized in Earth technology, Cost-effective design, and Sustainable habitats and has a post-master degree in Earthen Architecture, local building cultures and sustainable habitat from CRA terre, France, UNESCO Chair Earthen Architecture.

Samyuktha Hegde is an actress and a professional dancer. Her debut performance in the Kannada movie “Kirik Party” won her widespread acclaim. She received the Filmfare Award South for Best Supporting Actress and also a SIIMA Award nomination for Best Debutant – Female for her role in the film. Her other prominent works include Watchman, Comali, Puppy and a series of upcoming films spanning the Kannada, Telugu and Tamil film industries.

Sunil Rayana, the cofounder of the renowned 'SlumGods', is a passionate individual whose initiative brought happiness and direction to the children of Dharavi. Hailing from Mumbai, 'SlumGods' is a hip hop crew as well as a Tours and Travel Agency conducting Mumbai City Tours and Slum Tours. What initially started as mere practice sessions for a group of 4 started gaining interest from localities and eventually grew into the 'Dharavi project', a dance school based in Dharavi in 2016. Mr. Rayana is a dynamic personality with a zeal to achieve excellence, he aims to eliminate the stereotype hovering over the rural area. His determination drives him to never stop trying in-spite of the odds. The tours and travels are run by the slum, and a part of the profit is given back to the community. 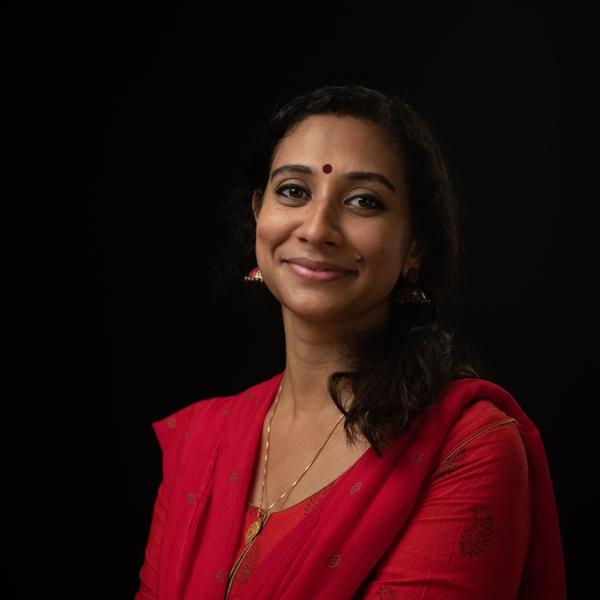 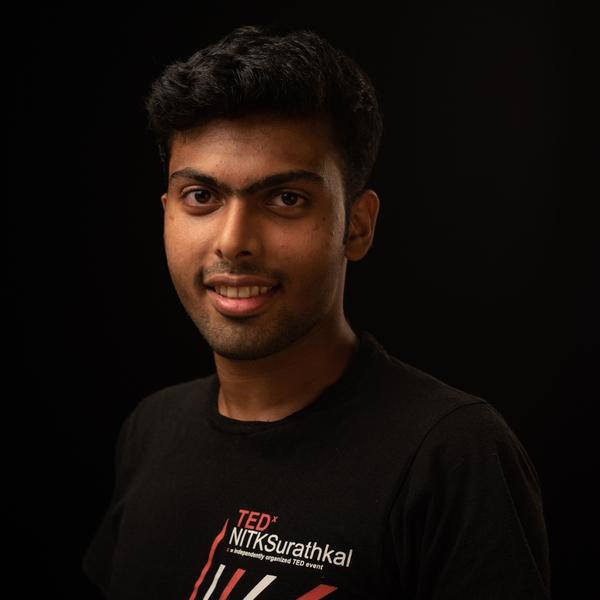