Akbar Nasir khan is currently working as Chief Operating Officer at Punjab Safe Cites Authority in Lahore. He holds an MPA from Harvard Kennedy School, LLM from University of London and Civil Engineering from University of Engineering and Technology Lahore. He has worked in the area of national policy development and implementation in various fields. In his international career, Mr. Nasir Khan was seconded to the United Nation’s Peacekeeping missions in Kosovo and then in Sudan. His research was published on a variety of subjects including voice and accountability, rule of law and governance issues. He has been working with UNDP, UNODC, UNWOMEN and other agencies before working with at PSCA Government of the Punjab. He contributes for various magazines and newspapers on variety of subjects related to security and public policy, his latest creative pursuit includes production of an Urdu Feature Film " Daal Chaawal".

Dr Anis ur Rahman is a consultant Oral Surgeon whose true passion lies in species conservation and nature development, for which he won the WWF Living Planet Award in 2013. He is the founding member of the Himalayan Wildlife Foundation (HWF). His achievements in conservation include the Himalayan Brown Bear Project, establishment of the Deosai National Park and the Musk Deer National Park in Neelum Valley, helming the restoration of the eighteenth-century Ramkot Fort near Mangla, and supporting the Margalla Hills National Park to name a few. Currently he is serving as the Chief Executive Officer of the Himalayan Wildlife Foundation and as Chairman, Islamabad Wildlife Management Board.

Maarya began her career in libraries over 18 years ago, developing stock, information services, and programmes for public libraries across London. In 2015, she moved to Pakistan to open two libraries for the British Council, in the cities of Lahore and Karachi, as well as a nationwide Digital library. The British Council libraries in Pakistan aim to bring the best of UK culture and library provision to a new audience in Pakistan. Maarya studied Social and Political Sciences at the University of Cambridge.

Dr. Mehr Nigar has a Masters in Physical Chemistry and a PhD in Polymer Science and Engineering from Case Western Reserve university in the USA. She worked as a senior chemist at the Strongsville research center, ICI Paints North America, before returning to Pakistan. Since then she has been teaching at both undergraduate and post graduate levels, first at NUST and now at Air University since 2007. Dr. Nigar developed a keen interest in finding solutions to the issue of plastics waste management in Pakistan. She has been working on issues related to plastics waste and solid waste management in general for more than a decade now. In this regard she regularly interacts with all the stakeholders, which include, manufacturers, environmentalists and local and international experts in the area. She is a strong proponent of finding local solutions for local problems.

Naheed worked as an educationist for 18+ years, where she was involved in setting up a school from scratch for underprivileged kids in a village to developing its curriculum, before she focused her energies towards environment and sustainability. After years of candle making, Naheed launched an innovative initiative ‘Bees Knees’, which is a practical alternate to single-use plastic and a key step towards saving our planet. Born and raised in Pakistan, Naheed feels passionately about a sustainable and clean future for Pakistan

Shorbanoor is a Lahore-based singer-songwriter and a performance art educator in the IB system. He writes about love and death, and enjoys experimenting with the conventional music performance format. He was the singer-songwriter of the local indie band Poor Rich Boy, which is one of the pioneers of the indie/art rock scene in Pakistan. Shehzad has toured extensively within Pakistan & abroad in the US and now performs as Shorbanoor. To date, Shehzad has released an EP called Panic Sleep & an album Sulphur Man. His most recent releases include a single titled Snails in collaboration with RTF Studio & Big Ol' Deities ft Ali Suhail. Since 2018, he's also signed with rearts records & his music is available on all major streaming platforms worldwide

Usman T. Malik is a Pakistani writer and medical doctor who spends his life between Orlando and Lahore. His short fiction has been reprinted in several Best of the Year anthologies including the Best American Science Fiction & Fantasy Series (Houghton Mifflin Harcourt) and has been nominated for the Locus Award, the World Fantasy Award, the StorySouth Million Writers Award, and twice for the Nebula Award. In 2015 he became the first Pakistani to win the Bram Stoker Award and the following year the first South Asian to win the British Fantasy Award for Best Novella of the Year. Along with Tehseen Baweja he founded The Salam Award for Imaginative Fiction, which is in its 3rd year.

Uzair Zaheer Khan is the Writer, Director and Producer of Allahyar and the Legend of Markhor, a Pakistani animated feature film with a wildlife conservation theme. Uzair specialized in character animation and visual effects from Vancouver Film School and went on to become the Series Director and Head of Production of the multi-award winning animated series Burka Avenger. Uzair has an experience of over 20 years in the Pakistani animation industry, and has worked on numerous international projects like Discovery – Next World, Scion Deviants and UPS cardboard world etc. His work has received a children’s Emmy nomination and has won multiple international awards like the Peabody Award for broadcast excellence, Rising Star Award for Animation and the prestigious Monolith Award, amongst others. 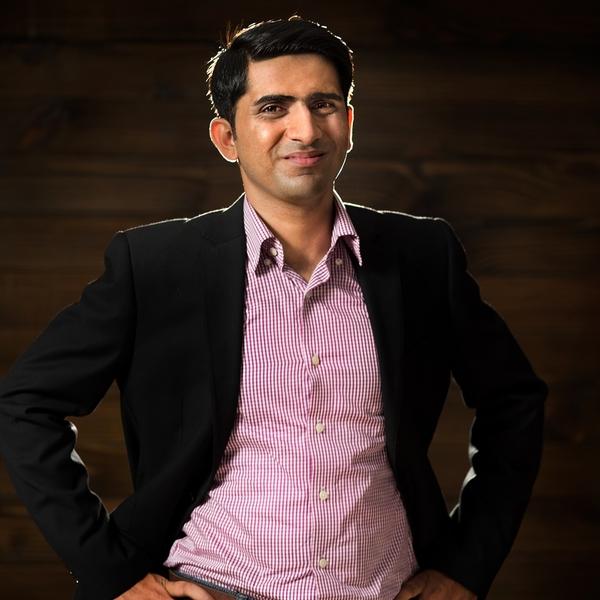