Themed under the tagline ‘Connecting Dots,’ TEDxKathmanduUniversity is an independently organized, completely non-profit TED event scheduled for December 23, 2019, in the central campus premises, Kathmandu University at Dhulikhel, Kavrepalanchok. TEDxKathmanduUniversity encompasses a handful of ideas to be delivered to the curious souls. The event aims to impart the ideas circling around the following purviews: research ideas and methodologies; perks of being multidisciplinary; the importance of technology, computation and networking; and individual agency.

Steve Jobs once said: “You can’t connect the dots looking forward; you can only connect them looking backwards. So you have to trust that the dots will somehow connect in your future. You have to trust in something – your gut, destiny, life, karma, whatever. Because believing that the dots will connect down the road will give you the confidence to follow your heart even when it leads you off the well worn path; and that will make all the difference.”

Tara Bhusan Dahal, more commonly known as Bhusan Dahal, is a notable media personality of Nepal. In 1988, he stepped into the world of television and anchored the hit show, The Sunday Pop, on Nepal Television. By the time he initiated Disa Nirdesh, he had already gained popularity, and since 2003, he has been the host for Fireside, a current-affairs talk program aired on Kantipur Television. Mr. Dahal – also a distinguished video director – was highly applauded for Kagbeni, his debut film. He was the first executive producer for Image Channel, and the executive director of Dibyadristi, his television production venture. A versatile man, Mr. Dahal is currently working as the AGM of Kantipur Television. Bhusan Dahal, a Budhanilkantha School graduate with a science background, now brings with him the three decades of innumerous experiences in television and video industry. His ongoing directorial film Brihasu has already spawned waves of curiosity in the media industry.

Dr. Bal Chandra Luitel is a professor and transformative education researcher at Kathmandu University School of Education. Prof. Luitel’s expertise lies in employing multi-paradigmatic research designs portraying the problem of culturally decontextualized mathematics and science education. His academic endeavors touch upon developing curricular and pedagogical visions that enable their own students to become critical, reflective, empathic, communicative, and creative learners. An STEAM Education Expert, Prof. Luitel has been working with a number of Nepali teachers and teacher educators who examine their lived experiences as students, teachers and teacher educators. He is also a Lead Researcher and Project Coordinator for ‘Rupantaran' in association with NORAD, Norway. His teaching and research have been guided by the ideals of transformative education, a tradition that has manifold connections with the Eastern and Western intellectual and Wisdom traditions.

Dr. Biraj Man Karmacharya is an Associate Professor at the Department of Public Health at Dhulikhel Hospital, Kathmandu University School of Medical Sciences. Having founded the Department of Community Programs, he has also been leading it since 2006, involving himself deeply in developing and setting up innovative community-based health and integrated development endeavors in rural Nepal. A PhD in Public Health (Epidemiology), Dr. Karmacharya is passionate about creating innovative models of health care delivery in resource-limited settings. He firmly believes that unleashing the strength of communities is one of the keys to the advancement of health care, especially in the said settings.

Dr. Lochan Rijal is an ethnomusicologist, a multi-instrumentalist singer, songwriter and currently the Associate Professor and Head of Kathmandu University’s Department of Music. His work in the last decade has revolutionized the musical scene in Nepal, opening up a myriad of new possibilities of contemporary sound by amalgamating the obscure and often forgotten local instruments of Nepal to produce unique sound combinations in mainstream music. His compositions have won numerous awards and his music and scholarly work critical acclaim across the world. His passion for music led him to travel across Nepal learning about different musical styles and instruments of the many ethnic groups. In his latest album, kaancho aawaj (English translation: raw sound), he searches for new musical dimensions using poetry as a form of expression to promote inclusion for progressive social change. Dr. Rijal is a musical paragon who turned his passion into profession.

Dr.-Ing. Ramesh Kumar Maskey is a professor of Civil Engineering with specialization in Hydraulic Engineering, Hydropower, and Renewable Energy Technology. He has recently been nominated as an Academician of Nepal Academy of Science and Technology. With more than thirty-two years of professional experience in different organizations, his research, development and consulting (RDC) interests cover a wide range of subjects in the field of Civil, Mechanical, and Electrical Engineering. In addition, Prof. Maskey is currently the President of Nepal German Academic Association; President of Goethe Center for Cooperation Partners; Research Ambassador of German Academic Exchange Service (DAAD), Germany; Executive Council Member of UNESCO-NATCOM (National Committee); and the Coordinator of the UNESCO–Science Committee.

Ms. Shrinkhala Khatiwada is a multifaceted public figure from Nepal. She is a founder of two non-profit organizations – Vriksha and One Home Foundation – emphasizing healthcare, education, and climate change. An architect by profession, she runs an architectural design and construction firm, brand-named as ‘Shrinkhala Designs.’ She has been appointed the Goodwill Ambassador for fostering Nepal-France relations. In addition, she currently endorses a multitude of national and international brands representing automobile, education, jewelry, banking, telecom, among others. Ms. Khatiwada, an aspiring ‘architect of the people,’ believes in the power of dreams and comprehends the prominence of giving back to the community. Her benevolent activities comprise of building a health post for the marginalized Chepang community in Makwanpur district, raising prevalent social issues and bringing them into the light of public, and creating identities for the seemingly indiscernible.

A recent engineer-turned-entrepreneur, Mr. Suyam Baidya is the CEO and Cofounder of Green Coins Pvt. Ltd., branded as WALKMAN ‘Green Coins,’ an innovative mobile app-based company. His entrepreneurial interventions appertain to escalating environmental concerns, the hustle and bustle of the cities, and the other side of the sumptuous lifestyle. With over 20 B2B business partners, the Green Coins, his most recent successful app rewards its users for low carbon travelling through green coins that may be exchanged for products and services, thus augmenting the concepts of ‘green economy’ and ‘green commerce.’ In addition, Mr. Baidya is a cofounder and the CEO at Pixel Networks Pvt. Ltd, which deals with the 3D marketing of real estate companies in Nepal. He is also a trained drone pilot and experienced analyst of satellite and aerial imageries. 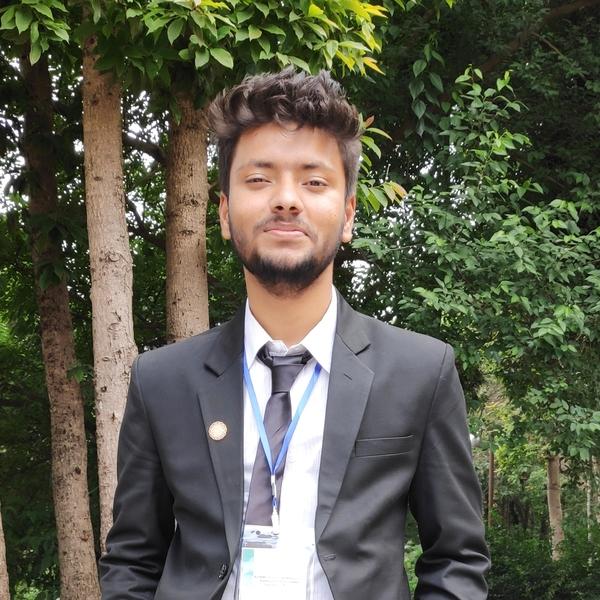