Anjana Vinod - A lady par excellence who adorns a hat with many feathers. She heads the HR Department in a couple of her engagements and is working like a catalyst for over 2 decades in the field of learning and development. Her style, execution and connect with the participants is unmatched for in all her endeavours. Anjana has also been a cancer survivor and coaches many breast cancer patients on creating a positive self-image. Her work has been spread across many different industries and government organizations, to individual’s coaching. She has been a specialized cancer coach for women recovering from breast cancer. Her expertise lies in leadership, execution and team performance coaching.

Mohini Shroff’s journey from working at a pharmaceutical company to the co-founder of the Indian Women Pilots’ Association (IWPA) was not an easy one. From being ridiculed about her interest in this field to managing time between home and attending classes, she is one of the earliest female fliers from the Bombay Flying Club, the oldest flying club in India. After losing her father when she was only 10, Shroff, the youngest of 3 siblings realized the importance of ‘learn while you earn’ and this motivated her to earn a B.A. degree while she worked at Western Railways. A star athlete in college, Shroff participated in various tournaments for badminton and hockey and eventually even represented the Indian Railways Women's Hockey team at National & International levels. In 1959, Shroff began flying as a government scholar and acquired her Private Pilot license in 1965. For Shroff, learning to fly in the early sixties was a challenge in itself. She acquired her Private Pilot license in 1965 and in 1967, Shroff, along with fellow female pilots gathered other women aviators from around the country and founded IWPA. Today, the group has 300+ members and supports the development of women in all professions involving aviation and aerospace. The formation of IWPA is instrument in making aviation became a leader in India’s fight for gender parity.

Equipped with a Ph.D. in Biosciences from IIT Bombay, Dr. Peehu Pardeshi transitioned from the field of biology to public health and disaster management. The co-founder of PEHEL foundation aims to use her background and experience to work towards the betterment of society. Dr. Pardeshi previously worked as a Research Director at Doctors For You, a humanitarian organization that provides medical care to disaster-hit zones across India. Dr. Pardeshi has been a part of various projects like the Tuberculosis control project and Integrated Child Survival Interventions after the 2018 Kerala floods. At present, she is an Assistant Professor at the Jamsetji Tata School of Disaster Studies, Tata Institute of Social Sciences, Mumbai. Dr. Pardeshi also has many felicitations to her name and she is a perfect example of a strong woman who has learnt how to GROW with the flow.

Ganesh Nakhawa who hails from a fishing community in Karanja, Uran, Navi Mumbai started his journey in fishing at the age of 11. He left his job as a financial analyst in Scotland and returned to India in 2011 to take over his father's boats. He took to fishing not just as a livelihood but to educate fisherfolks and the general public on sustainable fishing. His vision is to bring the fishing community together and bring back the loss of traditional livelihood for fisherwomen in the city. Fisherwomen in Mumbai are facing challenges for survival due to many reasons - development along the coast, lack of fisherwomen friendly policies etc. Nakhawa has been working alongside authorities to bring a new fishing harbour in Uran, Navi Mumbai to aid the livelihood of the local fisherwomen. Lack of basic facilities at fishmarkets and a distinct supply chain are some of the areas that he's been working towards addressing. He stresses that the new blue revolution fails to reach individuals and other stakeholders and is working towards creating a farming-like cooperative model for the fishing industry. Ganesh, who is the Chairman of Purse Seine Fishing Welfare Association and also the Director of Karanja Fisheries Society is on a mission to change consumer habits to aid an ocean-friendly lifestyle.

Harish Iyer is the founder of The Jimmy Foundation, an organization that stands for the values of Equality and Justice irrespective of gender, caste, sexuality or species. He is an active voice for a number of causes and is known as one of the most prominent people who moved Supreme Court on section 377 and contributed in winning the historic verdict for all Queer persons in India. He is the only Indian National to be featured on the World Pride Powerlist, a list of 100 most influential people of the LGBTQ community across the world. He has won the Zindagi Live award by CNN IBN for his work with many survivors of child sexual abuse and was honoured with the Energizing Bharat award by Bharat Petroleum for his work with women survivors of sexual violence. In the year 2010, films "I Am" and "Amen" inspired by Harish's life was released. In 2019, Harish was celebrated in a children's book on Queer heroes from across the world, that also featured "Ellen De Generes" , "Havery Milk", "Tim Cook", ”Alan Turing" amongst other heroes. Harish lives with his two children, a feline called Krishna and a canine called Soniya. He is an eternal optimist who believes that he can change the world, one heart at a time.

Yogini, wellness coach, social media influencer - these are just a few words to describe Natasha Noel. Noel has been vocal about her experiences with suicides, rape, abuse, and injuries, and she used these harrowing experiences from her childhood to speak up against the evils and taboos of society, to give women all over India and the world the courage to speak up against their violators. Noel is also one of BBC'S 100 inspirational women of 2019, one amongst only seven from India. She shares videos on self-love, healing, and forgiveness and writes about “unpopular topics” like violence, anger, jealousy, and the female body to educate and inspire her audience. With a strong following of 247k on Instagram and 410k on Youtube, this body-positive influencer’s motive is to uplift human beings and break stereotypes and she achieves this by sharing her healing experiences, workouts, and yoga tips on her social media platforms.

Sabah Khan is an activist whose interests are minority rights with a focus on women. Sabah co-founded Parcham, an organization dedicated to breaking stereotypes and committed to a just world, respectful of diversity. Parcham is best known for introducing the football initiative for adolescent girls in Muslim ghettos. Parcham created history with the first ever reservation by the Municipal Corporation of a sports ground for girls in the country. Parcham’s work, documented in a film ‘Under the Open Sky’ by the School of Media and Cultural Studies, Tata Institute of Social Sciences (TISS) has been screened at multiple venues in India and abroad. Currently, Sabah is a consultant to the Transforming M East Ward Project, TISS, that seeks to create a model of inclusive urban development in one of the poorest municipal wards in Mumbai. She is also a member of the core group of the people’s campaign ‘Hamara Shehar Mumbai’ on the Development Plan of Mumbai 2014-2034. Sabah is also a part of the ‘Muslim Women’s Rights’ Network’, a group advocating the rights of Muslim women and Gender Just laws since its inception in 1999. She was responsible for the formulation of the Progressive Nikahnama, an assertion of the rights of Muslim women.With a post graduate degree in social work from TISS, Sabah has worked for more than two decades with developmental organizations on issues of urban poverty and minority rights. 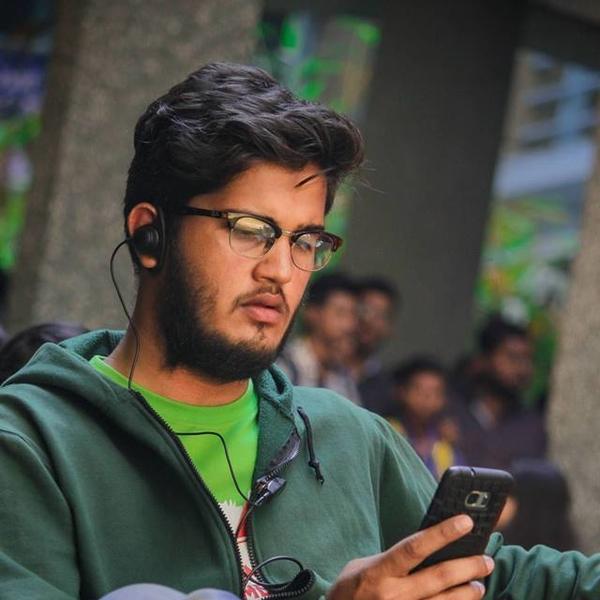