The first TEDx event in Mosul will shed light on youth and their role in Post-ISIS life in the city of Mosul. It will shed light on 5 axes: woman empowerment, entrepreneurship, media humanitarian work, and arts. Through these five axes, the speakers will try to convey the theme of perseverance, suffering, and achievement.

Abdullah Alawhad, 17 years old, school student Going from being kept out from the world, to seeing the world like he has never seen it before, moving from a place to another and ending up eventually in a place where he has never been before with both of his parents thousands of miles away, there comes the obstacles, challenges and learning how to survive at young age.. Going back home to see that his city has aged, his father has changed, along with everyone that he had known, discovering a much bigger issue that was much more important for him than his personal issues, his final words were “ this is not the end of the story, this is just the beginning”

Hajer Al-Ahmed, 26 years old, Ph.D student & writer Talent is an endeavor to obtain self-improvement and reconcile with it. If a person learns to understand himself, his talent and what he loves, he will direct his life according to the professional and social path that he loves and which he discovered in himself. she discovered the talent of creative writing, which paved the way for her to study Arabic literature, and thus presented literary achievements and arrived to win international and local competitions.

Mahmood lost a family member in the liberation battle & became determined to clean his city of the reasons that took his beloved brother. He joined demining organization to help the people of the city. So he wishes that his brother to be the last to die in a mine.

Mohammad Osama Hameed, 26 years old, actor A theatre lover trying to convey a better message about his city through his art. With no REAL theatre in Mosul, he preformed shows using the street as his theatre. Today, he is well known as Mohammad Albakry with his will to success.

Muhannad Al-Katib, 29 years Old, Medical Engineer & Animation movie maker Started designing when he lost his job after 2014 events in Mosul. After 2 years during the liberating operations he made his first 3D movie (The Black Suits). In collaboration with the writer Hussein almost, he produced two successful movies then his first animation movie (The Immortals). In 2019 he signed for an 80 minutes narrative animation movie and produced a short movie called (The Captain) which is nominated for the finals at the UN competition.

Mustafa Riyadh, Teacher & Poet, 27 years old. He faced many difficulties in his life, difficulties carry basic qualities that could have prevented him from being the teacher and poet who he is today. The most important of these obstacles are stuttering and difficulty in speaking, but the family took him to a specialist who treated him. With determination and will, that child, who had difficulty in speaking, was able to overcome this problem. The poet and the teacher based their works on speaking. He had the will and he did.

Oras Jaloo, 36 years old, Master of Accounting Sciences / University of Mosul At the age of two, he got paralyzed as a result of a wrong injection, and after great support from his family, he excelled his study, got the master and married after a love story. his complete conviction that it is not a disability but rather one of the obstacles in life that led him to determination to accomplish his ambition, which is walking in life without feet. Defection lies in the minds of those who cannot move a numb in their lives. Oras is a living example of challenge & resilience.

Qusay Wisam, 35 years old, coordinator at Falcon Eye company for mine-clearing with the UN project. Director assistant at the Australian Mercy Hands organization, working as a volunteer for three years. 20 years ago, a karate book inspired him to be a champion. Then he had the opportunity to train in local clubs, faced many challenges until he became the first player in Mosul, Iraq and reached the ranks of the national team. He represented Iraq in Arab and international championships and international camps.

Raghad Raed Shaker, 29years Old, Electronic Engineer. A women of all, who works on everything she wants despite how much the life can stand against her. An electronic engineer. Has a diploma in English from Arakanas State University. worked as the Head of IT's and media department in "Al firdus" educational institute for nine years. Currently, working on her high studies in the electronic engineering college

Saad Al-Juboori, Dentist & Media man, 39 years Old. He believes that thinking out of the box in a different way, different and weird situations might lead to impressive solutions. When ISIS occupied the city, and 4 million mouths were shut, he decided to speak to help his city, he decided to yell with love against the hate

Salih Mahmood, Electric engineer and entrepreneur. An electrical engineer and founder of Mosul Space worked during his studies at Mosul University to establish the first business incubator in the city of Mosul and has developed it to be a suitable place for manufacturers and youth. Salih also worked with the United Nations Development Program on programs related to entrepreneurship in Iraq, as well as working as a data analyst for technical companies

Shaimaa Al Abasi, 23 years old. After isis war she went with her family to Syria, had a difficult time tacking care of her sick brother who had no friends till an organization asked her to work as a volunteer but she quit the job to got married in order to help her family. When her brother died, she decided to get divorce and work again with children and help those who are in need to bring smile back to them 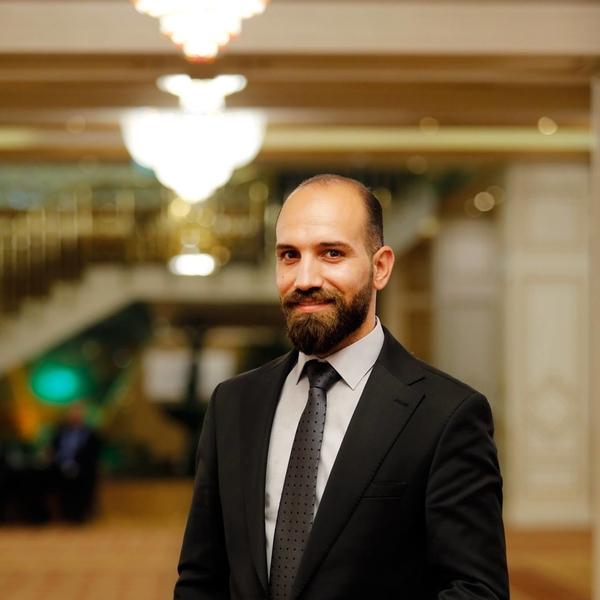