Dr. William Barry is an artificial intelligence (AI) ethicist, leadership consultant, education leader, and futurist. A pioneer in artificial intelligent being interactions and communications, Dr. Barry is the world’s first teacher of a socially advanced AI robot, student and teaching assistant in a university. Today, Dr. Barry and his AI android teaching assistant Maria Bot help people understand that people and machines are smarter together living in the new era of robots and AI. Dr. Barry recently served as a visiting professor of philosophy and ethical reasoning at the United States Military Academy at West Point where he taught normative ethical theories, social and political philosophy, cyberethics, the ethics of AI and ethics of autonomous weapons systems.

GLORIA J. BURGESS, PhD, is CEO and President of Jazz, Inc. A trusted advisor, consultant, and executive coach, she works with nations, organizations, teams, and individuals to align their vision, values, voice, and impact. Her approach is grounded in intercultural competence, appreciative inquiry, and advocacy on tough issues. Gloria works with established and emerging organizations to achieve optimal performance, cultivating cultures that are grounded in authenticity and trust. Her 30+ years of expertise includes strategic visioning, equipping values-centered leaders, developing high-performance boards and teams, mobilizing and leading transformation, intercultural agency, and legacy consciousness.

Jeralee Anderson is the CEO and Co-Founder of Greenroads International, a globally recognized nonprofit organization focused on sustainability education and certification for transportation projects. As CEO, she currently manages the daily operations and oversees all programs for Greenroads. She received her doctorate in sustainability and civil engineering from the University of Washington. Jeralee worked in a variety of structural, geotechnical and construction engineering positions in California after receiving her undergraduate degree from Cal Poly San Luis Obispo. She is a licensed professional engineer in Washington State and California and was recognized in 2013 by the Obama White House as a Transportation Champion of Change for the 21st Century. In 2018, Jeralee was elected to the Redmond City Council and in 2019 was appointed to serve on the Washington State Public Works Board by Governor Jay Inslee.

A lifetime resident of the PNW, Larry gained his compassion calling from his mother and his business acumen from both his father, grandfather as well as plenty of willing mentors. With family values seeded in building community through generosity, a limitless mindset and non-negotiable kindness, Larry’s path would probably not be described as typical. Today, Larry's most valuable time is spent directly serving others including the unsheltered, the addicted, those who lack access to food around the world, and populations that have very limited education funding. Larry has rallied communities to support several major natural disasters and isn’t afraid to hold public officials to their campaign promises. A regular member of Seattle’s Union Gospel Mission Rescue Van, Larry understands why true human connection is the strongest medicine for those who need it most.

Lori Tsugawa Whaley is an author and inspirational speaker on a mission to empower others to reach their God-given potential, no matter their path, heritage, or circumstances. Lori is a third-generation Japanese-American and a descendant of the samurai warrior. Having grown up in a predominately white farming community, Lori struggled with being different. She channeled her unrest into tireless research and curiosity to study and embrace her Japanese heritage. Today, Lori models the Ways of the Samurai Warrior with every story she tells and every move she makes. Without judgment and with a full heart, she lives the principles of honor, courage, rectitude, loyalty, honesty, self-control, and compassion while inspiring others to do the same.

Peter Chee is the founder and CEO of thinkspace which has supported over 600+ startups, small businesses, and non-profits. thinkspace has been named to PSBJ’s Fastest Growing Companies in 2011, 2012 and was named Seattle Business Washington’s 100 Best Companies to Work for 2013. In 2014, Peter launched the Entrepreneur Organization’s Accelerator Program which focuses on helping startups go from $250K to reach $1M in revenue. Peter has made presentations at the University of Washington School of Business, MIT Entrepreneurial Masters Program, Chamber of Commerce, Hackers and Founders, Entrepreneur Conferences, and New Tech Eastside. Prior work experience includes management positions at Paul Allen’s Starwave Corporation; a failed startup that raised $21M and made every mistake in the book; and the Walt Disney Company. Peter has three kids and recharges himself by waking up at 5:05 am every day and exercising as he trains for a marathon or IronMan.

Rev. Judith Laxer believes that humor, beauty and the wonders of nature make life worth living. The founding Priestess of Gaia’s Temple, an inclusive, earth-based ministry in Seattle, Washington, Judith also enjoys a successful private practice as a psychic, spiritual counselor, hypnotherapist, shamanic practitioner and teacher of women’s mysteries. A keynote speaker and author of Along the Wheel of Time: Sacred Stories for Nature Lovers [Ravenswood Publishing], Judith has presented classes and workshops on the re-emergence of the Divine Feminine since 1993 at conferences internationally. She dedicates her work to restore the balance between feminine and masculine energy in our culture.

Stephanie Farmer is a senior at Edmonds Woodway High School in Washington State and she is the founder and organizer of TEDxYouth@YostPark, the TEDxYouth event for the Edmonds School District. She worked tirelessly to put on the event and now wants to encourage the world to do the same.

Sumit Karn is a social entrepreneur, professional reporter, and service-focused professional with a strong commitment to serving the needs of disadvantaged youth and adults living in rural parts of the world with limited to no access to education, employment, and resources. India’s largest media publication house, Dainik Jagran, mentioned him as “one of the top change-makers of India” and Washington’s Herald Business Journal recognized him as one of the “Emerging Leaders of Snohomish County”. 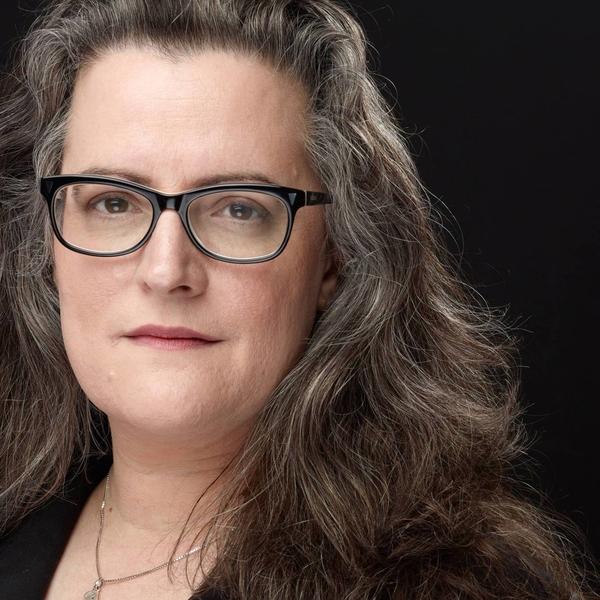