Ali is founder of The BoomBoss, dedicated to showing women over 50 how they can become their own boss with a fabulous income and lifestyle. She does this by training and coaching them on how to quickly and easily start, and grow, their very own expert-based businesses, using their life skills, expertise, experiences and knowledge. Ali is an award-winning business owner, management consultant, trainer, coach, speaker, author, hypnotherapist and Fellow of the Chartered Institute of Personnel and Development. Ali graduated from Warwick University with a degree in German & Business Studies in 1982 and spent a few years in Education and Marketing before entering the Learning and Development industry. After two senior management roles in the private and public sector, she took that entrepreneurial leap of faith, and set up her own consultancy in 1990. Since then she has helped nearly 55,000 people all over the world with their business, management and personal development.

Dr Nerina Ramlakhan has worked as a professional physiologist and sleep therapist for 25 years. She worked for a decade conducting sleep and wellness programmes at Nightingale Hospital in London, coaches on burnout prevention at Ashridge Business School and is the original founder of BUPA’s Corporate Wellbeing Solutions. Nerina works with individuals as well as numerous corporate clients. Nerina is author of Tired But Wired (Souvenir Press, 2010), Fast Asleep, Wide Awake (Thorsons, 2016), and The Little Book of Sleep: The Art of Natural Sleep (Gaia, 2018) and her work has been featured in The Times, Telegraph, New Scientist and others. She has also appeared on national TV and radio programmes, such as This Morning, Sky News and BBC Radio 2. As a former insomniac, Nerina combines her professional experience with academic and personal insights, and believes sleep problems are not simply about sleep, but rather about how we deal with life and its inevitable challenges.

Joe Lygoe is a Brand Strategist and helps businesses differentiate, grow, adapt, transform and cultivate their brands. Joe has worked in Advertising, Digital and Branding for over 20 years on large brands like Skoda, Matalan, TAG Heuer, HMV, Play.com to smaller brands and charities like RAFBF, SSAFA, IRC as well as a lot of FinTech start-ups and giants like World First and Paysafe. His most recent Brand Strategy work has focused on helping established businesses cultivate their brand audiences for growth and helping start-ups differentiate their brand for successful market impact.

Jon is best known for his gatecrashing of the music industry with his phenomenal ‘Rage Against The X Factor’ campaign, sweeping Rap/Metal band Rage Against The Machine into the sought after UK Christmas No.1 spot, and £160,000 raised for charity. A Guinness record for downloads was broken plus Facebook gave him his own personal member of staff to assist with the 1.6 million group members he amassed in 4 weeks. Jon has gained notoriety for creating the ‘Condescending Corporate Brand’, a fake company that lampoons large companies trying to ‘do’ social media. To date, it has caused riotous debate, resignations, walkouts and given Jon the title of 'Social Media Hellraiser' by FastCompany and the New York Times. He has spoken to audiences far and wide including the BBC, Facebook and Reading & Leeds Festival. He has also appeared in numerous ‘list’ TV shows and documentaries, made an appearance in two movies, acted in a TV advert and was even one of the understudies to ‘The Milk Tray Man’.

Preferring to go by a single syllable, J is a content marketer whose daily working life focuses on strategising, creating copy, training, educating but most importantly learning. As an ex-teacher, he has a keen interest in empowering others within their decision making. With a degree in creative writing, he deep-set curiosity around the eccentric and imaginative. On a more personal level, he's a sucker for home comforts, a hero dog-walker; part-time fitness, sports, and gaming enthusiast; and failing guitarist and climber.

Kim Moore wears many hats: entrepreneur, community organiser, marketing consultant, mom and a solo parent who lost her husband to alcoholism. Kim is committed to building communities: supportive positive environments where people can come together to find strength. She is on a journey to help others who love an alcoholic, promoting the need to talk about the elephant in the room, the difficult topic of alcoholism. Born in Canada, Kim moved to the UK in 1998 after a whirlwind romance, swept off her feet by a witty and charming Englishman. After years of trying to control life and her husband's drinking, often living in chaos, and isolated from her family in Canada, Kim lost her voice, afraid of the truth of how life was unfolding. Today she speaks openly of her story, one of great love, loss and new beginnings. Her aim is to help others find their way out of the bottle, regain control of their lives and begin a new story, filled with colour and joy once again.

National President-Elect for the Round Table movement

Matt Eaton is National President-Elect for the Round Table movement, a global fellowship movement. In the UK there are 350 Round Tables, each of them volunteer driven, and in 2019 the movement raised over £5.5 million for local good causes. Matt assumes the National Presidency in May 2020. He lives in Colchester and his local Round Table is Colchester Colne. He has worked in Parliament and now works in the care sector. From all his experiences in community activities, care and his Parliamentary work Matt has seen that meaningful progress in society happens at local level, amongst organised social and issue driven movements. Matt's favourite quote is from Winston Churchill: "We make a living by what we get, but we make a life by what we give."

Neil Gibb is a consultant, writer, speaker and social advocate who has worked for over 20 years with companies large and small, helping them apply new thinking and technology to improve their businesses. His clients have ranged from Shell, Barclays, the European Space Agency and the Nationwide Building Society to dozens of small tech firms, including currently a cryptocurrency and AI start-up and a data analytics company. Along the way he has published two crime novels, trained as a Jungian therapist and played a small but crucial role in the development of Viagra. His book, The Participation Revolution, was published in 2018.

Scott Everest started his career in the British Holiday industry and went on to manage some of the biggest hotels in London . He developed to become a Senior Project Manager with Travelodge and was assigned to work within the Customer Experience Team, solving complex problems and initiating behavioural change. He has also worked and consulted for local and national government, with previous project roles has seen him work with Disney and Google. He now works in the Property Industry and as Customer Experience Consultant for Inspire Colchester. He has been an avid and successful campaigner for issues surrounding dignity for people with disabilities. Scott has made multiple media appearances including the One Show and The Apprentice and is also a regular contributor to local radio as a political analyst.

Somdip Dey is a Ph.D. Candidate at the University of Essex & CEO of Nosh Technologies, an award-winning food tech company offering AI powered food management to reduce food waste in the household. In 2012, he invented a digital QR authentication system that was adopted by institutes around the world to stop the generation of fake degree certificates. While pursuing his MSc at the University of Manchester in 2014, his parents had a car accident that made him the family's sole breadwinner. Sending money to his family to support them left Somdip with an empty bank account & he was left to collect food waste from dumpsters. This led him to co-found Codeepy, a start-up committed to co-developing the world's first crowd food-sharing platform. It won the 3Scale API Award at the Koding’s 2014 Global Hackathon & inspired entrepreneurs to develop similar solutions. He has 10+ years of experience in developing cutting-edge technologies, including contracts with Microsoft & Samsung Electronics.

Toby is a multi-award-winning charity CEO, advocate and public speaker. He is a passionate supporter for the young adult cancer movement; sharing his experience of losing his brother to a late-stage cancer diagnosis, his personal journey through grief, and his knowledge of setting up a charitable organisation at 22. He has written several guest-blogs on the subject in industry- leading publications, spoken at worldwide events and continued to share his journey online, raw and unfiltered. In January 2018 Toby received the honour of being awarded the British Citizen Award for Services to Healthcare at the Palace of Westminster, recognising his exceptional effort to make a positive impact on society.

Vicky is a Senior Manager at BT and is accountable for the teams that support and manage all services, once they’ve been developed and delivered. Prior to BT, Vicky has over 12 years’ experience in the IT Service Management industry, most of which was with the Ministry of Defence in Westminster, London. Vicky credits her success to her passionate, ambitious, proactive and tenacious attitude towards her work, alongside the invaluable relationships she has formed with her mentors over the years. Now a mother of two young children, Vicky juggles her career around her priority of being mum to Savannah and Jasmine. Calling the balancing act a continuous guilt cycle, Vicky regularly talks about the struggles of being well respected in the workplace, whilst doing the best by her husband and children. 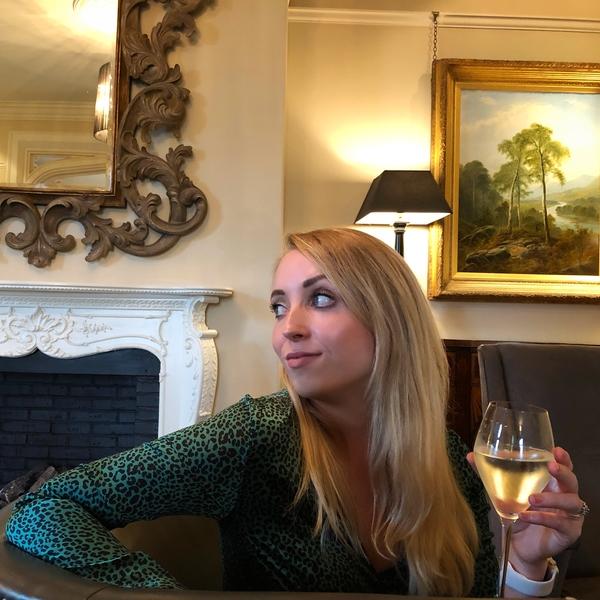