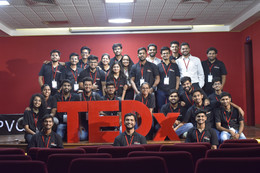 TEDxPVGCOET is an independently organized TED event which aims to bring to its’ stage ‘Ideas worth spreading’ from all over India. TEDxPVGCOET talks will encapsulate ideas around our theme, ‘Take the leap!’ exposing concepts, ideas and achievements that will motivate, inspire and introduce transformative topic to our audience.


We have escaped velocity and now Mars just seems to be so close. However, if one ponders, how much have we reached the inside? Our identity lies fathoms below the depth of our soul. As a society, we have always broadened our outreach, have tried to achieve materialistic epitomes and have lathered our identity with faux beliefs and momentary happiness. We are so comfortable in a superficial world that we have created for our own selves, that we are now plagued with a recalcitrant mind.
For the saddest summary of life contains three descriptions: could have, might have and should have. With the freedom and liberty given to us, it is high time that we start making mistakes, give our passions and ourselves a chance, throw in all that we have got and leap onto what life has got in store for us.
We need to rise up to the surface. We need to unhand our past virtues and take a leap. A leap, to surpass all the set barriers; a leap, to attain mental and physical stability; a leap, to conquer not the world, but our own self, a leap to flourish as individuals, for it’s your ideas and your belief in them that makes them worth spreading.
So, uncontain yourselves, let your thoughts converge and together let us enthuse to

A post-graduate in Film & Media from International Film School, Sydney, Australia, with a varied canvas of professional work experience in concept development, screenplay development, visualization and performance direction for Marathi, Hindi & English feature films, television commercials, corporate films, Abhiram ably leads the Creative Wing of the Aespaes Group. He has been trained under the mentorship of eminent screenplay writers & filmmakers like Jonathan Wald, Miro Bilbrough & Duncan Thompson. His thesis film ‘Renoir’, portraying the coming of age story of a shy introverted teenager trying to barge into the world of experimental theatre, was appreciated and nominated in many international film festivals like the Sundance International Film Festival & Busan International Film Festival in the short film category. He has professional experience of more than 5 years in the field of corporate filmmaking, television commercials & social media audio-visual promotion as well.

Achyut Godbole is an engineer, humanitarian, socialist & a distinguished personality. A graduate from IIT Bombay, he was the CEO of Patni Systems. He later headed many IT companies and served in the management positions for about 23 years. Achyut Godbole has shown keen interest in various fields such as Economics, Music, Literature, Science, Management & Psychology. He also has written books on these topics such as 'Boardroom' on Management, 'Nadvedh' on Music & 'Arthat' on Economics to name a few. Mr. Godbole has also written for various columns in various newspapers such as 'Zarpoora' on English literature, 'Tantra Mantra' on Technology, 'Vaidyakayan' on medicine & many more. Achyut Godbole hasn't frained away from helping the society. He works with Bhil Adivasis to make them aware of the ongoing development in the world. He has also contributed in building 'Ashiana'-a school in Mumbai for mentally challenged children. Achyut Godbole is one the rarest gems India has.

Gaurav Sangtani is Founder President of Jigyasa Foundation, a non-profit organization dedicated to education and working towards bringing back curiosity into education through innovative methods. He is interested in tech disruption and its impact on education, business, society and employability. He has been speaking on these topics at various institutes including IIMs & IITs. He has also been writing and speaking on Leadership. He has also been consultant and entrepreneur. He is a Finance professional, fellow member of the Institute of Chartered Accounts of India and working as Vice President for a Global Financial Services Firm.

Greg Ellis is recognized as one of the most innovative & versatile drummers in the world. He has performed around the world and recorded with musical artists from over 30 countries including Mickey Hart (USA), Zakir Hussain (India), KODO (Japan), Bickram Ghosh (India), Mahsa Vahdat (Iran), Tord Gustavsen (Norway), Yungchen Lhamo (Tibet), Chiwoniso Mairaire (Zimbabwe), Juno Reactor (England), Billy Idol (USA) & many more. He has released many critically acclaimed albums with his groups Vas & Biomusique, as well as his solo album Kala Rupa. His drumming can be heard on more than 150 film, television & video game scores, including 300, Argo, The Matrix Reloaded and Revolutions, Iron Man, Body of Lies, Transformers: Age of Extinction and many more. He has also composed full scores for numerous international film and television projects. Being a self-taught drummer & percussionist, his performances are completely improvised allowing him to not rely on what he’s learned but on what he feels.

Rohan Albal can be described as the Colonel Sanders of new age Indian motoring. He is a person who mounted on his bike and never really got off. With the acquired alias “TenHut” from his gaming career, he loves his Aprilia and hates long queues at McDonalds. He is the founder of a motor vlogging YouTube channel. ‘Those who don’t adapt fall behind, the key is to keep reinventing!’ This is what Mr. Albal feels. He is a person who has been in love with cars and bikes his entire life. It took a journey halfway around the world and ten years of his life for him to understand where his happiness lies. People have tagged him as an influencer but he still considers himself as a kid who is in awe of his cars and bikes. He loves driving so much that he says, “All I want to do in life is sit on a motorcycle and enjoy the cool wind into my face". This passion for wheels sowed the seeds of Powerdrift and now it has grown into a beautiful and a thriving tree.

Solicitation in the ocean inspires Saransh & shows how one can curl the whole space-time fabric by producing the amount of energy which affects everyone, not observed. The separation of you & me with “I” is remarkable. Mr. Sharma is not just an accomplished writer but also a multitasker. He has been working on multiple researches in mathematics and computer science & coding for Open Source. He has been writing a book about Blockchain & AI. He is a founder of ‘Upscale’, a technology firm in 2013 & has worked with the Ministry of Defence & Fortis Hospitals. He believes in producing work which is green & quiet but with a great impact over general health and well-being. It isn’t math, linear-algebra, Private key infrastructure or galios theory that made him who he is right now, it is the rigor & the awareness. Saransh wants to produce work which is green & quiet but with broad impact over the general health & well being with returns distributed over a spread, unlike instant gratification. 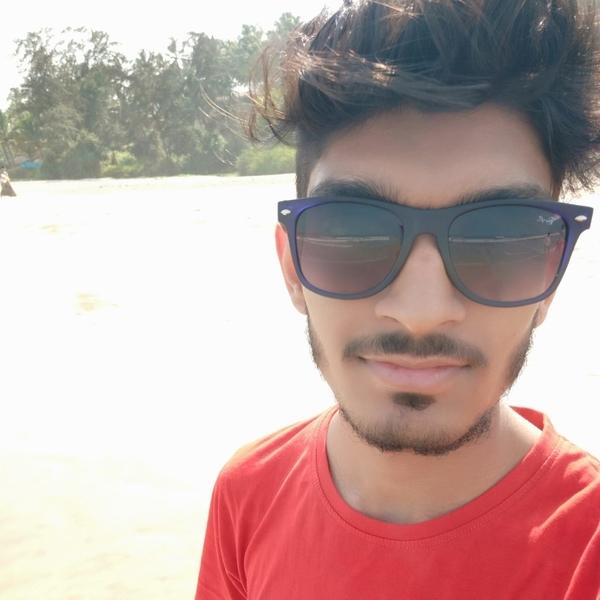