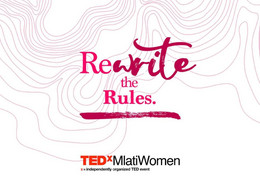 The concept of “woman” has long been misinterpreted by the deeply rooted patriarchal culture. In Java, especially, there has been a never-ending debate about women’s position in society. Do women simply exist as a subordinate to men, or do they naturally have a say in determining their own destiny?
This question was also once raised by Kartini, a Javanese literacy activist, about a century ago. Back then, women were not allowed to pursue an education and were forced to get married in their teenage years. However, since Kartini dared questioning the culture, and then took further action to build a female school, the history of women's emancipation in this land, had begun.
Unfortunately, gender equality is still a remote target in Indonesia. From the Global Gender Gap Reports, Indonesia’s rank in gender equality has fallen from 68th in 2006 to 85th in 2018. Evidently, there is still strong discrimination against women that we must fight against.
Driven by the same spirit as Kartini, TEDxMlatiWomen, as the first TEDxWomen ever held in Yogyakarta, aims to empower the local community in terms of gender-related issues. Despite the raising awareness in this matter, more and more actions need to be taken in order to unravel the taboos which have long been left unspoken, which urgency is denied by this society. In line with this year’s TEDWomen’s theme Bold + Brilliant, we wish to give an inspiration to this community and encourage people to at least start raising questions about these issues. We also wish to rewrite the rules of Javanese social construct which have subtly imprisoned the way women express themselves.
TEDxMlatiWomen is a platform, in which the women of Yogyakarta can together get empowered and inspired by our chosen speakers. This may as well be a place in which people can gather to discuss about the current women matters, or merely serve as a scene where everyone can find like-minded people so that they will no longer feel that they are on their own. Instead of simply being a one-time event, TEDxMlatiWomen desires to also have a long-term impact on the improvement of gender equality in Yogyakarta, especially in Mlati area.

Anggiasari Pujie Aryatie, was born with Achondroplasia. However, despite her condition, she is currently active as a legislative candidate for the Indonesian Parliament and as a social activist in several non-governmental institutions and social foundations that have a primary focus on issues related to disability, accessibility, human rights, women protection and empowerment, and education. She is also active as a founder and director of SamaSetara.org.

Ellen Kristi is a homeschooling activist. In an era that glorifies formal and conventional education, she believes that parents have an obligation to wholeheartedly take care of their children in their own way. This spirit then drove her to create an Indonesian Homeschooler Association community, where parents with the same vision can share experiences and curriculum related to homeschooling.

GKR Hayu's figure as a professional worker has changed people's perceptions about the role and status of women in the Ngayogyakarta Hadiningrat Palace. GKR Hayu, who is the fourth daughter of Sri Sultan Hamengkubuwono X and Gusti Kanjeng Ratu Hemas, was once a game producer for the global gaming company Gameloft. At present, GKR Hayu is the CIO of Tepas Tandha Yekti, which is a new department in the Yogyakarta Palace which manages information, technology, and communication. GKR Hayu studied design management and IT Project at Bournemouth University, before continuing the master's degree at Fordham University.

The initiator and CEO of Ibunda.id, a technology-based mental health service. Ibunda.id is mental health first aid that connects everyone who needs help to a suitable professional psychologist.

Ninik Supartini Mahar is a field manager in a production house called Elemental Productions. Her work, in addition to longitudinal research, is also set forth in a documentary that raises social and women's issues.

Dr. dr. Nova Riyanti Yusuf, SpKJ or Noriyu is a psychiatrist, politician, and writer who is actively fighting for mental health issues. As a member of the Indonesian Parliament, she formulated the mental health law in Indonesia. In July 2019, she also obtained a Doctoral degree in the field of Public Health, Faculty of Public Health, Universitas Indonesia with a thesis titled: Early Detection of the Risk Factors for the Suicidal Ideation among High School/Equivalent Teenagers in DKI Jakarta.

Rianto Manali is a Lengger Lanang dance performer. This dance is a dance from Banyumas that shows the practice of cross-dressing, a man that dance women figure, as the medium to express body, gender, and construction. Recently, he joined Akram Khan Company, England. Some of his outstanding previous works were Soft Machine – a solo work under the direction of Choy Ka Fai – and Medium that was performed in 2016, and has been performed at the Esplanade Da:ns Festival in 2018. In 2018, he presented his creation entitled Hijrah, which is Rianto’s creation about gender migration. It was performed on May 25 at ArtJog, Yogyakarta. In 2019, he became a cast in the film Kucumbu Tubuh Indahku (Memories of My Body), a film that lifts the story of Lengger Banyumasan and raised issues about Indonesian art that were threatened with extinction due to the rejection of its own community.

Sandeep Tarman Nanwani, a holder of BA (bio-medicine) and Medical Doctor (MD) degrees from Gadjah Mada University (UGM), used to work as a case manager at the Kebaya HIV Shelter in Yogyakarta, before he travelled abroad to pursue his MA in global health at Harvard Medical School. Kebaya is an NGO that focuses on the health problems of transgender women, including the prevention and treatment of HIV/AIDS. He was also a research assistant at the UGM HIV Working Group, and a volunteer counselor for several HIV/AIDS patient support groups, especially transgender people, sex workers, and women and children living with HIV. 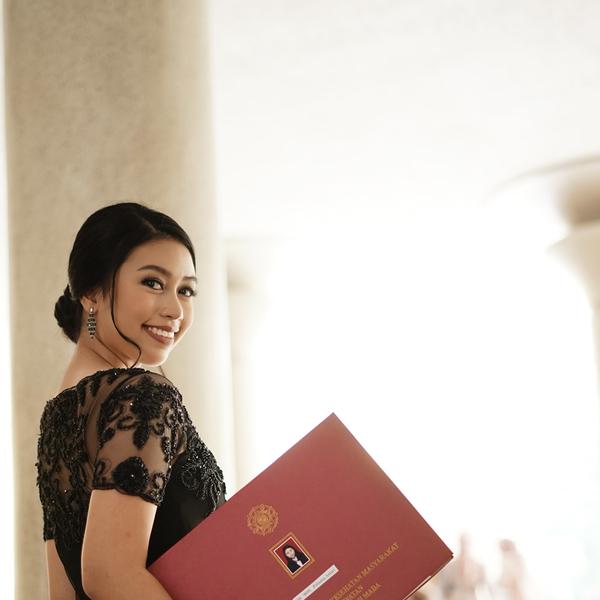