the Co-Founder and COO of Clobotics

Claire Chen is the Co-Founder and COO of Clobotics, a global leader in intelligent computer vision solutions for the wind power and retail industries. Claire spent her most important ten years of career with Microsoft Corporations. Claire was the business manager of Global Foundation Services, accountable for the global cloud infrastructure build out, including but not limited to, Data Centers, Networking Infrastructure and CDN services, which makes Microsoft as one of the top technical leaders in the cloud industry. Later, she worked as the director of business operations at Cloud and Enterprises Division, and was accountable for landing Windows Azure and Office 365 business in China. She was at an essential role of business strategy planning and implementation, managing the operating entity business, process and analyze the performance data for the overall cloud business in China.

Janny Lin started a life of searching way back to homeland, just after she visited Bishan village as an urban white-collar. She joined a project in Bishan about rural culture re-construction in 2011 and then became the vice chief editor of mook. In 2017, she started Zaochun Study Tour and Zaochun Fair communities, trying to connect urban people who are interested in local innovative activities, local cultural spaces, and transformation of urban society. She encourages urban people to understand the value of community and creat new lifestyles under globalization, which she believes will help construct our new homeland.

the Consul General of Sweden in Shanghai

Matthias Adensamer was born in Vienna. Studies of solo violin and chamber music in Vienna, study sojourns in Salzburg, Madrid and Moscow, studies with the Altenberg-Trio, the Amadeus, the Alban Berg, the Tokyo, the Hagen and the Borodin Quartets, successful participation in international competitions with the Drach and the Metropolis Quartets, concert tours through Europe and abroad, new foundation of the worker´s concerts in Viennese municipal flats, management activitites in the fields of label and concert organization, since 2007 holding the position of second violin in the Vienna-based Razumovsky Quartet.

Rosie Zhang is the co-founder and VP of Cloudpick, a startup company that uses artificial intelligence technologies to help upgrade concrete-and-mortar stores into the world advanced new digitalized stores with grab-and-go shopping experience delivered to the shoppers. She is responsible for maximizing an organization's operating performance and achieving its financial goals. She tends to have a broad array of responsibilities ranging from communicating with the board of directors to preparing operating financial budgets to oversee a global marketing strategic plan. Before joining Cloudpick Technology, Rosie works at the University of California, Burns School of Engineering, She holds an MBA degree from the California University of Gary Anderson School of Business. More information about speakers are under updating.

Ms. Luo has 15 years of experience working at the World Bank Group. She has worked in the operation, research, and evaluation departments, and conducted country work in the East Asia and Europe and Central Asia Regions. She led the enterprise aspect of the World Development Report 2014, Risk and Opportunity. She recently task managed the joint research in e-commerce between the World Bank and the Alibaba Group, China. She published over 50 articles on poverty and inequality, growth, labor market, spatial economy, global value chains, business environment, and trade facilitation issues. She coauthored a book of Multilateral Banks and the Development Process: Vital Links in the Results Chain (published by Transaction Publishers, 2012). She is ranked the top 10% of authors by all-time downloads on SSRN.

Shanghai Young Choir is a well-known white-collar choir in Shanghai. It is advocated by Professor Ren Baoping, a famous cantor. The name of the choir means "youth on the wing". The members of the team are all white-collar workers in Shanghai. Since its establishment in 2012, the choir has held five consecutive annual special concerts, performing works of classical, popular, folk, musical and other styles, cooperating with famous musicians Li Guyi, Jin Chengzhi, Wen Yuchuan, etc. At the same time, the choir adheres to the development of public welfare, entering the government and enterprises, being closed to the young white-collar workers, and delivering the charm of choir. It not only strives to build a characteristic community and innovation facility for contemporary youth to learn the art of choir and feel the beauty of harmony, but also hopes to pass on love and caring through the art of choir, so as to find a spiritual paradise for young white-collar workers outside the tense work.

Zhang Yuxia, partner of Shanghai Shenhao Law Firm, and serves as a female lawyer for public interest. She is a guest lawyer for various TV legal mediation programs like "Lao Niang Jiu" and "Legal Secret Service”. With a sharp, professional and intimate style, she is quite popular, and the audience affectionately call her Xiao Zhang lawyer. In July 2013, the Jing’an District Judicial Bureau and the Jing’an District People’s Procuratorate jointly established the first professional legal aid organization for minors named after a lawyer, “Zhang Yuxia Minor Legal Studio”, and has hosted more than 1,000 legal aid cases. She has served more than 5,000 hours and provided legal aid to more than 10,000 people, especially young, sexually abused children and their families.

The first Chinese woman who successfully climbed Mount Everest from south and north sides, co-founder of Unlimited Her Foundation

Zijun Han is the founder of Shanghai Zaitu sports development co.,Ltd. and a co-founder of Unlimited Her Technology(Shanghai) co., Ltd., as well as a co-founder of Unlimited Her Foundation. She is the first Chinese woman who has successfully climbed Mount Everest from both south and north sides. Since 2013, Zijun has climbed 28 high-altitude peaks. On May 20, 2016, she reached the summit of Mount Everest from the north side (Tibet, China). On May 22, 2017, she again ascended the Everest summit from the south side (Nepal). She has also climbed the highest peaks of six continents, and skied to the South Pole and North Pole. In 2015, an avalanche at Everest Base Camp triggered by the magnitude 8.1 earthquake in Nepal gave her a "Everest kiss" on the forehead. The narrow escape from death helped her understand the smallness of human compared to nature and the true meaning of life. In the past six years, she gave 48 free public speeches about how outdoor sports changed her. 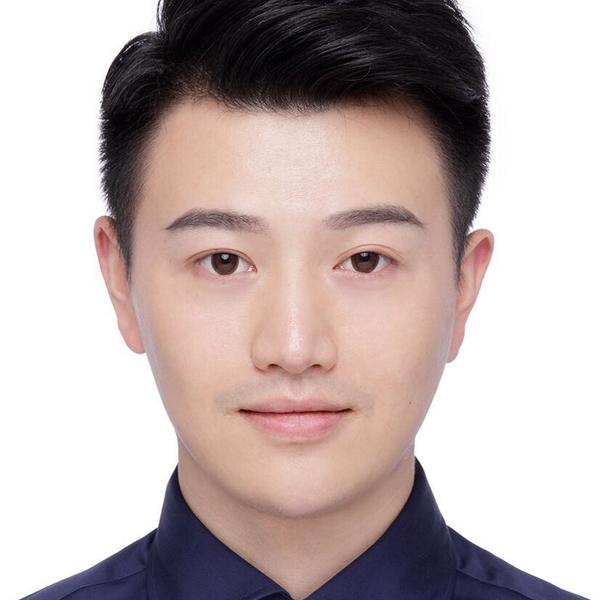