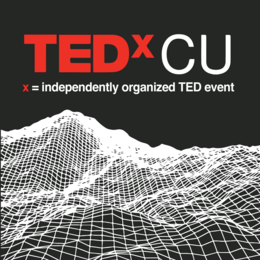 Join us for our virtual event: TEDxCU 2020: Pale Blue Dot. Registration is free! Donations are very much appreciated.
About this Event

On February 14, 1990, NASA’s Voyager 1 took an image of earth from 4 billion miles away. To celebrate the 30th anniversary of this iconic image, TEDxCU 2020 speakers will inspire and challenge us to think about how our past and present could shape our future.

Due to the global pandemic we will not host a live audience. Instead, we will be offering a free livestream. Registration required. Livestream links will be e-mailed the week of the event to those who have registered.

"Look again at that dot," Sagan wrote in his book "Pale Blue Dot." "That's here. That's home. That's us. On it everyone you love, everyone you know, everyone you ever heard of, every human being who ever was, lived out their lives. The aggregate of our joy and suffering, thousands of confident religions, ideologies, and economic doctrines, every hunter and forager, every hero and coward, every creator and destroyer of civilization, every king and peasant, every young couple in love, every mother and father, hopeful child, inventor and explorer, every teacher of morals, every corrupt politician, every 'superstar,' every 'supreme leader,' every saint and sinner in the history of our species lived there -- on a mote of dust suspended in a sunbeam."

Antonia Juhasz is an award-winning investigative journalist and author. Her bylines include Rolling Stone, Harper’s Magazine, Newsweek, The Atlantic, CNN, Ms., The Advocate, and The New York Times. She is the author of three books: Black Tide: the Devastating Impact of the Gulf Oil Spill, The Tyranny of Oil, and The Bush Agenda. Antonia reports from the frontlines of conflicts over fossil fuels and the climate crisis, including from Afghanistan, the Amazon, the Alaskan Arctic, and a mile below the ocean’s surface in the Alvin submarine in the Gulf of Mexico. Her investigations focus on oil and the communities most impacted by and resisting its harms. She highlights women and girls, as their stories are least often told. She follows a trail of oil as it seeps into virtually every corner of human existence: politics, economics, health, human rights, struggles for equity and justice, war, peace, the environment, and climate. She is a 2020-2021 Bertha Fellow in Investigative Journalism.

Jota Samper is an assistant professor in the Environmental Design (ENVD) program at the University of Colorado Boulder. His work concentrates on sustainable urban growth and dwells at the intersection between urban informality and urban violent conflict. He obtained his BA in architecture in National University of Colombia in Medellín, a Master’s in City Planning from MIT and a PhD in Urban and Regional Planning, also from MIT, where he also taught as a lecturer. He is a co-founder of Mobility/Movilidad a nonprofit dedicated to choreograph meaningful conversations, video archive and mapping with marginalized communities.

Michon Scott is a science writer, web designer, and amateur science historian. For over 20 years, she has written about satellite remote sensing, geology, wildlife, and climate for NASA and NOAA. In her spare time, she volunteers as a fossil preparator, and maintains a website about the history of paleontology.

Nora Alwah (she, her) is a queer cis-woman of color, an immigrant from Denmark and Comoros, and identifies as an "in-between'er", belonging neither here nor there. Nora is passionate about fiercely challenging systemic oppression and empowering people to reclaim their unapologetic truth and innate power. She is a somatic psychotherapist and coach and a social justice educator. Through both her work and her own lived experience, Nora has developed a critical awareness of the relationship between trauma and oppression. In her private practice, Nora specializes in working with marginalized populations, including people of color, bilingual and multicultural individuals, immigrants, queer people, and transgender and gender non-conforming individuals.

Activist, Educator, Writer, Artist (Assitant Director of Public Achievement and Communications Manager for the Center for Community Based Learning and Research at CU Boulder)

Soraya (she, her) is an immigrant from Trinidad and Tobago. She is the first in her family to graduate from college and attend graduate school where she studies Public Administration, Policy, and Law while co-leading Public Achievement and managing communications at CU Engage. For four years, she has guided youth to address injustices in their schools and communities. She has co-taught community organizing and education as a tool for social change to university students and k-12 students. Her work is guided by her ancestors' lived experiences and her own, by actualizing equity and justice in a world that human hands have built barriers to separate us further, and by choosing to practice revolutionary love. She is the creator of Empathy Grown, selling handmade jewelry paired with writing inspired by her intersectional identities and this pandemic and racial justice movement. You can follow her and her work on Instagram @sorayalatiff, @cupublicachievement, and @empathygrown.

Professor of Political Science at the University of Colorado Boulder. He has also held the Chair in Public Policy and Political Economy at the European University Institute (EUI) in Florence, Italy and was a Senior Visiting Scholar at Oxford University in the UK.

Sven Steinmo is Professor of Political Science at the University of Colorado Boulder. He has received numerous awards for both his teaching and his writing including the European Research Council’s, “Advanced Researcher Frontier Grant,” the “Riker Award for the Best Book in Political Economy,” and the “Gabriel Almond Award for the Best Dissertation in Comparative Politics.” His writings are read widely around the world and have been translated into 7 different languages. Steinmo’s books include: “The Leap of Faith,” “The Evolution of Modern States,” “Growing Apart? America, Canada and Europe in the 21st Century;” “Restructuring the Welfare State,” “Structuring Politics,” and “Taxation and Democracy.” He is currently writing a new book provisionally titled: "Killing the Dream: How America lost its way."

Will Bangs is a History graduate from the University of Colorado at Boulder. He is also an expert quitter, having learned only the basics of three languages, discontinued four instruments and left over five youth sports teams. As a lifelong giver-upper he is devoted to helping others identify the stressful often unnecessary obligations of their lives and give them up with honesty and integrity. 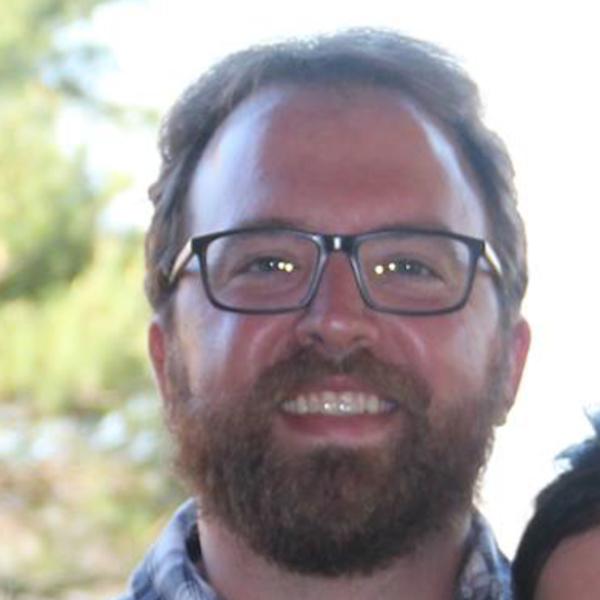