At TEDxĐaKao: “Delayed Gratification”, speakers are coming from diverse backgrounds will share their subtle and meaningful idea of the process of resisting the temptation of an immediate reward in preference for a later reward.

You will discover the value towards building your life value, observe and discover a diverse range of the meaning of rewards; our Talks topics are about Human Connections, Psychology Approaches to Generations' Gap, Vietnamese Cultural Value and Business Ethics, Career Grow in Industry 4.0, Community Practices, and some much more of interesting performance, networking opportunities through meaningful values, gifts that hold Vietnamese value!

Our event got featured on:
Business Insider: https://markets.businessinsider.com/news/stocks/transformative-inspirations-has-been-well-conducted-by-tedxdakao-1028506331?fbclid=iwar2w_-qinmpxundc05mpen1tiy4ujmjzmxhdxvbq1w8r1mfsnfmcmhomyxc
Similar published by AsianOne and Yahoo Finance!

The story of "Lotus Dream" Lotus is very close to the hearts of Dong Thap People in particular and Vietnamese in general. However, the lotus plant has not yet promoted its potential values to make the life of lotus farmers better. So how to enhance the value of the Lotus tree? When it comes to the world cherry blossoms we know it's about Japan, the Tulips is from Netherland. When it comes to Vietnam, we are proud of "the purity in the national flower". However, the characteristics of the Lotus cannot be preserved well and develop properly. How can a Lotus reach out to the world and become a top choice when it comes to meaningful, sophisticated Vietnamese presentation? "The Green Equity" Green equity is what Ecolotus pursues and inspires everyone. With the desire to protect the environment and hope Ecolotus presentations will be the inspiration for communities to act together, protect the greenery, save our Earth.

Elsie has devoted her career on preserving one of the national strength of Vietnam - Handicraft Fashion that made from Bamboo. Elsie was going into the largest forest in Vietnam - Truong Son by herself to search for the leaf that originally used for Vietnamese Conical Hat; continue from that, she constantly searches for the underprivileged villages or household to invest in developing their skill and recover Vietnamese Handicraft Dream. Her Japanese mentors/ business partners guided her to build an ethical business, build a wish of reserving and developing what are our national strengths and uniquenesses; it's because Japan has lost many of their traditions and they wish Vietnamese will see the expiring trends of what hold national values and image. Elsie will share her beautiful yet exciting of 5 years and many more of Exporting Heritage/ Sustainable Fashion

Kathy Uyen is a Vietnamese-American film actress/ director/ acting coach. Her success has known as a triple threat (writer/producer/ actress) in 2013 box-office hit How To Fight In Six Inch Heel, it has also landed her second prestigious Golden Kite Award for Best Leading Actress 2014 in Vietnam. Before this, she starred in Fool For Love which broke box-office records for opening day in 2010. Her debut performance introducing her to Vietnam audiences was Passport To Love movie which won her first Best Supporting Actress award at the 2009 Golden Kite Awards. In Los Angeles, Kathy was featured in numerous films and television shows such as How I Met Your Mother, Asian Stories (Book 3), Skidmarks, and others. Kathy is the most sought out Acting coach for rising and celebrity film actors in Vietnam. Currently, her directorial debut on Chi Chi Em Em a romantic psychological thriller ft. Thanh Hang, Chi Pu, and Lanh Thanh as the main casts, will be released on Christmas 2019.

Phuong is a Counsellor trained in the Person-Centered approach founded by Carl Rogers. He completed his Masters in the University of Nottingham. In his practicum he worked as a sixth form counsellor helping young adolescents to cope with anxiety and various stressor around academic performance, family and social pressures. Phuong also worked with The Human Flourishing Project, a non-profit community service founded by staff members of the University of Nottingham that provides free counselling to the people of Nottingham where he worked with clients of a wide range of age and problems (bi-polar, depression, anxiety, PTSD, bereavement) In his work Phuong focuses on facilitating self-awareness and getting clients to get in touch with their own process. He strongly believes on the client’s ability to make sense of their own story and choose what’s best for them when met with empathy and unconditional positive regard.

Having held many important positions in VNPT, especially in charge of internal training for the group, Mr. Thanh is a person who understands the importance of preserving, developing and sharing knowledge collectively to serve goals towards human development, as well as improving business efficiency. Mr. Thanh is a visiting lecturer of courses on leadership and innovation at John Von Newmann Institute - Ho Chi Minh City National University. He holds a Master's degree in cybersecurity at the French National Telecommunications Institute (Institut National des Telecommunications- France). Additionally, Mr. Thanh is an independent consultant for organisations, corporations, corporations on knowledge management, human development, internal customer care and internal systems setup. His clients can be mentioned as Netsoft, Saigon Post (under VNPT), Bibomart and many domestic and foreign agencies and businesses.

At work, Tien finds ways to tell stories, create environment and motivate people and management to change behaviours and directions to capture opportunities. Outside of work, Tien is a curious engineer, who explores the world and seeks application to his job and life. Latest developments in cosmological theories & explorations, brain science developments, pre-historic civilisations are his common conversation topics. Tien is also a community person & likes to push boundaries. He co-founded USGuide, Connek volunteer networks, & serves as a member of Newborns Vietnam Board of Trustees. He is actively coaching volunteers and young tech entrepreneurs. He seeks to create deep change in people's behaviours without much money and power. He also experiments with applying business and communication techniques into social movements. In parallel universes, one would find other versions of Tien being a coach, a yogi, a martial art instructor, a social worker, a brain scientist or a cosmologist. 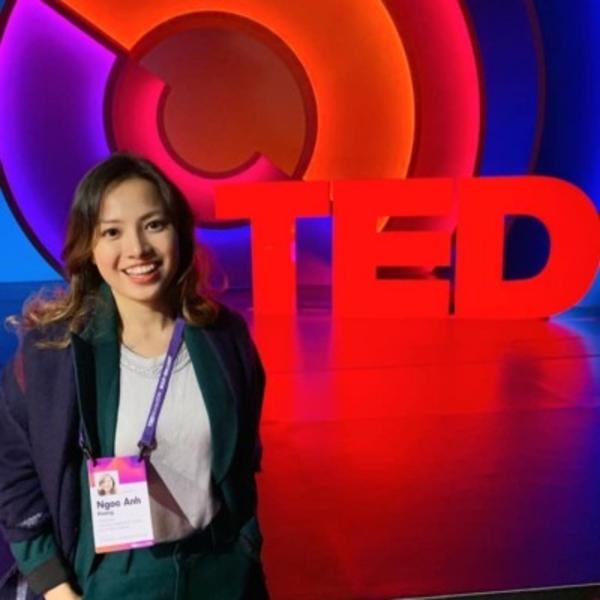