Theme: In Search of Truth

Astrophysicist at the University of Amterdam (Anton Pannekoek Institute of Astronomy)

Dr. Athira Menon is a postdoctoral fellow at the University of Amsterdam. She is a theoretical astrophysicist and studies the evolution of stars especially those of binary stars, with the help of mathematical models and computer simulations. She is this year’s winner of Fame Lab, Netherlands and runner-up of Fame Lab International- the world’s largest science communication contest. She is also a proficient dancer in the style of Bharatanatyam, India’s ancient classical dance.

CEO of the Netherlands Institute of Sound and Vision

Eppo van Nispen tot Sevenaer had a successful career in broadcasting, being one of the first people to use digital interactive formats. He decided to dedicate his knowledge of digital media and how people use them to the future of libraries. He set up the highly acclaimed DOK Library Concept Center in Delft and worked together with the best scientists to create the world’s most modern library. In 2008 DOK was chosen by international experts as the most innovative of all libraries worldwide and in 2009 it was named the best library in the Netherlands. Today Eppo is the CEO of the Netherlands Institute of Sound and Vision, the second biggest audiovisual archive of the world. It serves as an avtech-platform for cultural heritage as a human memory that works together with famous scientists all over the world. They work on search intelligence, digital forensics and preservation. Eppo is also president of a national thinktank in Big Data.

Spokesperson of the Cannabis Retailers Association

As head of leading cannabis dispensaries in Amsterdam and Barcelona, Joachim Helms has spent his career fighting for cannabis legalization. Joachim works for the Greenhouse organization, founders of the dispensaries synonymous for highest quality and winners of many High Times Cannabis Cup awards. Joachim and the Greenhouse offer a new kind of transparency and openness. Setting up Strainhunters - a behind the scenes look at the business of growing and sharing the ins and outs of canna-business via Joachim’s popular social media accounts. Joachim is also representing the Dutch cannabis business when debating issues of legalization with the Dutch government.

Joop Hazenberg is a writer and EU expert. He has worked for over a decade on European integration and is based in Brussels since 2013. He is currently employed by the GSMA, the global trade body of mobile network operators, as EU External Affairs Director. After a career in governmental circles in The Netherlands, Joop became a freelancer, developing projects on major shifts in society. Since 2009 he published five books and one documentary, gave dozens of keynote speeches at (international) conferences, had many media appearances (including BBC World) and founded a think-tank in the Netherlands.

Josephat Torner is a human rights activist with albinism, who has dedicated his life to raising awareness and acceptance towards people with albinism in his home country of Tanzania and other sub-Saharan African countries. People with albinism in Tanzania and other 27 sub-Saharan African countries are at constant risk of persecution and murder by those in their countries, who believe that their body parts should be sold to witchdoctors in order to bring wealth. Josephat Torner raises awareness in albinism worldwide and teaches the people with albinism what they can achieve, empowering them to get an education, raise families, start businesses, and live like everybody else. He has set up UN demonstrations and his efforts have resulted in children with albinism being enrolled in schools, as well as an educational community centre and funds to provide material aid.

Maayke-Aimée Damen is a pioneer in circular economy and sustainability. She has been working towards reinstating waste as valuable resource through various companies and projects. With her passion for sustainability, sharp intellect and strong will, she has become a driving force in the field. Currently, she is the founder of the Excess Materials Exchange (EME): a marketplace where companies can buy and sell any type of excess material and/or product. The EME actively matches the supply and demand of materials with their highest value potential to create continuous material loops. Maayke has won MIT Innovator under 35, Emerging Innovator for the Ellen MacArthur Foundation CE100 network and Financial Times Top Talent in the Netherlands. Previously, Maayke-Aimée Damen developed the Resources Passport that has now been made into Dutch and European policy. The passport is currently being used by the EME and many other companies to start mapping the material metabolism of our economy.

Graduated Cognitive Neuroscience Student at the University of Amsterdam

Natalie Dikken is a graduated Cognitive Neuroscience student at the University of Amsterdam. While she says to be fond of the human brain, throughout her studying years she has come to be an advocate of nutrition and health, wishing to spread word in particular about the gut. It was the result of her inquisitiveness facing personal health hiccups that made her discover the importance of the gut-brain interaction. Our everyday lifestyle and the things we eat have a great impact on how our brains function. Natalie wishes to create awareness for this topic, which she considers should be openly laid out on the table not only because of its possible everyday impact on our feelings and behavior, but also since it holds the potential to be a great preventive but also therapeutic solution to many mental health disorders. 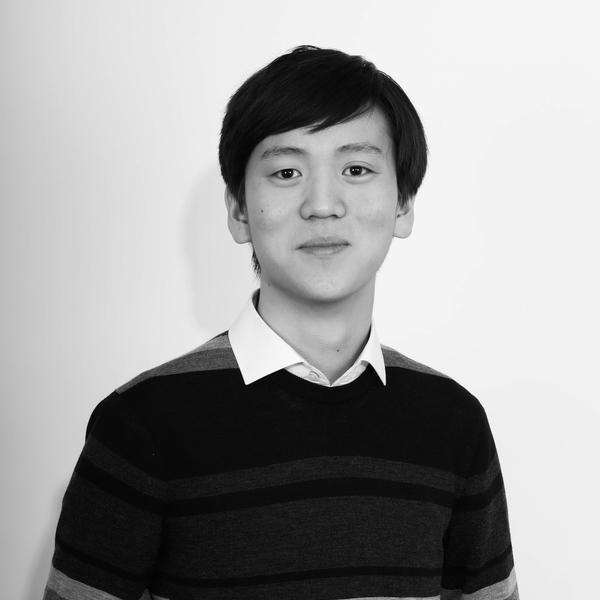