TEDxOhioUniversity is an independently organized event licensed by TED and will offer participants the opportunity to connect with proven and successful visionaries who have propelled ideas into action. Thought leaders from across the region will provide presentations that focus on the theme “Thriving in Rural Communities.”

TEDxOhioUniversity 2020 “Thriving in Rural Communities” aims to highlight and spread positive thinking and ideas associated with the challenges and opportunities that exist when living, working – and most of all, thriving – in rural communities and beyond.

Situated in the foothills of Appalachia, Ohio University is home to students, faculty, staff, alumni and friends who will benefit from the overwhelming sense of pride and social upliftment through the stories of experts who have experienced life and success while living and working in rural communities.

TEDxOhioUniversity 2020 “Thriving in Rural Communities” will create atmosphere where inspiration and excitement overcome fear of failure and instead, trigger the development and expansion of new ideas into working possibilities – an atmosphere where rural communities can be celebrated with “ideas worth spreading.”

Chuck Sulerzyski is the President, Chief Executive Officer and Director of Peoples Bancorp Inc. and Peoples Bank. He joined Peoples in 2011 and has overseen the growth of the Bank from $1.8 billion to approximately $4.4 billion. Sulerzyski earned his BA in Economics from New York University and his MBA in Marketing from Fordham University Graduate School of Business. While his NY upbringing and accent make him an unlikely candidate to talk about rural development, his company has had a meaningful impact across its Appalachian footprint. Peoples Bank has over $2 billion in loans in Southern Ohio, Eastern Kentucky and Western West Virginia. Peoples Bank has won the Governor's Award for the Arts by sponsoring the opening of Peoples Bank Theatre in Marietta, Ohio. The theatre had previously sat empty for over 30 years. Chuck is one of seven individuals picked by former Governor Kasich to work on economic development in Southeast Ohio.

Jenny Stotts is an Athens County native and a graduate of Ohio University. She works as the Executive Director of the Athens CASA/GAL Program and the Regional Director of Southeast Ohio CASA. She has focused her career and volunteer work on supporting youth and families, particularly children in and from foster care, a cause she deeply believes in because of her own lived experiences. Stotts is committed to building community connections that benefit every child and every family. She describes herself simply as mother, wife, daughter, friend, advocate, rotarian and trouble-maker.

Award winning performance poet, photographer, and founder and executive director of the Women of Appalachia Project™

Kari Gunter-Seymour is an award winning performance poet, photographer, and founder and executive director of the Women of Appalachia Project™, (WOAP™) a 501(c)(3), non-profit arts organization she created to empower a growing network of spoken word and visual artists, providing opportunities for participants to become strong advocates/activists for Appalachia by sharing their words, art, culture and experiences in public forums and annual print anthologies; creating a force, unified and non-violently confrontational, to address the ever pressing issue of stereotype and marginalization of Appalachians.

Melissa Damico is a sophomore at Ohio University’s Honors Tutorial College, where she is majoring in Environmental Studies; receiving a minor in Sociology; and pursuing a certificate in Law, Justice, and Culture. Melissa is currently doing research with the Grey Green Alliance, an initiative she founded, and looks forward to working to mitigate the vulnerability of those who will be most negatively impacted by climate change.

Michelle Shively is Director of Project Development for True Pigments, LLC, which was founded as a social enterprise of Rural Action in 2018, with a vision to turn the environmental destruction of yesterday’s extractive industries into vibrant & regenerative environments and economies for the future, creating colors for a cleaner world. She previously served as Rural Action's Sunday Creek Watershed Coordinator for nearly ten years. During that time she worked throughout Appalachian Ohio, developing and implementing water quality projects addressing impairments including acid mine drainage (AMD), sedimentation, wastewater and protecting endangered aquatic species. She is a Bobcat alum twice over, earning a BS in Environmental Geography and a MS in Environmental Studies from Ohio University. She serves as the President of the Ohio Mineland Partnership and Chair of the Appalachian Ohio Watershed Council. Michelle is happiest with her feet in the water, whether she’s relaxing or working.

Quinn Alexandria Hunter is a sculptor and performance artist who completed her MFA work at Ohio University. She works primarily with hair and the African American female body as material. Quinn is interested in the erasure of history from spaces and how the contemporary uses of space impacts the way we as a culture see the past. Her work negotiates between the self and the world. Hunter’s practice is contending with the false narratives of a romanticized past and interrupting them by laying a truth next to them. Using hair weave, a material that is culturally, socially, and physically connected to the Black female body to make her objects, she is connecting the Black female labor and pain to a space and time that it is contemporarily being erased. Through making Hunter remembers them and is re-inscribing their labor back into place in the heart of Appalachia where the underground railroad once ran.

Shawna Bolin is an alumna of Ohio University with a passion for the people and places that make up OHIOs vibrant campus community. In her role as Associate Vice President for University Planning, Shawna has developed a collaborative, holistic approach to campus planning that advances the University’s academic mission and engages the community in charting a dynamic and sustainable path forward. By imagining what is possible and creating clarity in realistic, transformational approach, Shawna has helped the Univeristy leverage spaces and places to improve interdisiplinary collaboration, increase efficiency, and strengthen campus and community parterships that make OHIO distinctive.

Dr. Tanisha King-Taylor is a three-time alumna of the University of Illinois at Urbana- Champaign having earned a Bachelor's degree in Sociology, a Master's degree in Social Work and a Ph.D in Education Policy Organization and Leadership. Her research is centered on Black women, microaggressions and the myth of the Strong Black woman. Her inaugural book "Out of Battle into Freedom" was accepted into the 2017 NAACP Author Pavilion and has been described on Amazon reviews as "incredible" and a "must read." Tanisha is a proud member of Zeta Phi Beta Sorority, Incorporated and has been featured on WEFT 90.1 FM, has served as a panelist on a Black Lives Matter news special which aired on WCIA 3 and is a former politician, having served as a member of the Champaign County Board. Her podcast The Tanisha King-Taylor Show will launch soon where she will discuss social justice, politics, women empowerment and more. Most importantly, Tanisha is a wife and mother of three. 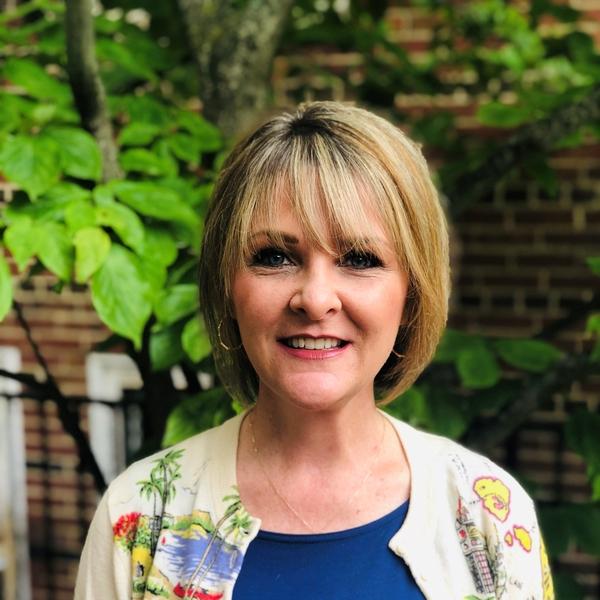